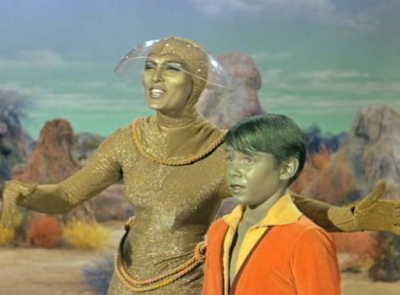 Imagine having green skin, for a moment.  Sounds pretty weird, right?  In fact, it might not be easy being green.

And yet, throughout cult-TV history, producers, writers and make-up artists have imagined alien and monstrous beings that are, literally, green in the face.  Often times in such programming, there is a kind of sexual fantasy involved with green-skinned women. 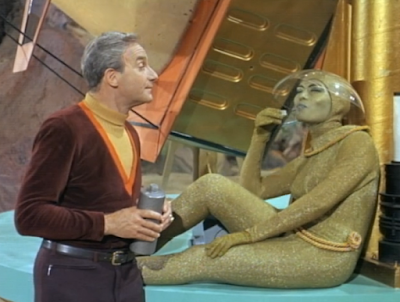 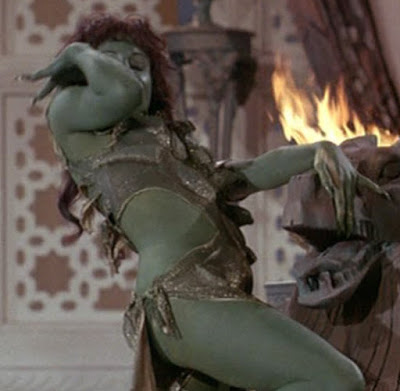 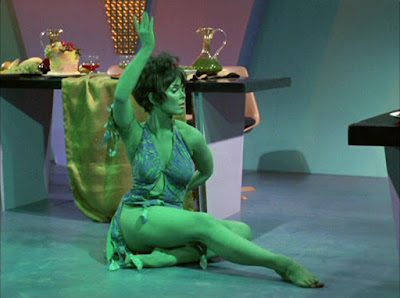 The very first Star Trek (1966-1969) pilot, “The Cage” sees Captain Pike (Jeffrey Hunter), seduced by Vina (Susan Oliver), a character who disguises herself as a green Orion Slave Girl.  It is said that such Orion women are irresistible to human men.

The sinister, humanoid, organ-stealing aliens of Gerry and Sylvia Anderson’s UFO (1970) are also green-skinned, though as some episodes point out, this coloration may be due to the demands of space travel and its stresses. 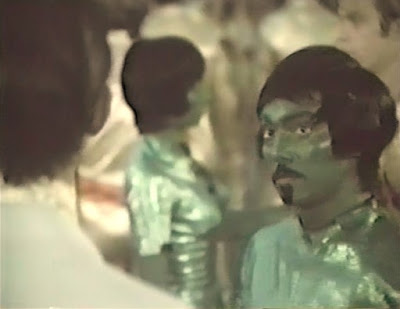 In the short-lived sci-fi series set in the Devil’s Triangle -- The Fantastic Journey (1977) -- weird green beings are discovered to be living in a bog in the episode “Beyond the Mountain.”  They have been forced to live there after being turned out of their home by an American, Willaway (Roddy McDowall) trapped in the Bermuda Triangle. 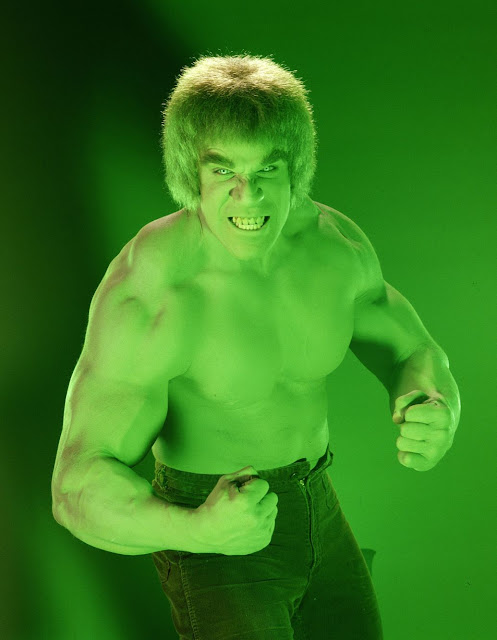 The most famous green-skinned TV denizen is undoubtedly the Hulk (Lou Ferrigno). For four seasons, David Banner would get angry and turn into this fearsome green-skinned being, on The Incredible Hulk (1978-1981).