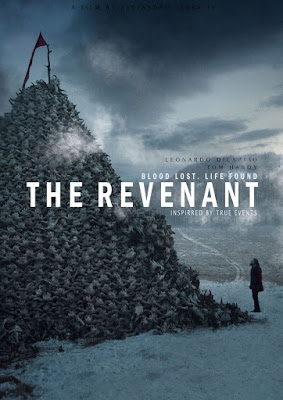 With his back-to-back directorial Oscars, Alejandro Inarritu is obviously the top of the industry right now, but what the world really wants to know is "what does JKM think of him?"

A few years back, when Pan's Labyrinth was out from Guillermo del Toro and Alfonso Cuaron was helming one of the Harry Potter films, there was talk about how the great new wave of fantasy filmmakers was coming from Mexico.

While I don't think Inarritu is exactly a fantasy filmmaker, there's no question his work has fantastic elements, and his links to speculative fiction are definitely there, so I'm curious how you view his work.

The two films I'm most curious about from you (perhaps obviously) are Birdman and The Revenant.

Note: I have not actually seen The Revenant yet, but I am looking forward to it, and I thought Birdman was a fascinating film, recalling for me A Double Life.

I was impressed at what I saw as magic realism on screen in that film, and I thought the performances were first rate, but I'm more interested now in what you thought." 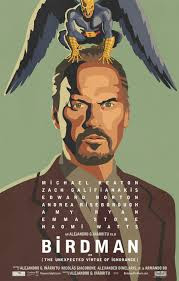 Hugh, thank you for such a terrific question.  I will devote Tuesday and Thursday reviews this week to the two films you named.

So this week, I'm going full Inarritu on the blog.

I don't want to keep you in suspense too much, so I will acknowledge that I am a big fan of magic realism as a mode for cinematic storytelling. A dear friend of mine in L.A. introduced to me to the tenets of that format about a decade-and-a-half ago, and I always enjoy seeing it played out on the silver screen.

I also very much admire the two films you mentioned.  It may surprise you, but I feel that Birdman is the superior of the two films.

So first up, tomorrow, is Birdman!