At Flashbak: They're Ideal - The Great 1960s Toys of Marvin Glass 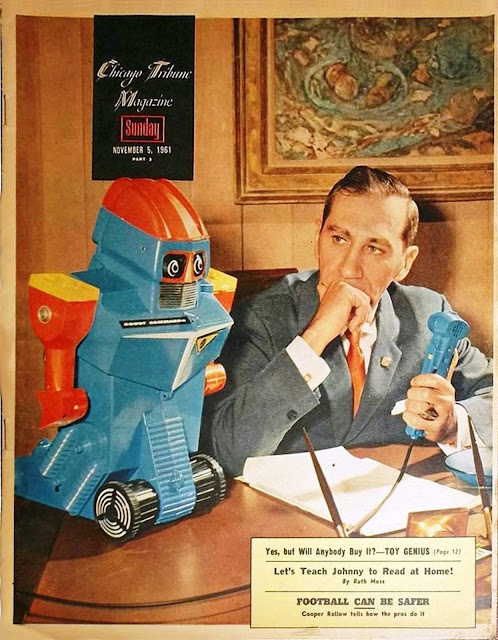 My second Flashbak this week looked at the artist and inventor behind some of the greatest robot/adventure toys of the 1960s: Marvin Glass.

Here’s a snippet and the url (http://flashbak.com/theyre-ideal-three-amazing-toys-1960s-designed-marvin-glass-56931/) 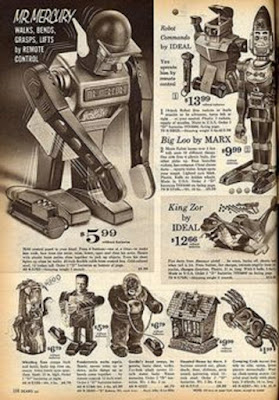 Given his record and history, that title is no exaggeration.

This is, after all, the genius who created Rock ‘Em, Sock ‘Em Robots (Marx), a toy you will still find in stores today, decades after its creation.

But from 1960 to 1963, working with Ideal Toy Company, Glass designed three of the greatest sci-fi/fantasy toys of the decade.

First up is 1960’s Mister Machine. This styling robot is eighteen inches tall, wears a top-hat, and is composed of visible gears.

Replete with a wind-up key in his back, Mr. Machine was sold with 44 pieces and a wrench so that kids could take apart and rebuild this cheery-looking machine…”