It is a pulp sci-fi story about a mad scientist, Dr. Strange (Michael Kermoyan) who must acquire a robot called P.O.P.S. to complete his plans for world domination.

To do so, Dr. Strange brings down a plane on the remote island where he is headquartered. 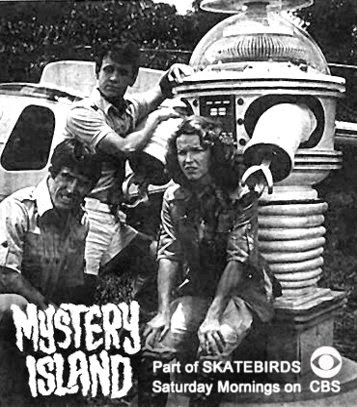 The most memorable aspect of this obscure Saturday morning series (which was rebroadcast on Boomerang ten years ago in 2005) is no doubt P.O.P.S. himself, the Lost in Space (1965 – 1968) robot re-painted, re-built and modified from his time with the Robinsons. 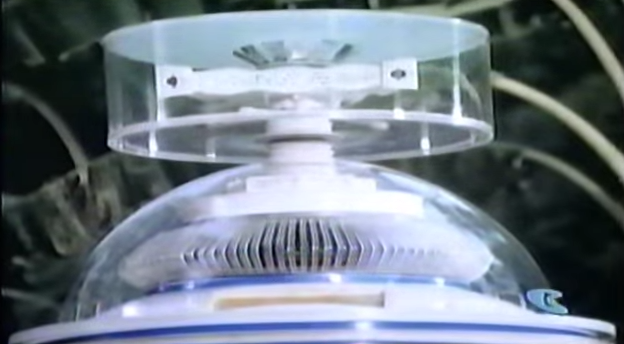 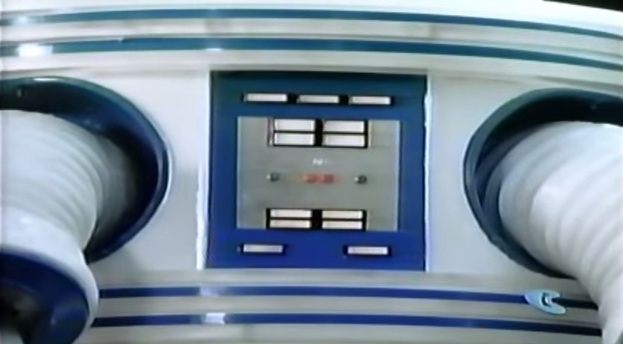 Now, the robot has bright blue accents, a new cake-tray like transparent dome, a bubble over his neck, and feet that allow humans to hitch a ride. Much of the first episode finds Sue and Sandy holding on to him as he scoots across the landscape. 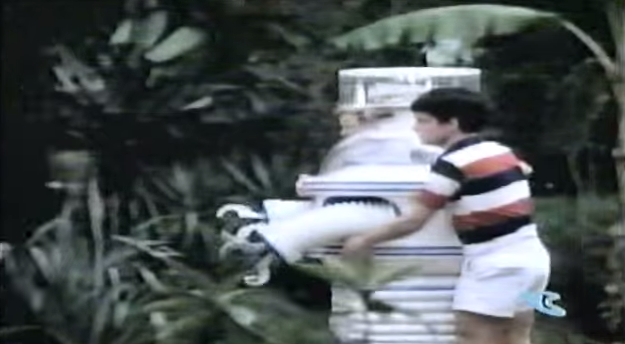 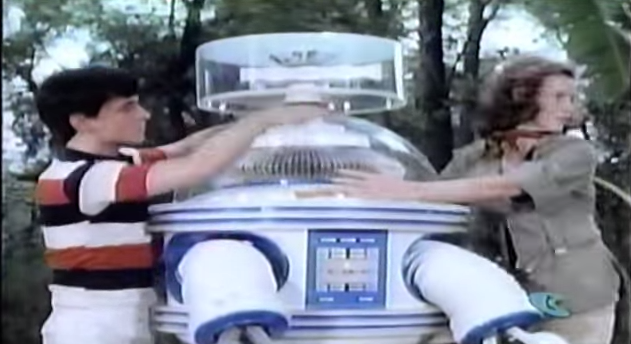 In concept, Mystery Island isn’t very much different from Sid and Marty Krofft’s Doctor Shrinker (1976), a series which saw a trio of humans on a plane brought down to the island of a different mad-scientist.  There, the scientist's minion (played by Billy Barty) tried to capture them each week.

What differentiates the two series, primarily, is visualization. Mystery Island heavily features exterior locations much of the time, whereas Dr. Shrinker was almost entirely studio-bound. 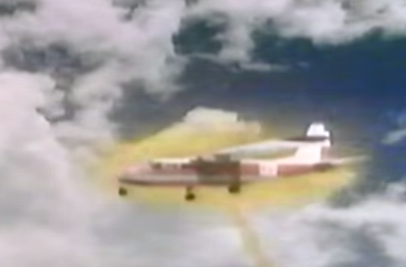 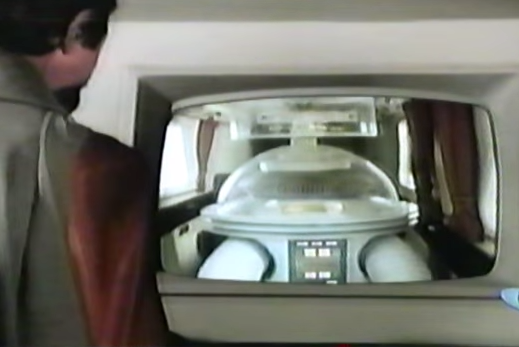 Mystery Island’s first episode is called “Matter of Gravity” and it begins with the humans and P.O.P.S. already on the island.  Dr. Strange, a “scientific genius” has already brought the plane (named Nimbus) down by projecting a “beam ray” from his headquarters, the “Cave of Science.”

The minions chase Chuck, Sue, Sandy and the Robot and lead them right to the Mud People, but they escape, and flee….

As the description above suggests, Mystery Island plays a lot like a 1930s movie serial.  Dr. Strange is the hissable, bearded, cape-wearing Ming the Merciless stand-in. 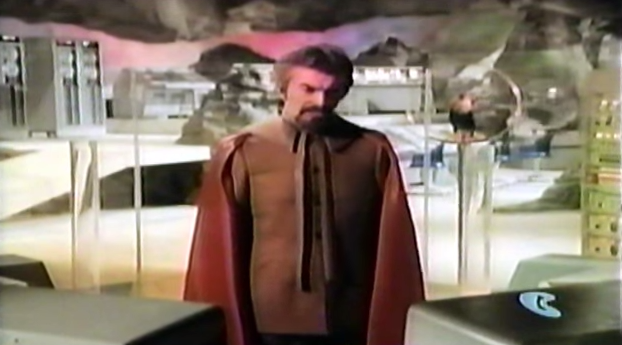 The people of the mysterious island represent the weekly threats and allies, and Sue is our damsel-in-distress. Thus far, however, there is no overt Flash Gordon or Buck Rogers type hero, only the human trio and their robot friend.

The big difference between Mystery Island and its cinematic chapter-play predecessors is not intent or sophistication, but rather color photography  Mystery Island is very colorful, very brash and vivid in palette, whereas the old serials were constrained by their black-and-white nature.

Not all episodes of Mystery Island are currently available, but “Matter of Gravity” is up on YouTube, as are later episodes.  So I’ll be skipping next week to Episode #5, “Valley of Fire!”
at March 28, 2015