In “Prisoner from Space,” two scientists follow the trajectory of an alien spaceship as it lands in the Southwest.

A dome-headed extraterrestrial being with monstrous abilities -- including paralysis rays -- disembarks from the craft and sets out for a nearby nuclear power plant to recharge himself. 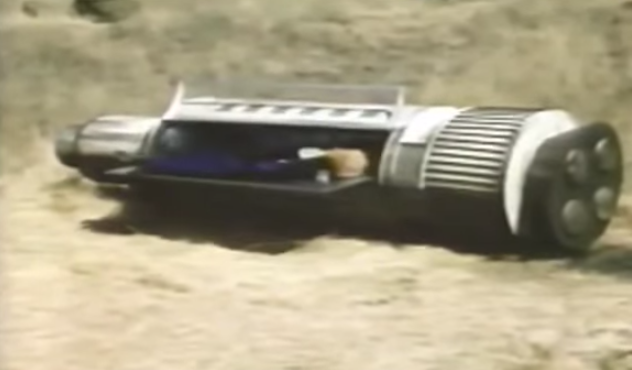 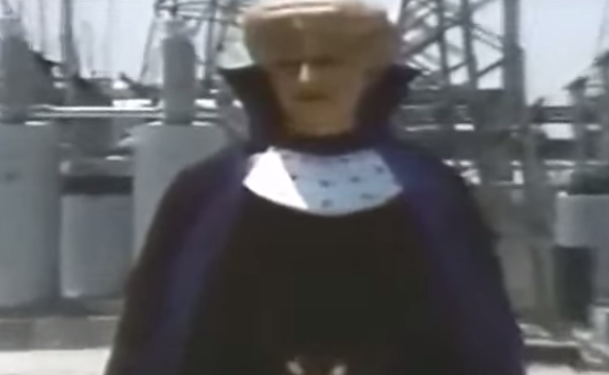 Bigfoot and Wildboy go up against another colorful villain on this week’s episode of the 1970s Sid and Marty Krofft Saturday morning program.  The alien prisoner here looks a lot like a Newcomer from the 1980s sci-fi franchise Alien Nation, and wears a vampire cape to boot, which grants him a sense of menace.

This alien can also shoot eye-drop like “paralysis” or freeze beams from his eyes.  His victims “freeze” when the editor freezes the film. 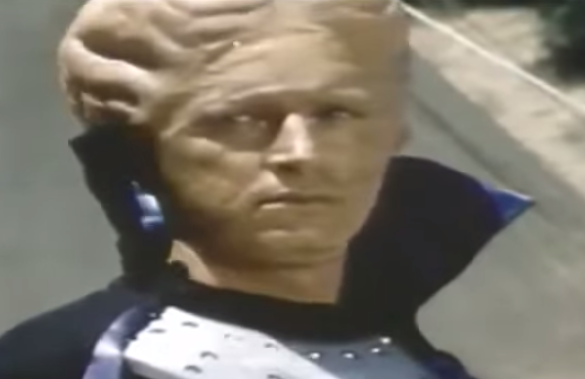 Where other Saturday morning superheroes such as Isis and Shazam grow tiring after a time because they live in such mundane reality, Bigfoot and Wildboy is more entertaining and ingenious, though authentically weird at times.

This episode, while not as far out as “Amazon Contest,” is nonetheless a strange one.  The evil alien bellows “I must have more power,” at one point, for instance, and the camp factor is high.  Later, an adolescent Wildboy -- not yet of driving age, I would wager -- takes over steering a car at one point, pushing aside a more experienced female scientist driver in the process.  Did Bigfoot teach him how to drive?  Now that’s a scene I would have loved to see depicted.

At the very least, this entry (from the 1979 independent series and not the Krofft Show omnibus) features some new or different footage of Bigfoot jumping into the air and sticking his landing.  Additionally, it appears that the series received a budget boost when it broke loose from the omnibus, because one scene actually depicts Bigfoot jumping up to the girders of a high (real life) tower to rescue Wild Boy, and then jumping down.  That’s a new wrinkle. 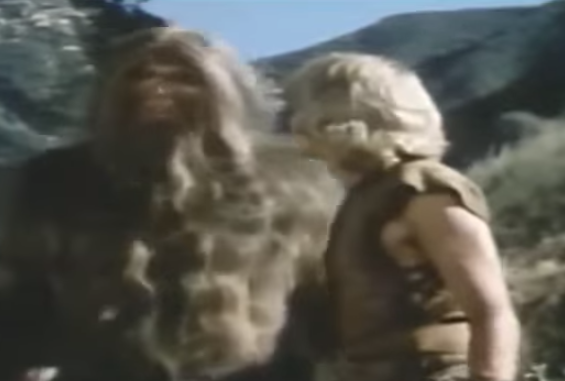 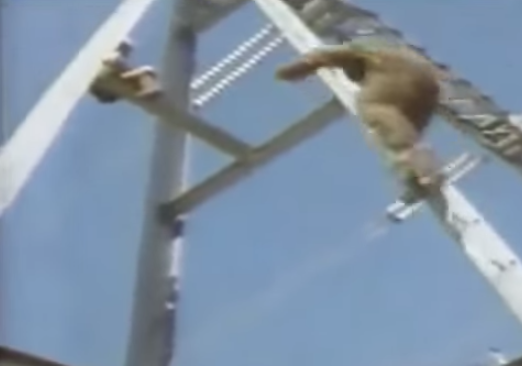 Finally, there’s a nifty little concept at the heart of this one, that aliens jettison their prisoners into space capsules, getting rid of the problem for their species, but causing lots of problems for the unlucky destination cultures.