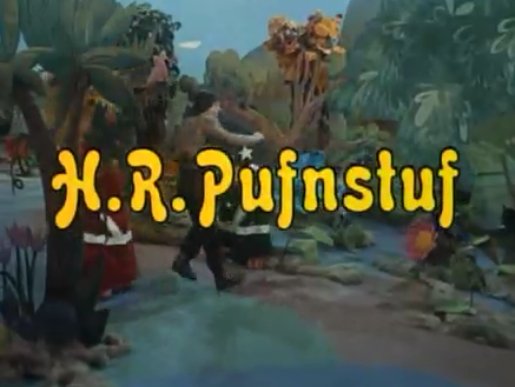 In “The Magic Path,” Jimmy (Jack Wild) has just washed ashore on the living island with his friend, Freddy, the talking flute.

He befriends the mayor of the island, H.R. Pufnstuf, and learns that all objects -- even the trees -- are sentient beings there.

Hoping to get information about how to stop Witchiepoo (Billy Hayes) and leave the island, Jimmy consults with Dr. Blinky, an owl of “great intelligence” who heads the island’s Anti-Witch Committee.

Blinky reports that the only person who knows the secret route, Judy Frog, is being held captive in the witch’s castle.

This means Pufnstuf, Jimmy and Freddy must rescue her… 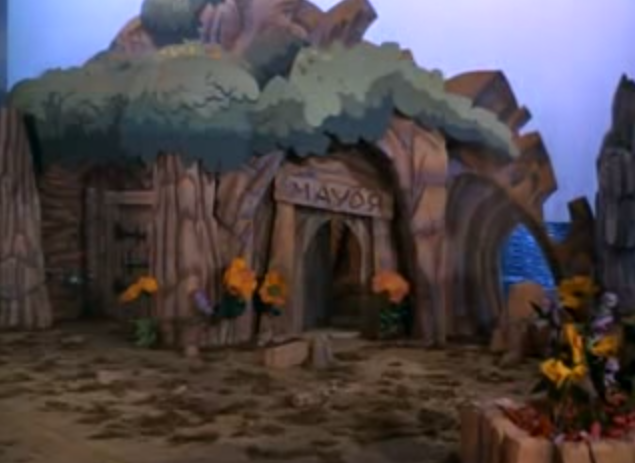 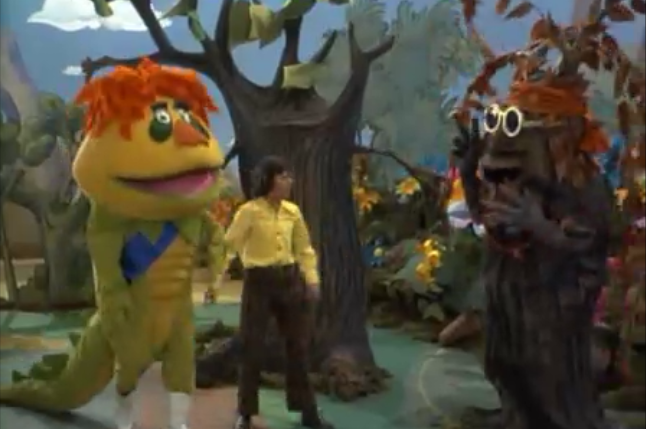 In quite a few significant ways, “The Magic Path” is like a Saturday morning version of The Wizard of Oz (1939), with a displaced hero -- Jimmy (Wild) -- gathering up his colorful friends and taking a path to a witch’s castle in hopes of discovering a way home from the fantasy land, in this case, the Living Island.

One variation on the world of Oz, as seen here, involves the fact that everything on the Living Island is, well, alive.

This includes trees, books, test-tubes (in Blinky’s laboratory) and even sneezing houses.

It’s rather amazing that, on a low budget, Sid and Marty Krofft and their production team could create all these beings and make them so memorable. One of the best such creations, by my reckoning is the West Wind, who talks just like movie star John Wayne. 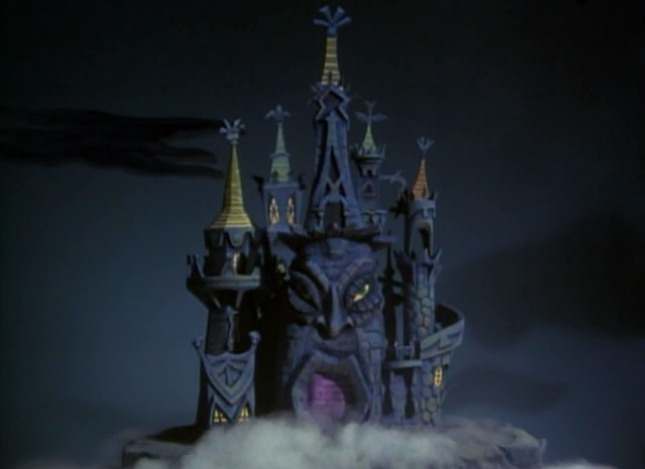 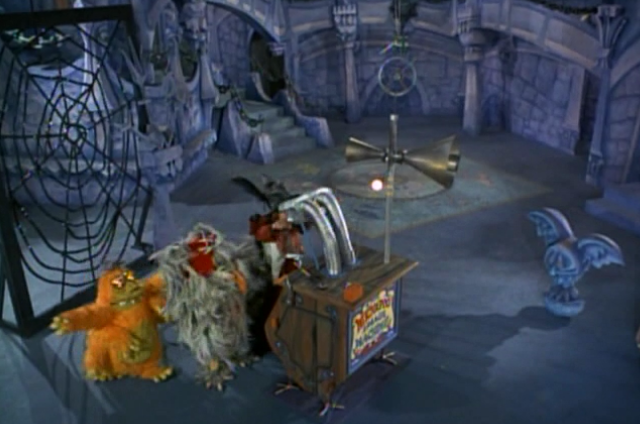 A weird touch? Yes, but one totally in keeping with the outrageous, trippy aspects of the series. Exhibit A on that front is the Stoner Tree we meet here, who dons a head-band and dark sun-glasses.

“The Magic Path’s” humor is mostly lame stuff (“he kicked me in the root!” complains a tree…), and the scenes with cackling Witchiepoo and her minions are grating to the ear.  They get old real fast.

And yet, Pufnstuf is a magical character, for sure, and his friendship with Jimmy is the key aspect of the program, and the series.


The Sid and Marty Krofft Saturday Morning Empire and legacy begins with this colorful series from 1969, and its sometimes crazy (sometimes drug-inspired?) flights of fancy.
at March 29, 2015