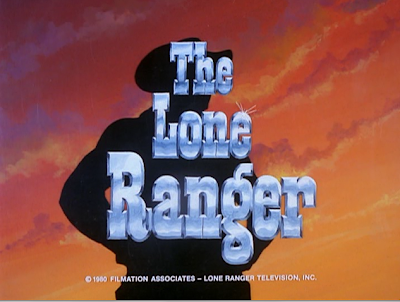 In the year 1980, CBS television began airing on Saturday mornings The Tarzan/Lone Ranger Adventure Hour (1980 - 1982), a beloved animated series from Filmation Studios that would also come to feature Zorro before the end of its run

The Lone Ranger segments were titled "The New Adventures of The Lone Ranger" and featured the baritone William Conrad (credited as J. Darnoc) as the voice of the masked man.  Many of the stories explicitly involved the development of late 19th century technology, particularly the ascent of the trans-continental railroad. 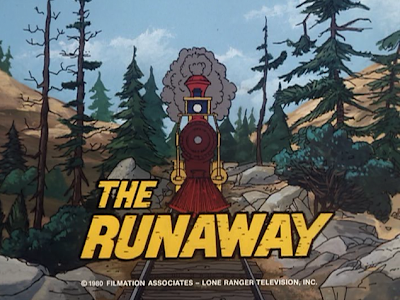 In the first episode of the series, "The Runaway," The Lone Ranger and Tonto (Ivan Naranjo) are bound for Grand Junction, Colorado and some trout fishing when they learn of a train in trouble.  It has been hit by bandits, who stole the bank company payroll.

The Lone Ranger and Tonto apprehend the bandits, but are asked to ride shotgun for a second train, of even greater importance.  This train -- described as a "milestone of railroad progress" -- houses the first fully-refrigerated train car to travel west.  It is carrying beef and fresh vegetables, and bound for Denver.

But even more important than these food items, the car will be carrying a "perishable serum" that is needed to save a life in a Denver hospital. 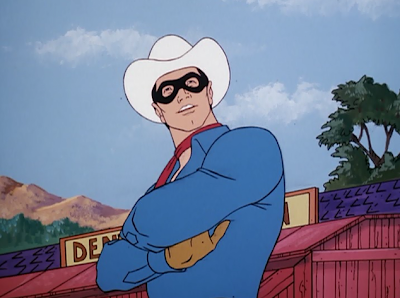 The Lone Ranger and Tonto agree to babysit the serum, and not unexpectedly, bandits hit the train during its run.

Ironically, the very presence of the Lone Ranger has convinced the outlaws that there must be a lot of money aboard the train, or some other great treasure.  Fortunately, Tonto and Lone Ranger save the day and deliver the medicine to Denver...

Like every episode of "The New Adventures of the Lone Ranger," this episode features a fun scene transition: the Lone Ranger's black mask whirls towards the camera, and moves us from one setting to the next. 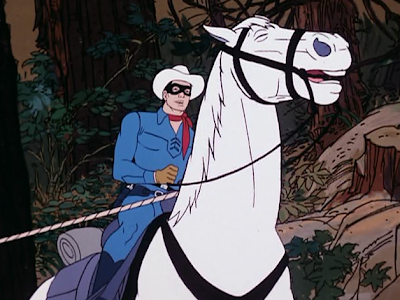 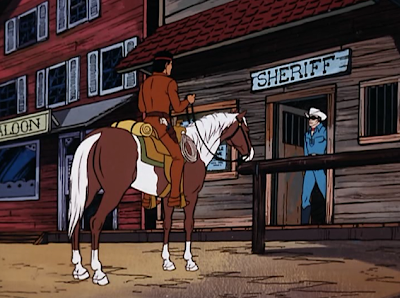 Another regular feature is an educational coda or lecture, at the end of the action, about the historical importance and/or accuracy of the preceding story, delivered by the Lone Ranger himself.  Here, the masked man talks about the importance of "refrigeration," and how it changed the world of the 1880s.

Crisply written and performed, "The Runaway" could very well have been an episode of the original TV series (1949 - 1957), with its accent on thrills and action.  The story is straight-forward, and there is a clear-cut sense of right and wrong in terms of the characters' behavior.  All the typical Lone Ranger elements are here, from the opening narration which describes his mysterious history and nature, to the closing and rousing call of "Hi Yo, Silver, away..."