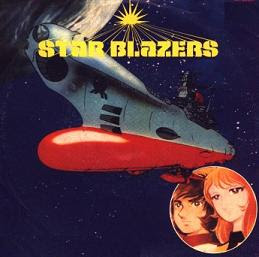 “Been enjoying your blog for quite some time, but I have noticed something. Your recent mentions of "Speed Racer" and "Voltron" are some of the few references to Japanese animation I see on your site.

Now I know that not all of the anime out there would be your cup of tea, but the medium has some excellent science fiction, fantasy, and horror entries.

Some have had a great influence on current films and television series. For example the 1995 film version of "Ghost in the Shell" very much influenced the look and themes of "The Matrix". Or something like the 1998 "Perfect Blue" could easily be a prototype for the film "Black Swan" in themes, visuals and story. There are plenty of others out there.

Any plans at looking and reviewing some of the entries from this medium?”

Roman, that’s a great question. In truth, I boast mostly a passing familiarity with anime.

Growing up, I watched Battle of the Planets, Star Blazers (my favorite), and Voltron.

A few years back, my dear friend (and editor at Powys Media), Mateo gave me the entire box set of Neon Genesis Evangelion as a gift and I loved it.   I’ve also seen Akira and Ghost in the Shell.

My wife, Kathryn, is also a die-hard fan of anime and is currently -- at 4:30 am some mornings -- watching something called Samurai Champloo (2004) on Netflix.  She’s trying to rope me in… 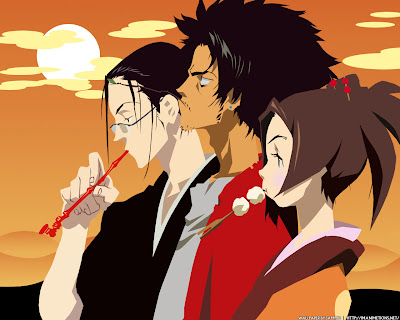 I have nothing against anime at all, and indeed, I have enjoyed much of what I have viewed.  My overriding concern is that I don’t feel well-versed enough in the history, context, and the techniques of the form to write trenchant, or perhaps even adequate criticism regarding it.  I’m afraid I would miss the mark.

On the other hand, I have indeed had plans for some time to re-visit and possibly blog all of Star Blazers (season one) as a starting point for an anime project because that’s more my comfort zone.  It’s something from the 1970s; something I saw as a kid; outer space oriented; and something I have a high-degree of familiarity with.

What do you think?  Am I being silly?  Should I just dive in and let the pieces fall where they may?

On the other hand, perhaps I should start with a simple question.  Is there a good book out there that lays the groundwork for the techniques, themes, and artistic approaches in anime that could form a basis for a learning foundation?

Let me know what you think. And finally, a second question: if you were beginning, essentially, from square one in terms of anime productions, where would you start?   I confess to an ardent curiosity about Robotech (Macross).  I had a model kit from that series as a kid, and have always been intrigued by it…

Great question!  Don’t forget to ask me more at Muirbusiness@yahoo.com
at February 04, 2013