In honor of Halloween (my favorite holiday, couldn't you guess?), let's play "Name The Horror Movie." Guest blogger Joseph Maddrey has provided these beautiful color photographs of horror movie locales as they are today (all photos copyright Joe Maddrey), and written a few clues about each location. These first three below are pretty easy. But tomorrow's are more difficult. And the next day's, even more so. Let's start...

(bonus points if you can identify the filming location as well as the movie title...) #1 This is one of the most famous houses in horror history, though it’s changed quite a bit over the years. A young boy murdered his sister here in 1963.
Afterwards, the house was abandoned and later moved down the street. With a sunny new paint job, it now sits right next door to the hardware store where that same killer – 15 years later – adopted a new look and started killing again. 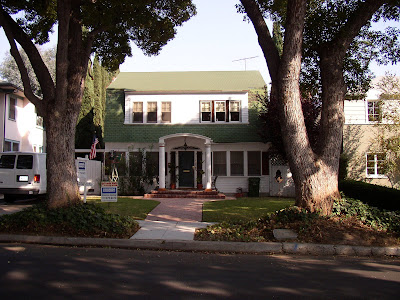 #2 This house is hardly in a rough neighborhood, but at one time it had bars on the windows. Back then, it was home to a single mother and her daughter. The mother had a bit of a drinking problem and the daughter… well, she had her own problems.

One night, the daughter started a fire in the basement. When the smoke cleared, her mother was dead. Or was she? 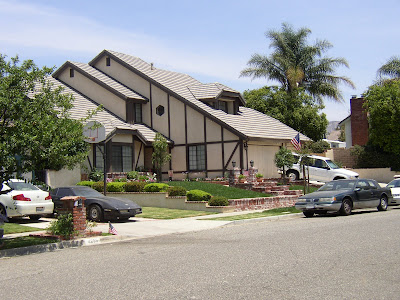 #3 This little suburban paradise is rumored to be haunted.

Paranormal researchers from a nearby university proposed that the little girl who lived there was the cause of some psychokinetic events.
But local legend offers another explanation for the strange activities: The house was built on an old burial ground.
at October 25, 2008