The inventive duo of Matt Stone and Trey Parker are now infamous for raucous and raunchy potty humor on Comedy Central's South Park and their other productions (haven't you seen Orgasmo?) So when thinking of this creative team's output for film or TV, you might be tempted to conjure up images of swearing, animated children like Eric Cartman, or puppets having sexual intercourse (Team America); or perhaps even celebrity-baiting statements in South Park episodes about Tom Cruise, Rob Reiner, Ben Affleck and the like.

But let's face it, Parker and Stone are amazing producers for another entirely unheralded reason, one besides their boundary-bashing, taboo-smackdowns on TV and in theaters. The obvious (but often unreported...) fact is that these guys are genre scholars, movie musical lovers extraordinaire....not to mention talented composers and singers. How else to account for the fact that three of their feature films simultaneously parody and exploit the movie musical conventions established in the early decades of the twentieth century?

Let's start with 1994's memorable Cannibal: the Musical. We learn from the movie's informative opening card that the film was originally released in 1954 but was rapidly upstaged by the much more popular Oklahoma! and then promptly forgotten...until the original negative was excavated and "painstakingly" restored to its present condition.

Of course, none of that's true. Cannibal is an independently produced, low-budget flick made in 1993, while Parker was an undergraduate at the University of Colorado. It's based on the "true" story of Alferd Packer (Parker), a pioneer who sets out with his beloved steed, Le Ann, and a team of prospectors to reach Colorado Territory. But the team takes a few wrong turns, winter falls, and well, before long, the specter of cannibalism appears. Oopsy.

Shot on location in Colorado, this bizarre (and bloody...) movie musical is packed with grand vistas, flowing rivers, monolithic mountains and the like, yet it does more than mimic the great outdoor look of Zinnemann's open-sky epic Oklahoma!
Rather pointedly, the film's first song finds Packer on his horse in pure Curly-style singing not "Oh, What a Beautiful Mornin', but rather, the somewhat less-well known (but no less catchy) "Shpadoinkle." This tune - like its Rodgers and Hammerstein predecessor - describes a beautiful day, only in very basic terms. It is one wherein "the sky is blue and all the leaves are green." Alferd also descriptively sings that the sun is "as warm as a baked potato." Yep, it's a spot-on, drop-dead parody of the Rodgers and Hammerstein canon. It could only have been conceived by someone who knew the style well; and then, how to subvert it for comedic ends.

Another catchy tune in Cannibal, "Let's Build a Snowman," proves so annoyingly upbeat that the lost prospectors kill one of their own party rather than listen to another verse of the blasted thing. Finally, the movie climaxes in stellar fashion with the rousing, climactic tune, "Hang the Bastard," which not includes the requisite cowbell solo, but reveals scores of happy (though bloodthirsty...) townies dancing around their gallows and cheerily singing to send the doomed prospector 'straight to hell.' There's also the film's "yearning ballad" (in which a character expresses his or her dreams), here entitled "That's All I'm Asking For."

Indeed, the charms of South Park arise not just from a witty story that involves parental censorship and the politics of war, but rather from the film's deliberate lampooning of long-cherished movie musical standards. "Anyone who's seen Beauty and the Beast's Belle describing her provincial life will recognize the roots of 'Mountain Town,' and even Satan gets a yearning ballad wondering about life 'Up There' a la Little Mermaid's 'Part of Your World,' wrote Entertainment Weekly's Chris Willman in 1999.

That was only part of the fun. "Cartman's perky 'Kyle's Mom's a Bitch' echoes Chitty Chitty Bang Bang with choruses in fake Chinese, Dutch and French' observed Time Magazine's Richard Corliss. He added: "Saddam [Hussein] could be an Arabic fiddler on the roof as he struts his seedy charm in 'I Can Change.'...There's a dexterous quartet of musical themes, a la Les Mis. And though a song whose refrain is more or less 'Shut your flicking face, Uncle Flicka' would seem to have little room for musical wit, ace arranger Marc Shaiman turns it into an Oklahoma! hoedown with kids chirping like obscene Chipmunks."

Parker and Stone also parody hip-hop, BET style with their reprise of "Uncle Fucka" as a music video tie-in to "Asses of Fire," which features the Canadian duo Terrence and Phillip decked out in sunglasses, donning silver body suits, proffering piles of cash, wearing bling-bling, and surrounding themselves with nubile African-American female dancers in tight outfights.

"Kenny's Space Odyssey," in which the recently deceased boy floats about in outer space between Heaven and Hell, serves as a trippy reflection of 1970s head musicals like Ken Russell's Tommy, dreamy and serene one moment, hard-driving and pulse-pounding the next.

Basically, South Park: Bigger, Longer and Uncut is great because it co-opts the traditions of the musical format to reveal hidden character traits. Satan dreams of a better life on Earth ("Up There,") Saddam promises he can keep his promises to the World and the UN in "I Can Change," and, of course, "Blame Canada" was nominated for an Academy Award. It's a perfect anthem for the crusading parent. Busby Berkeley's unique staging-style also gets riffed in Big Gay Al's number, "I'm Super" and again, the feeling is that these creators understand the movie musical format and know how exactly to tweak it for laughs.

In 2004, Team America: World Police arrived in theaters, completing the Stone/Parker musical troika. Although this effort stars marionettes (a la Gerry Anderson's Thunderbirds), the film is also perfect satire of the 1980s era action film, and so it deploys music (and musical tropes) to make thematic points (often ironic).
Here, the villain is not Saddam, but North Korea's Kim Jong Il, and he gets a sensitive ballad that describes his feelings of isolation, "I'm so Ronery." There's also a Broadway musical depicted in the film, a note-for-note parody of Rent, here entitled "Lease" and featuring the the politically-incorrect and unuly cheerful refrain "Everybody's Got AIDS!"
The brain trust behind South Park also resurrects a number from the popular TV series, "Montage," which - in remarkably specific detail - explains precisely how movies employ video-like "montages" to create the impression that time has passed, and a new skill has been learned. Originally, on South Park, Stan learned to ski to the strains of this song; in Team America, actor Gary becomes an action hero.

One of my favorite tunes in Team America accompanies the notorious puppet sex scene. It sounds like it came straight out of the hit soundtrack for Con Air, or some other Nicholas Cage movie circa 1997, but whatever its origin, "Only a Woman" remains a riot. Among the lyrics: "All I Ask is That You're a Woman." It's nice to have simple standards, isn't it?

I also get a tremendous kick out of the patriotic faux Toby Keith song "Freedom isn't Free," which in Team America is played over a stirring, inspirational visit to the national monuments in Washington D.C. by a contemplative...puppet. I think I actually spit up my soda watching the tiny marionette ponder the Lincoln Memorial and other "patriotic" sites.

If you ask me, way too much attention has been heaped upon the raw language and vulgar situations in the Parker/Stone canons. People have written books about South Park Republicans and the like, and the press has made hay about the show's attacks on Scientology and Global Warming. Yet, what clever film critics really need to do (besides obsessing on how many four letter words show up in these ventures...) is analyze how these creative filmmakers have marshaled music in their films to reflect on movies as a form.
The carefully composed and brilliantly performed music in Cannibal, South Park and Team America functions on a variety of thematic levels. The songs reveal character (as is the tradition of musicals), push the action forward (just look at the boys of South Park contemplating a strategy in 'What Would Brian Boitano Do'), and simultaneously comment on and lampoon movie conventions and cliches. In recent years, the musical form has made a real comeback in theaters (Moulin Rouge, Hedwig and the Angry Inch, Chicago, Phantom of the Opera, Rent, etc.), and yet there is nothing more rewarding than a funny musical, one that simultaneously loves and skewers the form.
at May 31, 2006 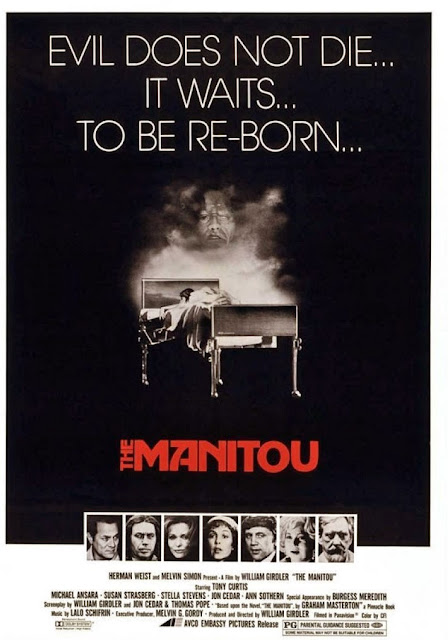