Thundarr the Barbarian in "Wizard Wars" 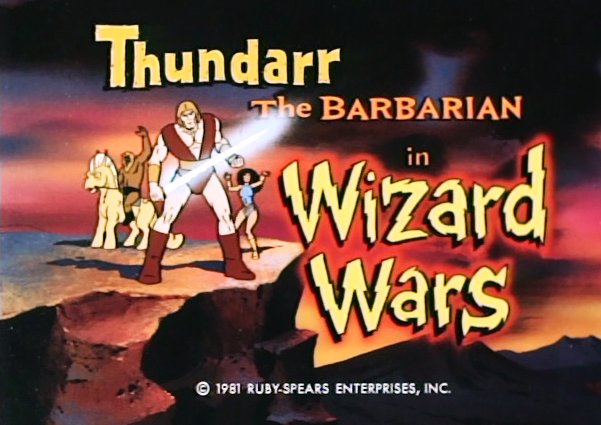 In “Wizard Wars,” Thundarr, Ookla and Ariel rush to the aid of an imperiled human village.  This time, the evil wizard Skullis -- an over-sized metal head -- is enslaving unlucky humans and using them as cannon fodder in his war against another demonic sorcerer, Octagon.
This situation riles Thundarr and he notes that “humans shall not be” the “pawns” of such monsters.
Thundarr and his friends then must grapple with “the Desert People” in the ruins of St. Louis and then are finally able to destroy Skullis and his technological war machine.
When his head is shattered into pieces, the humans are again free from their enslavement… 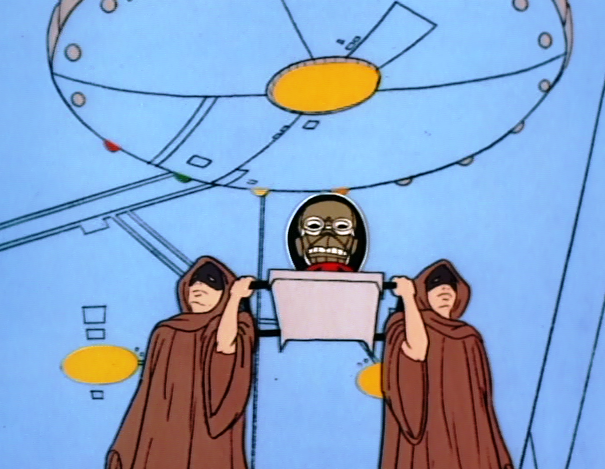 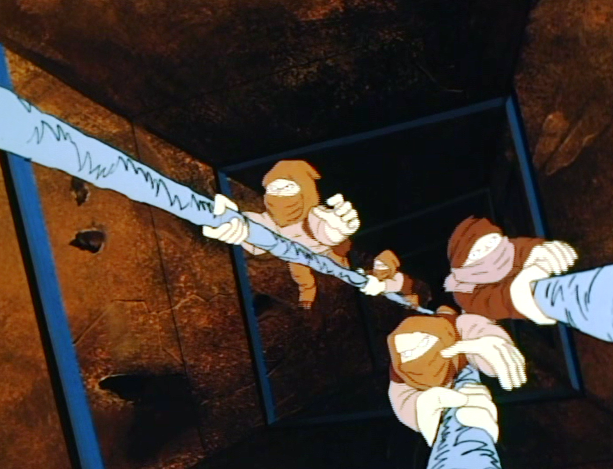 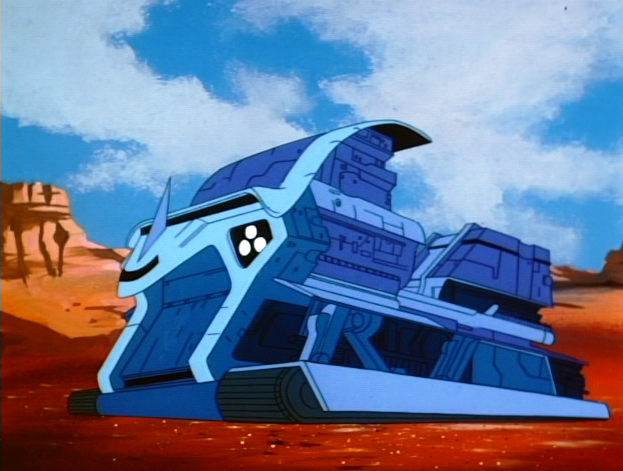 Once more, a familiar, even rote story is visualized in dazzling fashion on Thundarr The Barbarian.  In “Wizard Wars,” for instance we see Skullis’s impressive “land machine,” a giant weapon of war of convincing design, plus the Wizard himself…who boasts robot arms like those of Spidey’s Doc Ock.
This episode of Thundarr also takes us to the desert of St. Louis, and the world beneath it, which is inhabited by ferocious hobbit-like creatures called “The Desert People.”
One impressive battle in the episode occurs in an ancient shopping mall and a toy store in particular.  Again -- and much like the playground of death we saw in last week’s installment -- a place of joy has been transformed into a place of terror, and combat.
And yes, this is pretty heavy stuff for a Saturday morning cartoon. I suspect Thundarr got away with such imaginative juxtapositions of innocence and violence because there is very little dialogue about the actual location in the script, only about the narrative itself.  In other words, the episode doesn’t linger on the ghoulish aspects of a destroyed world, even though we see evidence of it everywhere.
Lastly, there is a funny moment here that doesn’t quite make sense.  Late in the action, Thundarr, Ookla and Ariel become trapped on a high ledge, and the army of Skullis attacks them.  Their backs are to a wall…and a drop hundreds of feet down.  Ariel expresses fear at the possibility of falling. But why would she feel this way given her magical abilities?  She could just put herself and her friends in a bubble and land everyone softly on terra-firma!
In fact, just moments after Ariel makes the fearful comment, she does use her magic, and builds an energy or light bridge to the ground.  She says something like it’s a “good” thing for Thundarr that she can work her magic.
This is true, but it undercuts her earlier sense of fear, doesn’t it?
Next week: “Island of the Body Snatchers.”
at June 05, 2021