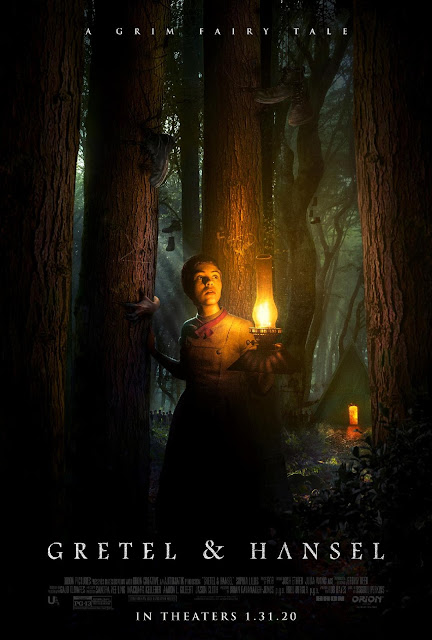 Gretel & Hansel: "The Seduction of Gretel"’

Ozgood Perkins, son of the horror movie legend Anthony Perkins, has spun the classic fairy tale Hansel & Gretel into a feminist tome on gaining power in a despairing time. It's no misprint that the filmmakers reversed the title order in this version, Gretel & Hansel, since this is definitely the sister's story. Perkins has a keen eye for evoking visual dread, but like the two waifs in the original tale, the plot meanders off the path for too long to keep audiences invested.

Like most fairy tales, Gretel & Hansel begins with a narration, a prologue about a beautiful child with a black heart. It is a fable that all the kids in town have been told about the child gaining supernatural energy and feeding off the village children. That legend is well-known to adolescent Gretel (Sophia Lillis). She and her baby brother Hansel (Samuel Leakey) are evicted from their home by their desperate mother so they wander the woods for shelter. They find a kindly old lady (Alice Krige), who offers them protection and food. The old lady recognizes innate powers in Gretel and begins to teach the girl to harness her abilities, but their new home is anything but safe. Ghostly children call out from behind the walls and the old lady has agendas that frighten the little boy. Gretel, on the other hand, has become transfixed. 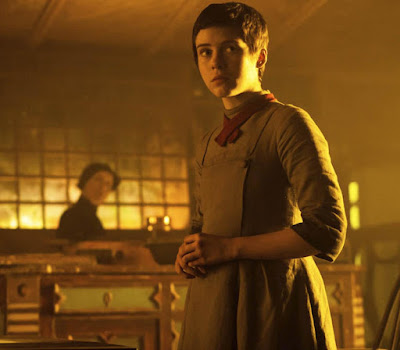 Perkins' masterful mise-en-scène is a visual feast that sets a foreboding mood. Foggy woods with sun beams cutting through like razors and fall colors of orange and yellow present a pastoral setting, where evil lingers just off-screen. There is one scene where a tree bends to Gretel's will, reaching down to touch her, that exemplifies the heroine's burgeoning skills and emancipation from her out-of-control life.

The script by Rob Hayes is a bit slow and he fails to build enough of an impression of each character to interest the viewer. Hansel is a cypher of the dependent younger sibling. We have no sense of who he is, so he merely becomes a ball and chain around Gretel's leg. Several sequences, such as a sojourn to an abandoned cabin, are badly paced, and a scene with a hunter (Charles Babalola) adds nothing to the plot or pacing. The 14th-15th Century dialogue, instead of lending authenticity, comes off stilted and affected. It takes great talent -- Arthur Miller perfected it with his play The Crucible -- to utilize that mid-millennium cadence without sounding forced, and Hayes does not achieve the same artistry. 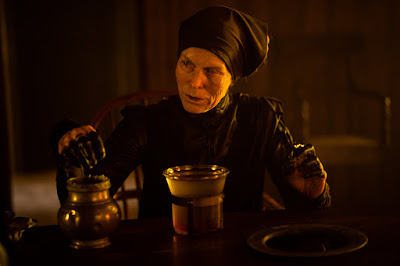 The cast is fine, but few stand out. Lillis, the horror film flavor of the decade after IT and Netflix's gruesome black comedy I’m Not Ok With This, has the most meat and is a captivating protagonist. Krige finds little to add distinction to the old lady, and young Leakey has been led adrift by his thin characterization. Perkins seems more attentive to the sights and sounds than the story and performances.

Osgood Perkins, without a doubt, is a director to watch. While still early in his directing career, he captures dread with his camera as the German expressionists did in the silent age. It will be interesting to see what he conjures with a wiser script.