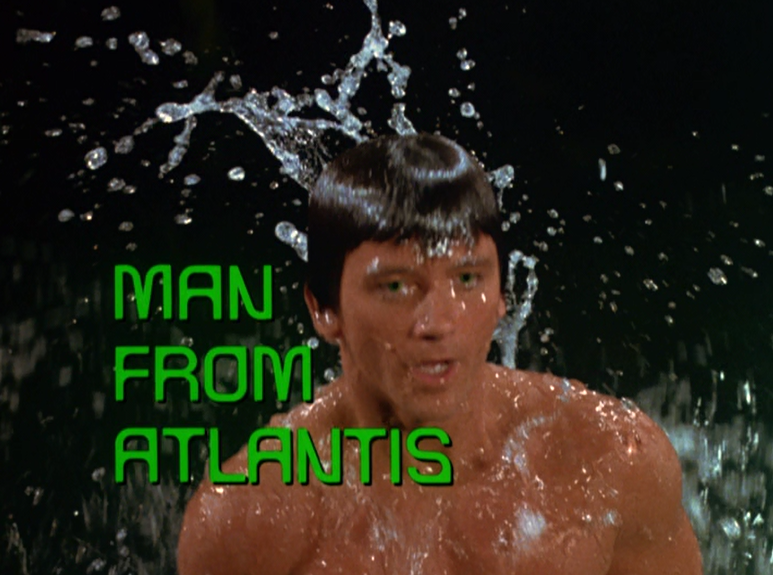 The first American network series to be broadcast in China (and one immensely popular there to this day...), Man From Atlantis is a short-lived superhero series from the mid-1970s; one that fits in with the pop-culture trend I term the Age of "Nostalgia" or of "Americana." 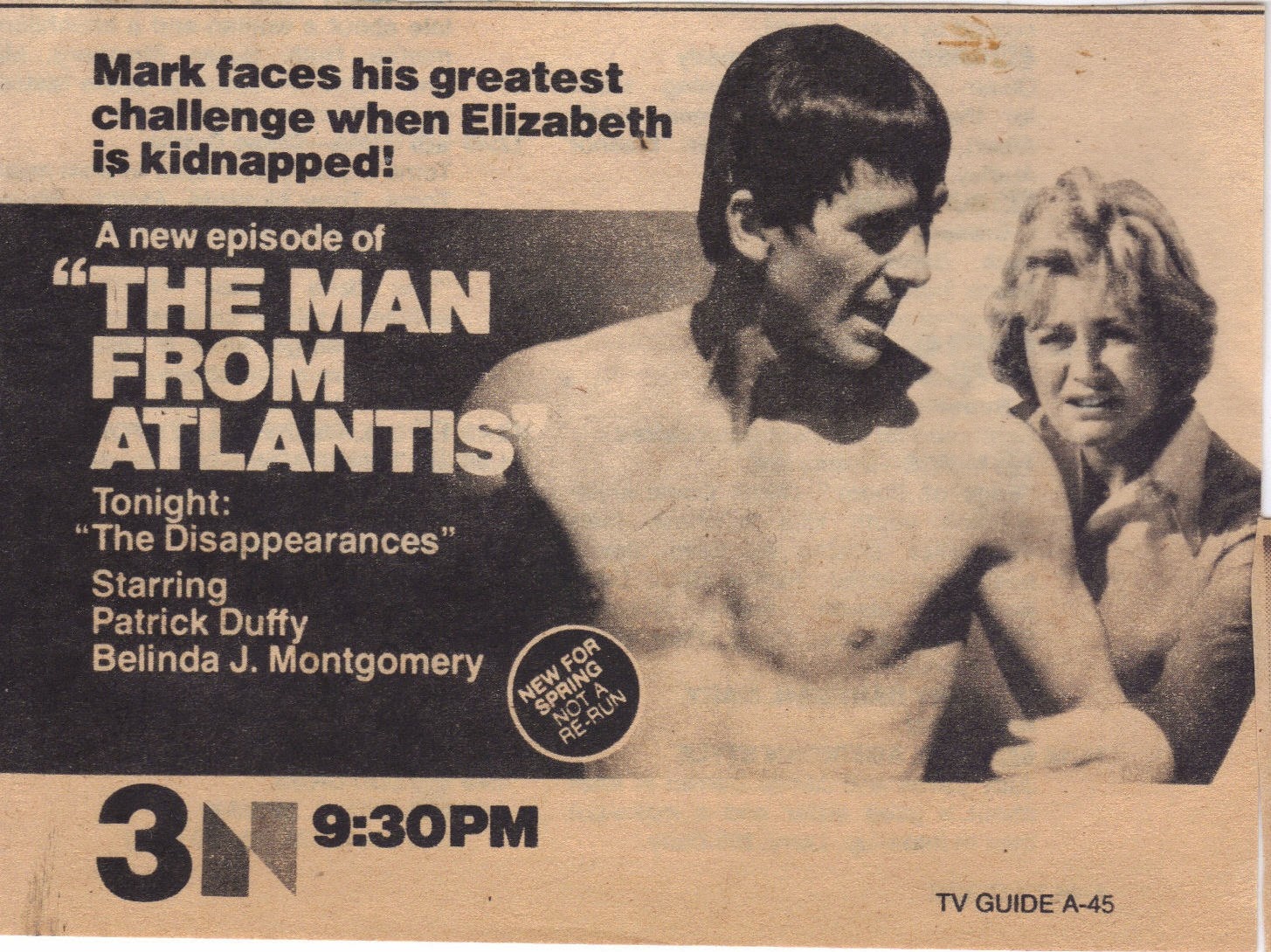 What these many disco decade superhero productions share is a sunshiny overall atmosphere and a total -- even will full -- denial of the vast cynicism of their time period.

Created post-Watergate and post-Vietnam War, these superheroes served as innocent, pure-hearted protectors who always fought for America, defending it from Soviets, space monsters, underwater monsters, robots...you name it. The angst and broodiness we have come to expect post-"Dark Age" (The Dark Knight, The Crow, Blade, etc.) did not yet exist. But the Americana shows -- while charming and good for curiosity viewing -- were also strangely childish and occasionally downright slipshod in terms of production values. 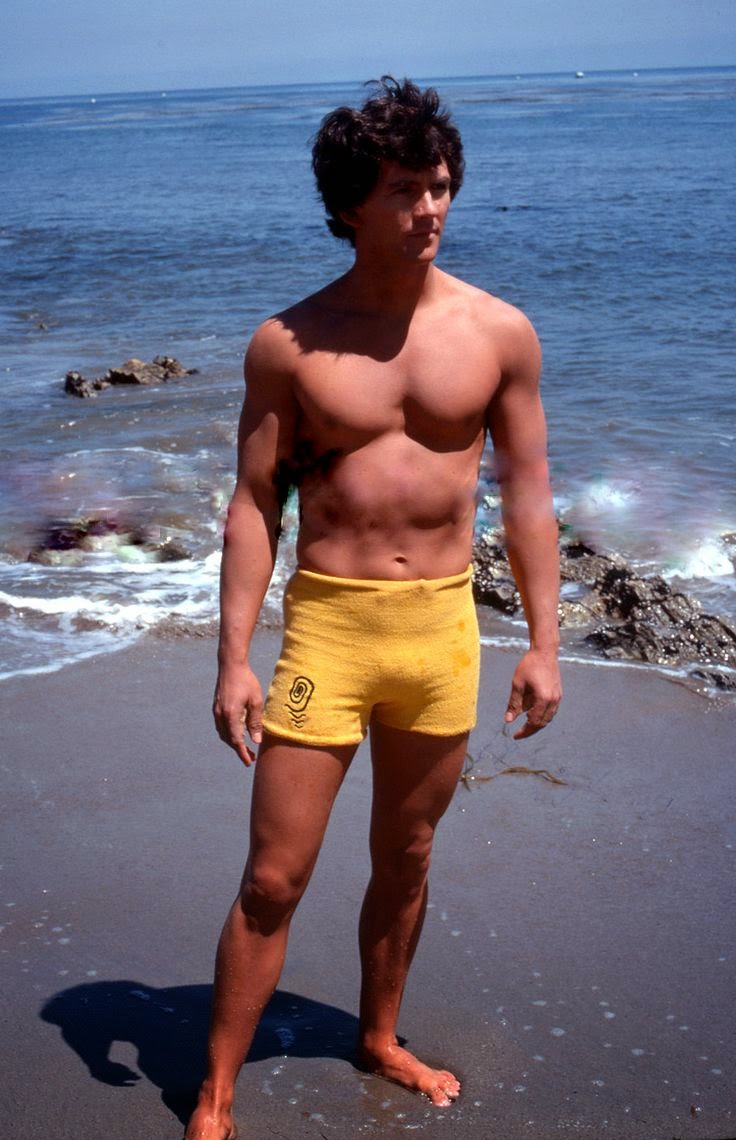 Man From Atlantis told the story of the last survivor of the lost continent of Atlantis, a web-fingered, young man named Mark Harris (Patrick Duffy). He quickly became a secret agent for the United States. I guess a lot of cases in U.S. intelligence circles occured underwater in the seventies, since Captain Nemo, once revived, also became an operative for our government (see 1978's The Return of Captain Nemo).


Now, as you may know, nearly forty years before The Man from Atlantis, Marvel Comics had already introduced its own Man from Atlantis–style character: Bill Everett’s Prince Namor, otherwise known as the Sub-Mariner.

Where Namor was the arrogant grandson of King Thakorr and alternately known as “the Avenging Son of Atlantis” or the “Prince of Blood," Mark Harris was a water-breather of a different stripe. He was a peaceful, even-tempered gentleman who more closely resembled Star Trek's popular Mr. Spock -- a friendly, peaceful resident alien -- than an angry avenger from under the sea. Spock had pointed ears; Harris had webbed fingers.

Patrick Duffy described his heroic character as "extremely, intelligently naive. He’s very quick. He’s unencumbered by hang-ups…. He has a total lack of that kind of ego that stops us from taking a different direction because we hate to admit that the one we took in the first place was wrong. He’s totally open to suggestion." (David Houston, Starlog # 9: "Patrick Duffy: TV's Man From Atlantis," October 1977, page 28).

No. Not exactly “the Prince of Blood” in concept.

Where Namor passionately hated mankind for polluting his home (the seas), Mark Harris was more forgiving. The last survivor of Atlantis, Harris had no memory of his background, and had gills instead of lungs, which meant he could remain above water for only twelve hours at a stretch. Harris could also swim incredibly fast, and in a unique dolphin-like motion as well. His signature gait became all the rage at American swimming pools for boys eleven years old and younger. I know...I was one of them.

On Man From Atlantis, Harris worked with a nice, attractive scientist, Dr. Elizabeth Merrill (Belinda Montgomery); and even joined the crew of the Cetacean, an advanced, experimental U.S. government submarine not unlike the starship Enterprise (where, again, Harris was the resident alien). Harris’s unofficial boss at the Foundation for Oceanic Research (the United Federation of Planets?) was C.W. Crawford (Alan Fudge). 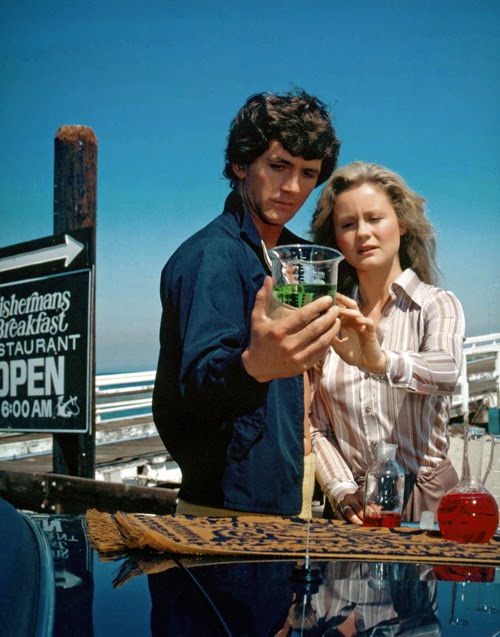 Stories featured on The Man from Atlantis were the typical clichés of science fiction and superhero lore so popular at the time.

Harris time-traveled to the Old West to take part in a shoot-out in “Shoot Out at Land’s End.”

He battled a genie (Pat Morita) who could revert people to their childhood in “Imp.”

In one truly bizarre outing, “The Naked Montague,” Harris traveled into the past to prevent the bloody demises of Shakespeare’s young lovers, Romeo and Juliet!

Yep...they weren't fictional after all!

Villains on the series ranged from a deadly giant (Kareem Abdul-Jabbar) to a colossal jellyfish ("Man O 'War"), to the recurring “evil genius” Mr. Schubert (portrayed by the rotund Victor Buono -- King Tut on Batman). The tone of the series bordered on camp and director Michael O’Herlihy went on record noting that it was this lack of a consistent and serious tone that ultimately hurt The Man From Atlantis with audiences:

"I don’t know if Man from Atlantis was science fiction or what the hell it was..." (Edward Gross, Starlog # 131 "Michael O'Herlihy, Storyteller of Tomorrow and Yesterday," June 1988, page 72).

The first season of Man from Atlantis ran sporadically on NBC as a series of two-hour movies on Thursday nights. The second season settled down into a regular pattern, airing Tuesday nights in the fall of 1977 and spring of 1978 at 8:00 p.m., competing against the then-powerhouse combination of nostalgia sitcoms Happy Days and Laverne and Shirley on ABC.

Ultimately, The Man from Atlantis got flushed by NBC after the seventeenth and last episode, which aired on June 6, 1978. Star Patrick Duffy re-bounded with a starring role on the CBS soap opera Dallas starting in 1980.

Today, the sort-of-silly, sort-of-charming Man From Atlantis remains a nostalgic favorite for many Generation X-ers, and is finally available on DVD through the Warner Archive. Any day now, someone is certain to re-imagine the series...
at December 28, 2014

Email ThisBlogThis!Share to TwitterShare to FacebookShare to Pinterest
Labels: From the Archive, Man from Atlantis