Sid and Marty Krofft brought Saturday morning television some of its most memorable and unique programming in the 1970's.  Land of the Lost clearly stands at the top of that heap, but there are many others worth recalling, from ElectraWoman and DynaGirl (1976) to The Lost Saucer (1975) to this series, Dr. Shrinker (1976).

Like ElectraWoman and Dynagirl, Dr. Shrinker aired as a segment of the omnibus The Krofft Supershow for one season, and had a strong science fiction underpinnings.

In this case, the inspiration for the series seems to be the 1940 horror movie Dr. Cyclops.  There, Dr. Thorkel (Albert Dekker) lured three scientists to his jungle laboratory and miniaturized them. They then were endangered not just by the doctor, but the now colossal-seeming wild-life of the terrain.

Similarly, Dr. Shrinker tells the story of three young adults -- Brad (Ted Eccles), Gordy (Jeff Mackay) and B.J. (Susan Lawrence) -- who crash their plane on the island of a mad scientist, Dr. Shrinker (Jay Robinson) and his minion, Hugo (Billy Barty). He promptly miniaturizes them, and they escape from his laboratory, into the jungle biome.  There, they battle snakes, rats, and other wild-life. 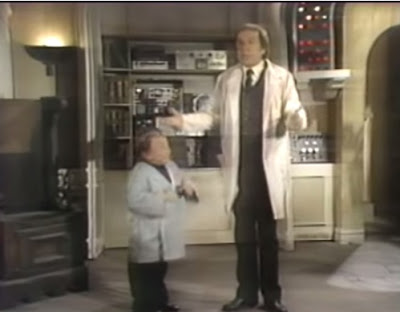 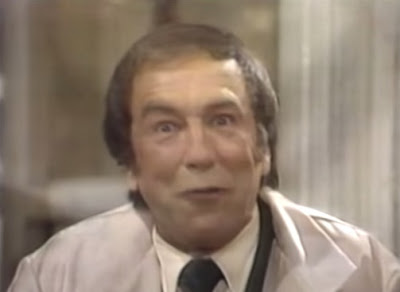 Each week on the series, Shrinker and Hugo also concoct some plan to re-capture the “Shrinkies,” as they are known.  His shrink ray weapon often re-appears in the series too, and often breaks down too.  The Shrinkies hope to use it to be restored to normal.

In terms of visualization, Dr.Shrinker employs the same chroma-key techniques adopted by Land of the Lost. Actors are often matted onto backgrounds which pair them with colossal creatures, in this case the aforementioned wild-life. 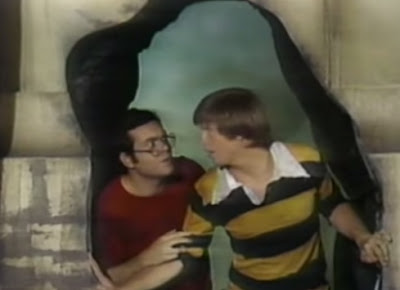 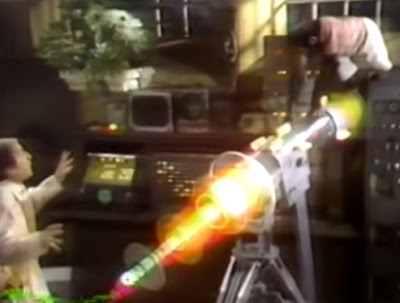 Dr. Shrinker, uniquely, appears to have been ripped off to some degree for Hanna Barbera’s Mystery Island, which I reviewed here not long ago.

There, another plane crashes on a mysterious island, and three youngsters (two male; two female, and a brother/sister duo) are confronted by a mad scientist, in this case “Dr. Strange.”  In both series, the villains have minions, and in both cases, the game is always one of capture and escape.

In the Dr. Shrinker episode “Pardon Me, King Kong,” Dr. Shrinker and Hugo call on Boris the Chimp to help them capture the Shrinkies. Like Kong, Boris takes a liking to a golden haired girl, B.J. and captures her.  Shrinker then holds her captive in a cage in his laboratory, using her as bait. 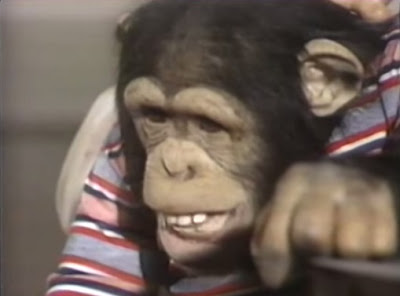 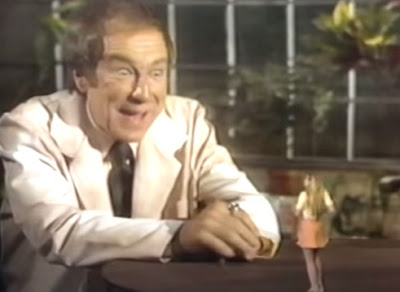 Sure enough, Brad and Gordy soon arrive at his home, and use a fishing hook and line to climb up a chair and reach her.  They too are captured, but manage to escape before the episode is done.

A few things to note: King Kong (1976), obviously, was a major pop culture event of 1976, and so Dr. Shrinker attempts to exploit that here, in some sense, putting a regular sized chimp up against miniaturized humans.

Secondly, the “Shrinkies” are not yet very well-defined or developed, but B.J. comes off as down-right cruel in her scenes with Brad and especially to her brother, Gordy.  She is a mean and unpleasant character, which is surprising given that she is one of the series' heroes. 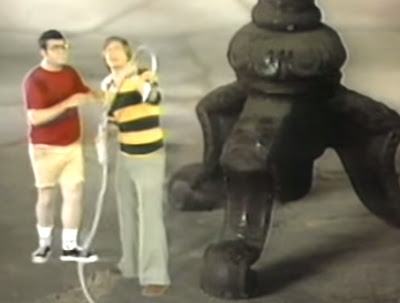 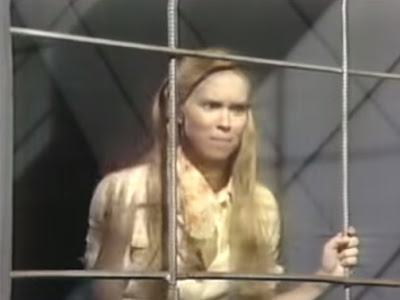 Finally, the best scenes in this episode belong to Jay Robinson and Bill Barty, who chew the scenery together like nobody’s business.
at July 25, 2020