The Filmation animated series BraveStarr (1987 – 1988) ran for sixty-five episodes in the late 1980s. Produced by the late Lou Scheimer, the series is a “space western” set on the distant, multi-cultural planet called New Texas.

As the series theme song explains, New Texas, while on the space frontier, has proven a magnet for outlaws because of the valuable ores that exists in its mountain ranges.

In this case the heroic Native American sheriff of New Texas’s Fort Kerium not only harnesses space age technology, but the mystical powers of his shaman ancestors.

In particular, BraveStarr (Pat Fraley) can summon, in times of crisis, the ears of the wolf, the strength of the bear, the eyes of the hawk, and the speed of the puma. 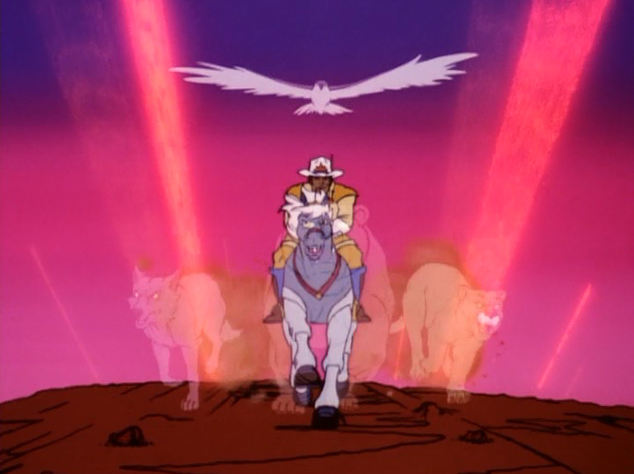 BraveStarr’s allies in the series include a talking “techno-horse” called Thirty-Thirty (Ed Gilbert), who can walk on either all fours or his hind-legs, Jamie McBride (Susan Blu), the town judge and a fiery redhead, and her father, Angus, the town's newspaper man. 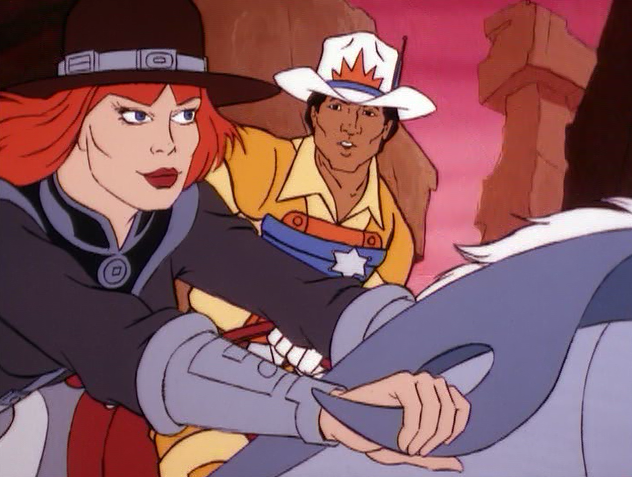 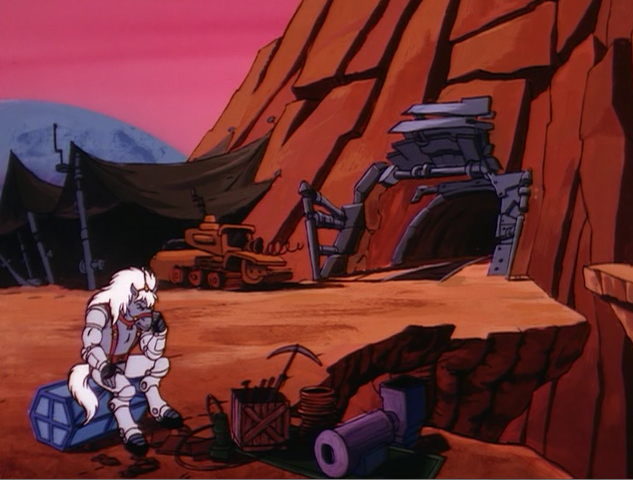 While protecting Fort Kerium from thieves and outlaws like Tex Hex (Charlie Adler), BraveStarr deploys such tools as a “laser lasso,” “sonic shackles” (handcuffs), and gathers information on an early version of Google Glass, a shaded visor that conveys information when BraveStarr  needs to interface with criminal records, maps, or other data-bases. 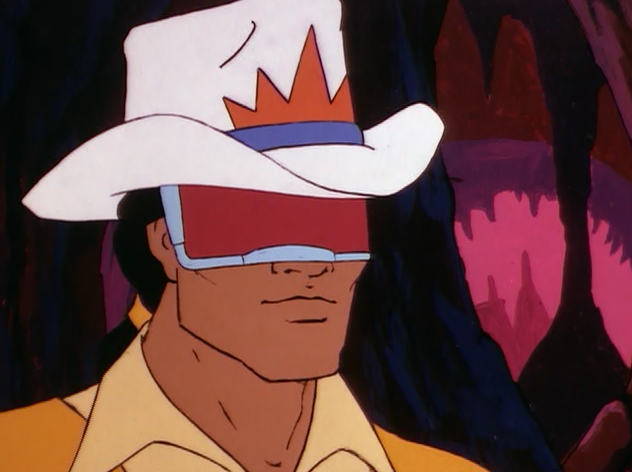 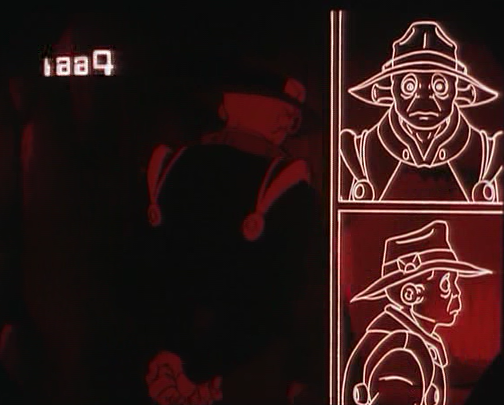 In terms of stories, BraveStarr re-purposes all the old Western movie tropes for the galactic frontier.

Typical stories involve miners, hijacked outlaws, slavers, and so forth.  And like many Filmation programs, every episode of BraveStarr concludes with a “message” from the characters, delivered directly to the audience.

One episode reminds kids not to steal (“Tunnel of Terror”), and another reminds them not to judge people by their size or height (“The Day the Town was Taken.”)

Although listed 29th in the production roster (according to Wikipedia), the first episode of BraveStarr in the complete series DVD set is “Tunnel of Terror.” 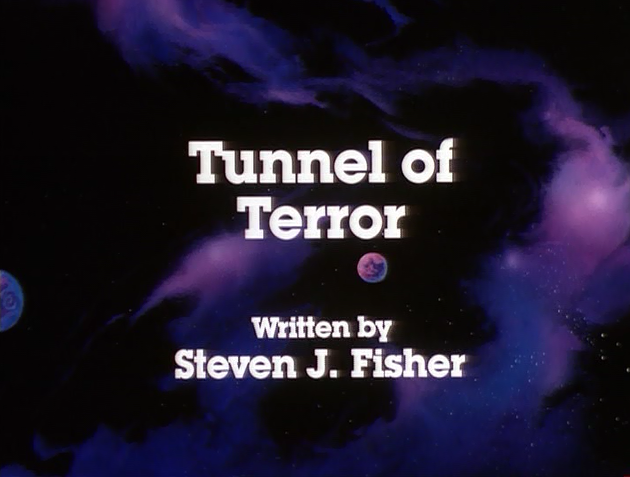 Here, BraveStarr, Jamie and Thirty-Thirty on patrol when they run across old Digger, a miner has found the mother lode of valuable ore in a nearby mine.

Unfortunately, another miner seeks the same treasure, and causes a cave-in, trapping Digger, Jamie and BraveStarr inside.

While Angus and Thirty-Thirty attempt, from outside, to clear the cave-in, those trapped inside must escape poison gas, evade giant bats recently awakened  from hibernation, and escape the cave through a volcanic crater.

Along the way, BraveStarr summons the power of his ancestors to save the day… 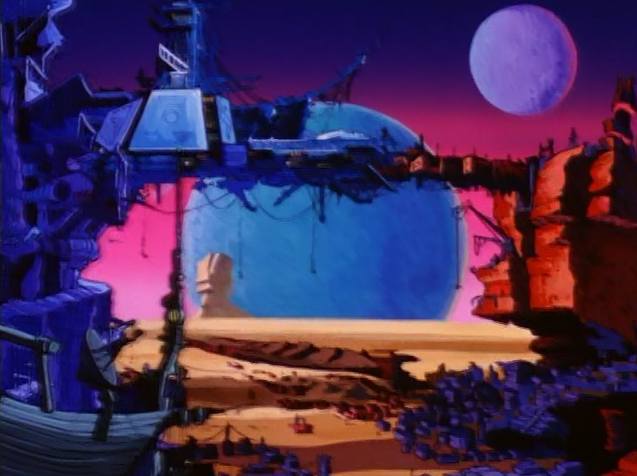 Specifically, the old “coot” Digger and the other miner, Todd compete for riches, but in truth Todd is desperate to pay for medicine for his sick son.  At the end of the day, BraveStarr forges an agreement between these nemeses, and nobody goes to jail.

Much more intriguing than this Old West parable of avarice and forgiveness is the nice visual presentation.  The episode opens, for example, with a sprawling view of the cosmos.  We pan over to New Texas’s three stars, and approach them, one at a time.  Then, we move through a solar flare, and after we pass through its light, we see the planet New Texas emerge.  It’s some grand and amazing imagery, and a perfect note on which to commence the series.

Similarly, the three suns -- red, blue, and orange -- seem to represent the diversity of New Texas’s population.  Humans and aliens of all stripes share the land, and battle for resources and wealth. 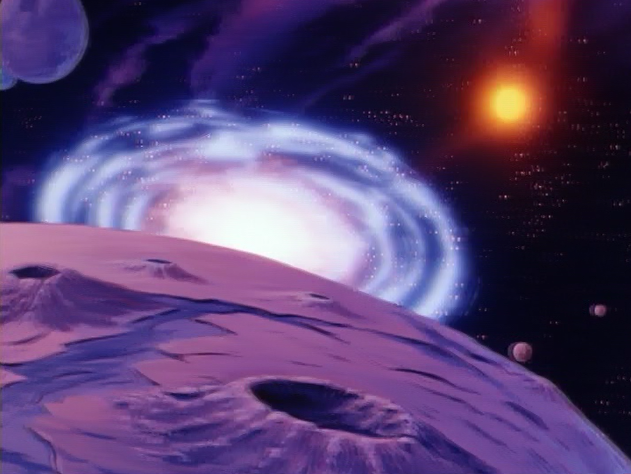 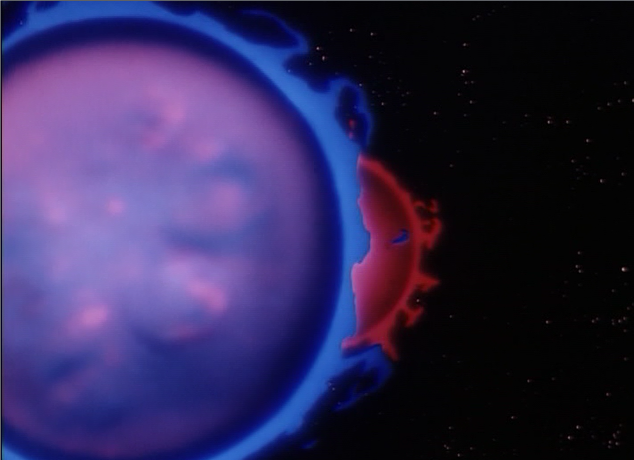 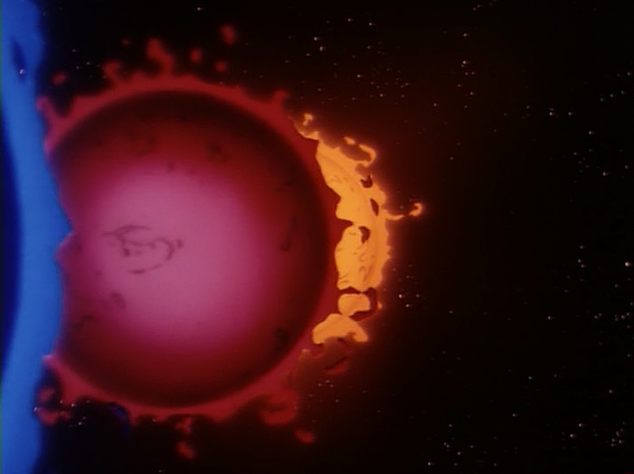 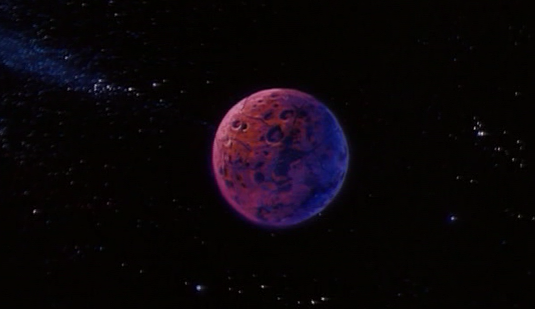 My biggest complaint about BraveStarr at this  very early juncture is merely that some aspects of the series remain unexplained. 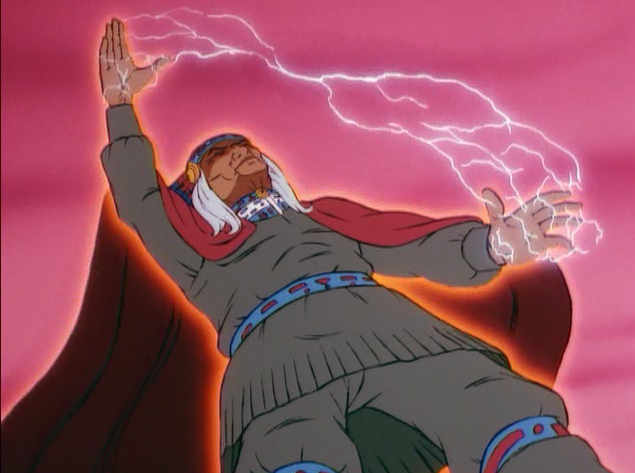 In particular, I would like to know how BraveStarr comes by his mystical powers, and how he manages to summon “the fire” of his ancestor’s “spirit.”

It isn’t terribly difficult to imagine a space frontier, cyborg-horses, or giant bats on a distant world, but the “magic” behind BraveStarr’s abilities should receive the same attention and detail.

Below, you can see the introductory montage to BraveStarr.

I once wrote regarding  Jaws II   (1978) that your enjoyment and appreciation for this sequel may depend, finally, upon which end of th... 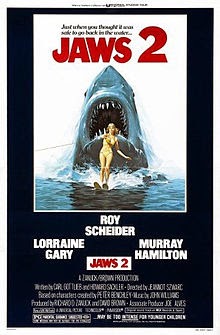