What is the one great Star Trek episode for the ages, if you could select only one?  Below is my selection. 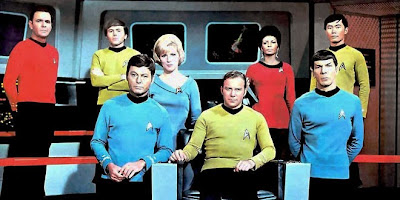 But let me walk you through my thought-process in terms of my selection.  If only one episode of Star Trek is to survive for future viewings, I must consider which episode in the canon highlights best the core elements of the series; which best represents everything Star Trek stands (or stood…) for.

Some of my favorite episodes, like “Space Seed,” or “The Trouble with Tribbles”wouldn’t necessarily make the cut.  They are great shows, but I wouldn’t want either to be my representative Trek.

I’d have to drill-down here a little and answer a key question, I suppose: what does Star Trek mean to me?

It’s about the idea of man going out into the unknown and taking his humanity with him.

It’s about learning to see others (aliens, etc.) in a new and different light.

It’s about resourcefulness on the frontier, on the edge of civilization, when no one is around to back you up. You have great technology, but that technology is no guarantee of survival, or victory in battle.

I’ve been poring over the episode list and I believe have one episode that hits all those hot spots.

It’s not my favorite show, though it’s a good one. It’s not even in my top twenty favorite Treks. (Among my favorites: “This Side of Paradise,” “Amok Time,” “Metamorphosis,” “Journey to Babel,” “Charlie X,” “The Doomsday Machine,” and “The Enterprise Incident.”)

But I would choose “The Corbomite Maneuver.” 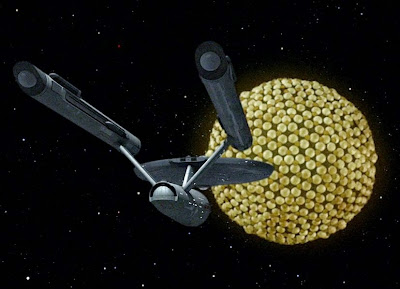 This episode from early in the first season finds the Enterprise encountering a giant cube in space (no, not the Borg).

Captain Kirk reluctantly orders it destroyed when it emits dangerous radiation.  Before long, a much larger alien ship -- the Fesarius -- arrives and threatens the Enterprise.  Its captain is the fearsome and very alien Balok.

Now Kirk must figure out a way to escape from the technologically-superior ship, and the merciless Balok. 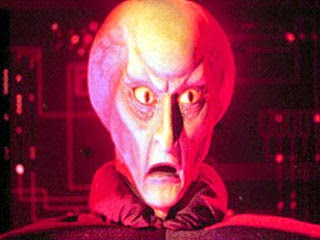 I would choose this episode, first, because there’s a clear surrogate for the audience in the narrative.  We meet young Lt. Bailey (Anthony Call), who is anxious and scared, having never encountered anything alien.  He’s nervous and burdened by responsibility. 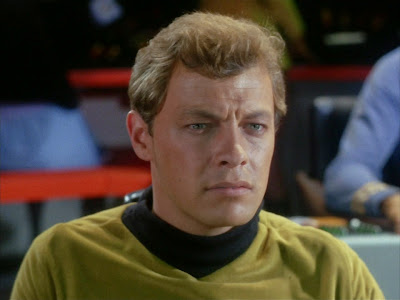 Dr. McCoy thinks Bailey was promoted (by Kirk) too soon, but Kirk sees something of himself in the green officer. He sees a man who can learn and grow.  This character -- who voices audience fears and concerns -- helps us to understand the nature of the Star Trek universe, and the nature of the choices Kirk must make.

The episode also features some good back-and-forth in the heroic triumvirate, with McCoy needling Kirk about his weight, and Spock and Kirk discussing poker and chess. 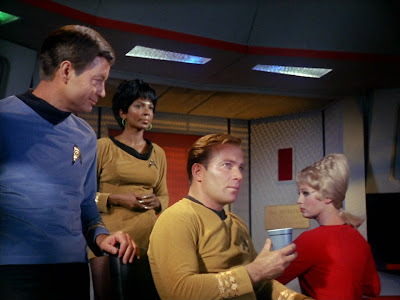 Furthermore, “The Cormobite Maneuver” involves humanity encountering alien life, and not knowing what to expect from it.  In that vacuum, tension rises.

Man brings with him to the encounter both his inexperience (Bailey) and his experience (Kirk), which makes for a nice balance, and a nice complete picture of man as a species.

And the episode’s finale involves a reveal about the true nature of Balok, and the way that “fear” is a universal constant. Kirk, Bailey and McCoy board Balok’s ship only to find that the “alien” is a puppet, and that the real Balok is a child-like alien.  He only presented that other face because he was as fearful as Bailey was about the unknown. 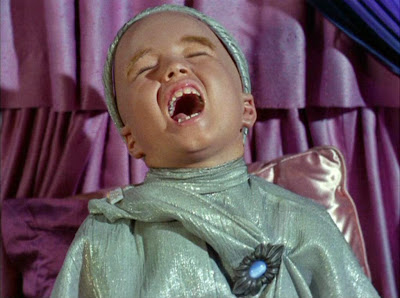 Kirk is up against the wall in this episode, matched against a superior ship and superior powers.  But he uses a bluff -- from the game of poker -- to find a path to survival.  He could easily fail, but he doesn’t.

And when he “wins,” Kirk shows mercy to his enemy, and curiosity about his enemy too.  This act shows that mankind has truly grown-up.  That given the chance, he can choose not to kill, or hurt another life form.

It was tough to make this call, but “The Corbomite Maneuver” is representative of Star Trek’s best ethos, and I think the presence of the rookie, Bailey, makes the episode easier for newbies to identify with.
at September 07, 2018