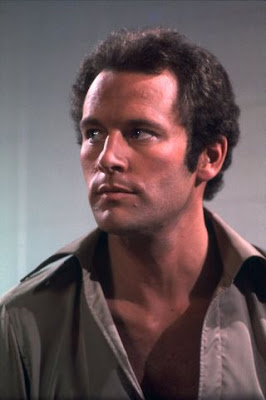 That description only tells part of the story, however. Jared Martin was also -- for more than twenty-five years -- a beloved presence on science fiction and horror television programming.

Jared Martin was best known in the genre for playing the lead role in The Fantastic Journey (1977). In that series, Mr. Martin portrayed a pacifist from the future named Varian. Varian was trapped in the Bermuda Triangle with characters from Atlantis, and elsewhere.

More than a decade later, Jared Martin played the lead role of Dr. Harrison Blackwood on the syndicated hit War of the Worlds (1988-1990). 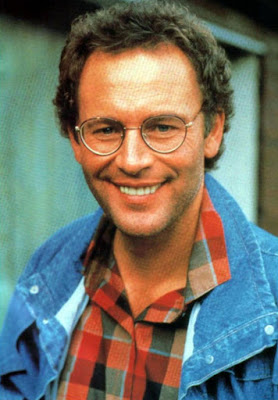 Mr. Martin also had memorable guest roles on many genre hits through the years. He appeared in "Tell David," a memorable segment of Rod Serling's Night Gallery (1969-1973), and in "Fear Factor," an episode of Logan's Run (1977). 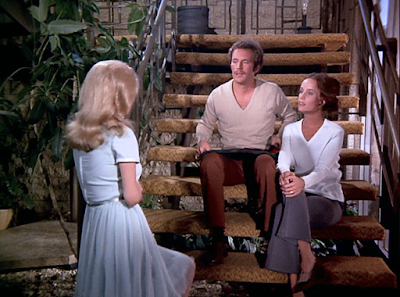 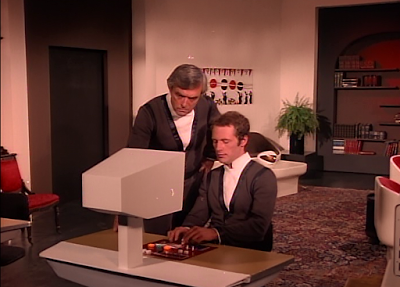 Mr. Martin also appeared in TV series such as The Incredible Hulk, Fantasy Island, Tales of the Gold Monkey, Knight Rider, and Airwolf.  He truly was a ubiquitous presence throughout two-decades of programming.

I will always remember Mr. Martin, in particular, for his thoughtful performances as Varian, on The Fantastic Journey. He brought a great dignity and inner strength to that role that is not easily forgotten. Jared Martin played Varian as a man who led not by violence or threats or intimidation, but through his intelligence and curiosity.

My condolences to Mr. Martin's friends and family at this difficult time. Rest in peace, Jared Martin.
at May 26, 2017

Email ThisBlogThis!Share to TwitterShare to FacebookShare to Pinterest
Labels: Tribute 2017