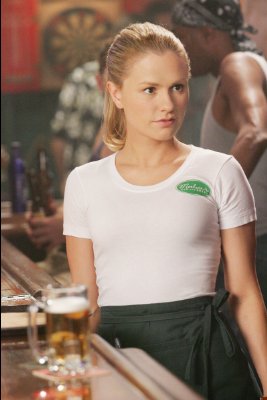 A waitress is a woman who serves customers at tables, at an eatery.

In cult-TV history, waitresses have often been regular characters, or played important guest roles in the narrative. 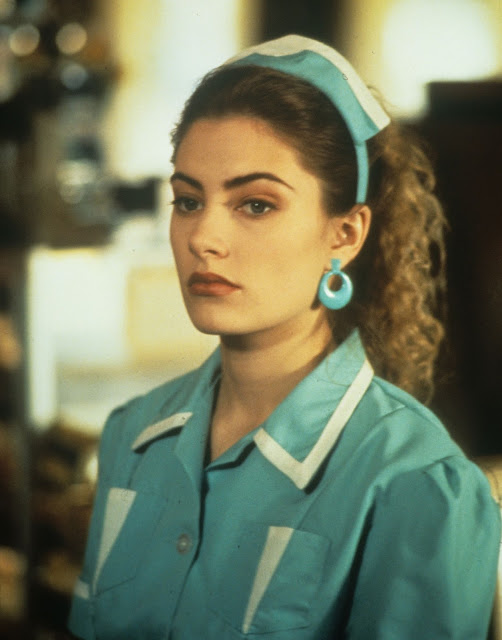 David Lynch's Twin Peaks (1990-1991), for example, gave the world Shelly Johnson (Madchen Amick), a character whom TV guide described as one of the "most memorable" waitresses in TV history. Shelly works at the Double R. Diner, and is a high-school drop-out married to an abusive husband. The character will return -- but will she be a waitress? -- in the 2017 revival.

True Blood's (2008 - 2014) Sookie Stackhouse (Anna Paquin) is also a waitress, at Merlotte's Bar and Grill.  Sookie is part-fairie and part-human, and can hear the (negative) thoughts of those around her, including her customers.  Arlene Fowler (Carrie Preston) is a supporting character on the series, and also a waitress. 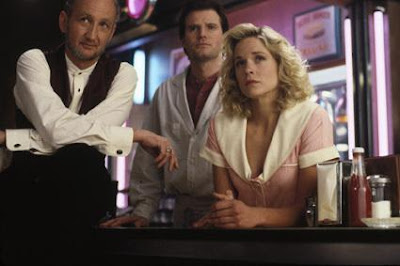 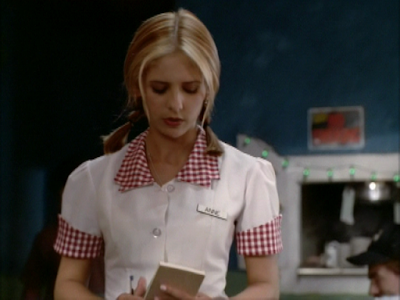 Finally, the third season opener of Buffy the Vampire Slayer (1997-2003), saw Buffy (Sarah Michelle Gellar) leave behind her life in Sunnydale.  In distant, cold L.A. she began her new life as a waitress named "Anne."
at May 22, 2017