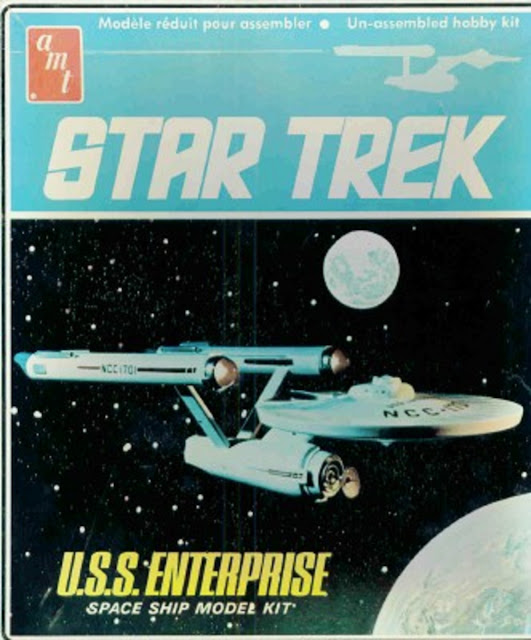 This week at Flashbak, I continued to focus on the upcoming 50th anniversary of Gene Roddenberry’s Star Trek.  This time, however, I looked at the AMT Model Kits associated with the program.

Here’s a snippet and the url: (http://flashbak.com/build-favorite-starship-star-trek-models-61873/ ). 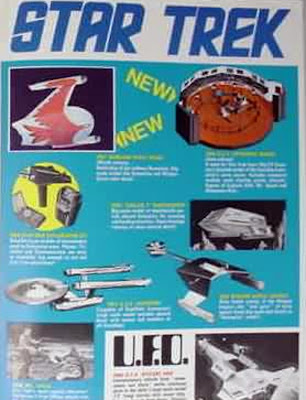 “I’ve written here before about the long years between the cancellation of Star Trek in 1969 and the premiere of Star Trek: The Motion Picture in 1979.  Fans had the CBS Animated Series in 1973 to enjoy, but that “lost” decade was largely made of up of reading literary adaptations (or fotonovels), collecting Mego Toys, and -- last but not least -- building model kits from AMT.

For over a decade, AMT (later AMT/ERTL) held the license to Star Trek, and produced a series of model kits based on the original series.

The most important kit, of course, was the starship Enterprise. You could buy the kit, and build Kirk’s ship, and then buy it again several more times and detail it with the right “NCC” appellation to be ships such as the Valiant, the Intrepid, the Constitution, the Exeter, and even Decker’s Constellation.
AMT also produced kits of the Galileo shuttle, Klingon and Romulan ships too. There was even a kind of mysterious “alien” ship from AMT, a redress of the Leif Ericson Galactic Cruiser kit but as a Star Trek “Interplanetary UFO.” 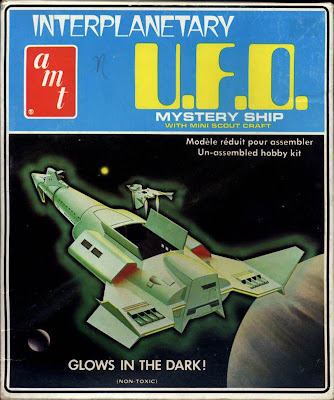 As the Star Trek AMT line continued into the seventies, other offerings included the K-7 space station, seen in the episode “The Trouble with Tribbles,” and an exploration kit featuring a Starfleet phaser, communicator and tricorder.

Another popular kit was a miniature of the Enterprise “Command Bridge,” replete with plastic representations of Kirk, Spock and Scotty…”