At Flashbak: Five Times That Earth’s Space Probes Came Back to Haunt Us in Film and Television

This week at Flashbak, I looked at the (fictional) danger of unmanned space probes in films and TV programs.

Here’s a snippet and the url for “Five Times that Earth’s Space Probes Came Back to Haunt Us”: 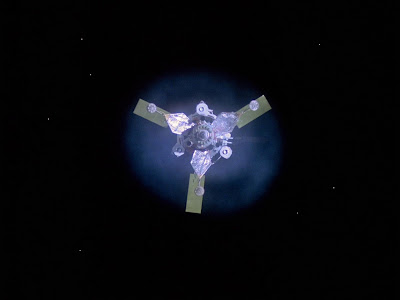 “Humanity’s dedicate attempt to reach the stars -- the space program, for lack of a better term -- is unequivocally, one of the greatest achievements in human history. It is responsible for many technological advancements, and a deeper understanding of our universe.

But genre film and television have often considered a unique form of blowback to the space program.  In particular, movies and TV programs have, for decades, imagined that the very unmanned vehicles we send out to the stars for learning and scientific investigation – space probes -- come back instead to threaten and destroy us instead.

Here are five of the most memorable examples of dangerous space probes.  As you can see, this idea seemed to carry a special currency in the years 1967-1979, a time-span which coincides with some of the most important NASA mission. 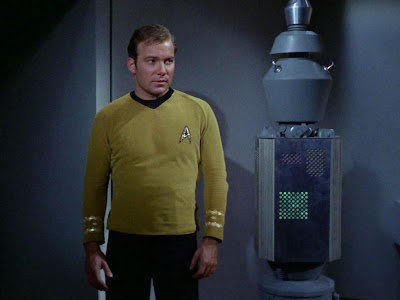 In this second season episode of the original Star Trek, the U.S.S. Enterprise encounters Nomad, a space probe launched from Earth in 2002 by eccentric engineer Jackson Roykirk.  At some point on its intergalactic journey, Nomad collide with and fused with an alien space probe called Tan Ru. Now the hybrid seeks to not seek out new life, but sterilize imperfect life forms.  When the Enterprise encounters this “changeling,” it has just killed the 4 billion inhabitants of the Melurian solar system.
Before Nomad is destroyed by Kirk (William Shatner), who convinces it that it too is imperfect, Nomad kills Scotty (James Doohan) an erases Lt. Uhura’s (Nichelle Nichols) memory. 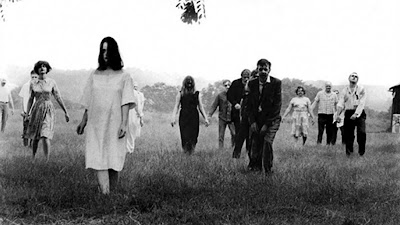 What causes the zombie apocalypse in George A. Romero’s Living Dead Universe?  Well, it’s another dangerous space probe. In this case, NASA’s Venus Space Probe returns from that planet carrying a dangerous an unknown form of radiation. NASA self-destructs the craft on its entrance into Earth’s atmosphere, but it is too late.  The probe carries that radiation, which, according to news reports in the film, may be responsible for the zombie plague….”