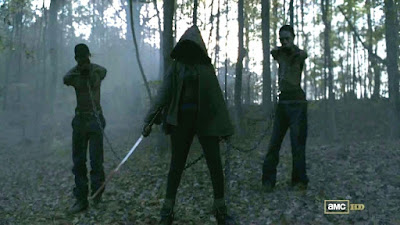 A hood is a cloth covering of the head and neck, with an opening for the face. Recently, hoods are back in fashion, though renamed -- at least informally -- hoodies.

Characters wearing hoods and hoodies have been a major part of cult-TV history.  In the early decades of the genre, the hood was representative of evil or darkness. 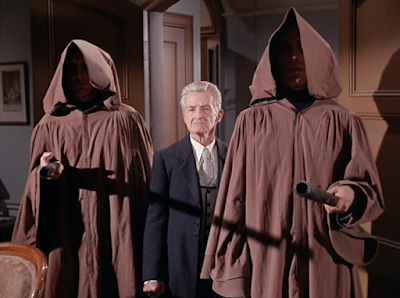 Consider the fearsome Law Givers of planet Beta III in Star Trek's (1966 - 1969) "Return of the Archons" in 1967. We never see the faces of these individuals, as their visages are cloaked beneath hoods. 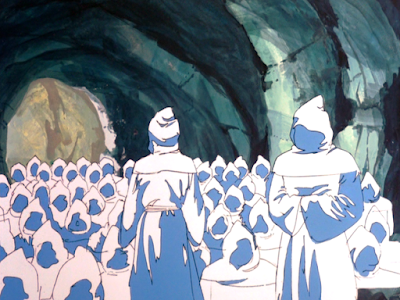 In the animated series, Return to the Planet of the Apes (1975), the subterranean denizens of the Forbidden Zone -- known as the Underdwellers -- similarly wear cloaks to hide their faces.

In Space: 1999 (1975 - 1977) one episode, "Another Time, Another Place," features a creepy dream in which an Alphan, Regina (Judy Geeson) is facdd with a grim-reaper-like doppelganger.  That doppelganger's pale face is draped in a black hood. In Star Trek: the Next Generation (1987 - 1994), the Portal of the T'Kon Empire also wears a hood while testing the relative values of the Enterprise crew and the Ferengi.

More recently, heroes have taken to wearing hoods. Michonne (Danai Gurira) -- the ultimate survivor on AMC's The Walking Dead (2010 - ) is first introduced brandishing a katana and protecting her face underneath a hood.  She is a fearsome enemy, indeed. 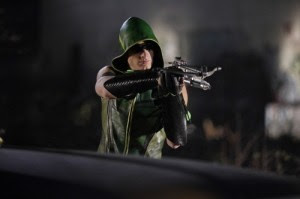 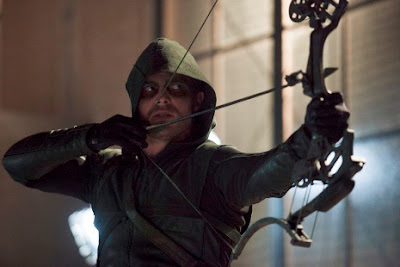