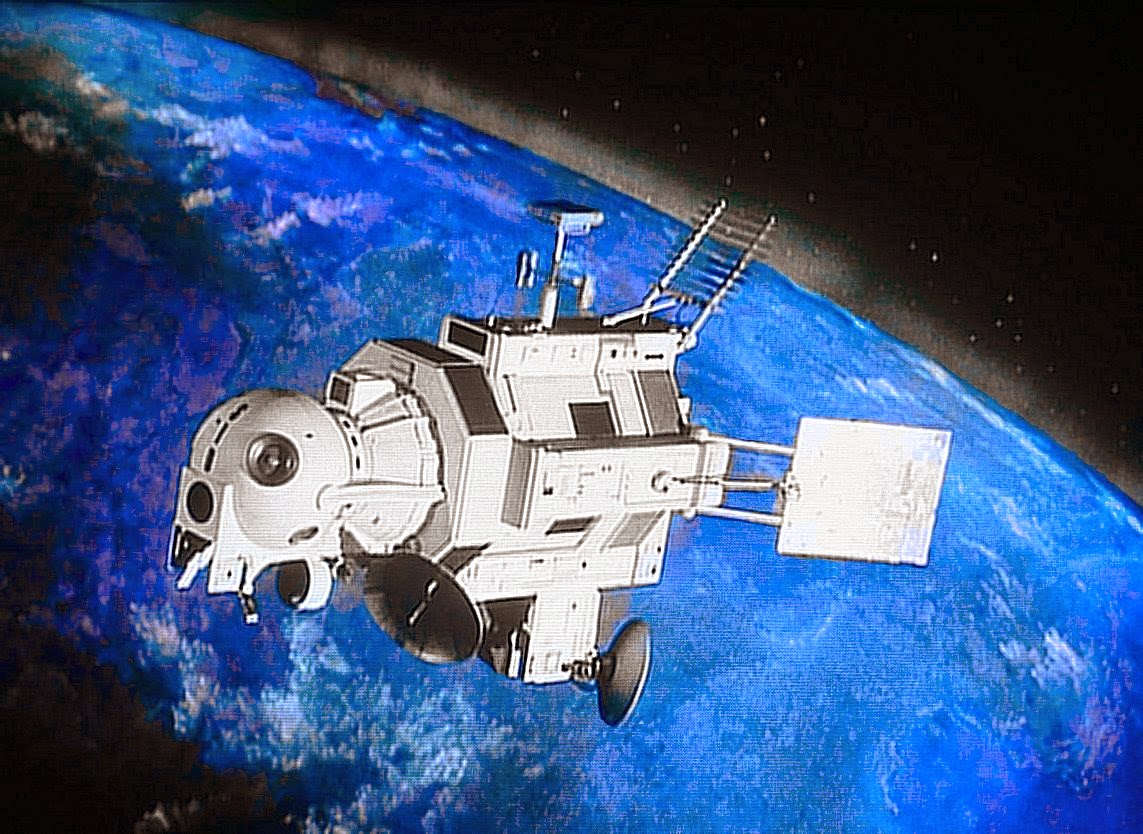 An unmanned spacecraft is one which carries no human or humanoid crew. There have been many famous space crafts of this type seen in science fiction programming over the years. 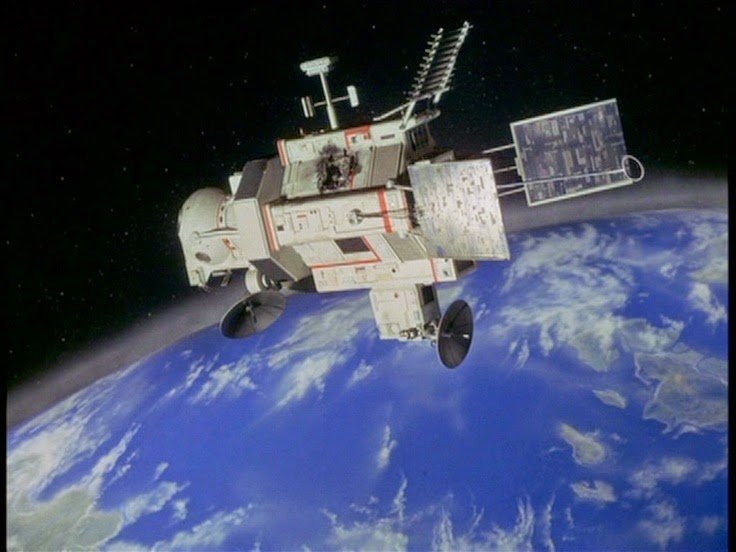 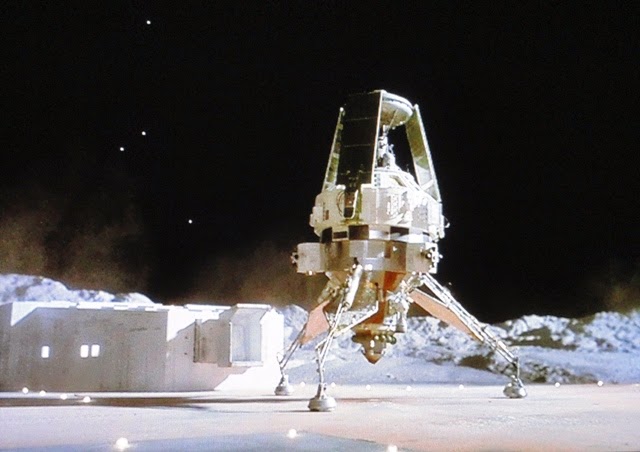 In Space:1999, also created by the Andersons, Voyager One -- an unmanned space probe powered by the (dangerous) Queller Drive -- encounters Moonbase Alpha in the Johnny Byrne-penned episode “Voyager’s Return.”  The probe has left a path of destruction in its wake, and the vengeful Sidons wish to destroy Alpha out of revenge. 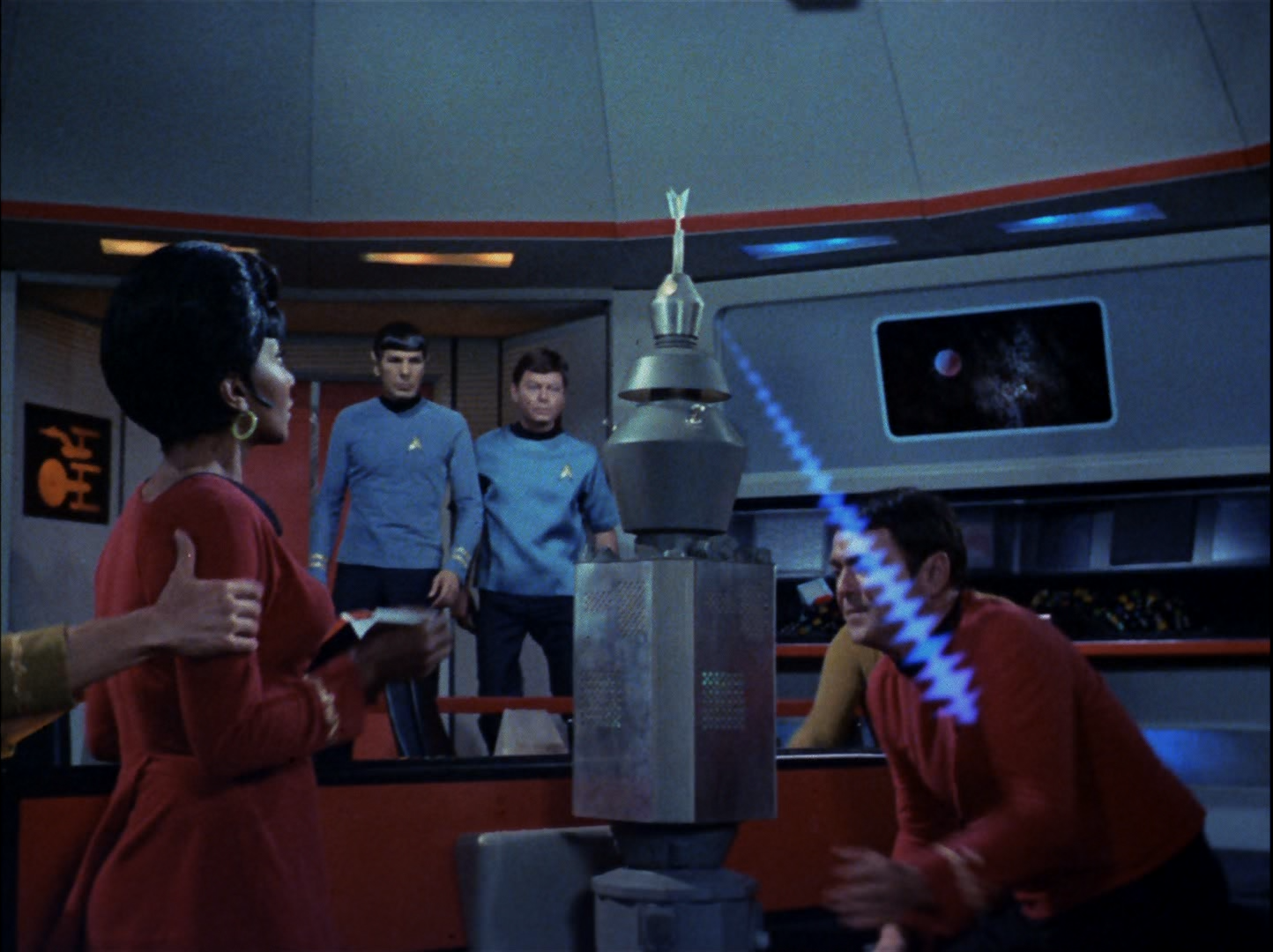 Many unmanned space probes appear in the Star Trek franchise over the years. In the original Star Trek (1966-1969), The U.S.S. Enterprise encounters the modified Earth probe Nomad, launched from Earth generations earlier. In “The Changeling” this probe now has the capability and purpose of sterilizing any life-form it finds imperfect. 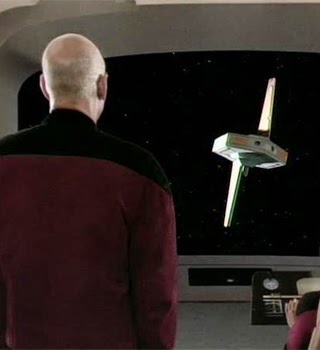 In Star Trek: The Next Generation (1987 – 1994), one of the finest episodes of the entire run, “The Inner Light” concerned the Enterprise’s encounter with an unmanned probe from a dead planet.  The probe zapped Captain Picard (Patrick Stewart) and he ended up living the life of a dedicated science and family man on that doomed world.


On SGU (2010 – 2012), a group of military men and scientists on the Stargate project encountered the Ancient starship Destiny, left unmanned and uninhabited, and made it a makeshift home as it journeyed through the universe.
at July 13, 2015