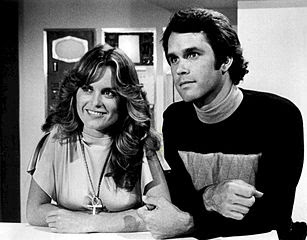 "It was the most expensive series ever done at that point, and was considered very high-tech with its special effects. Suddenly Star Wars came out while we were on hiatus, and we looked like the old Buck Rogers series, where they had cigarette smoke blowing out the back of the rocket ship. Star Wars just totally reinvented space movies and TV series. It made us look so bad overnight! That first season was very successful, but literally during the course of that summer hiatus, we became out-dated, and didn't even come back."

- Gregory Harrison discusses the events leading up to the cancellation of the Logan's Run TV series in 1977 with Talkin' Broadway's Jonathan Frank.
at July 29, 2013