Collectible of the Week: Mork and Mindy Action Figures (1979; Mattel) 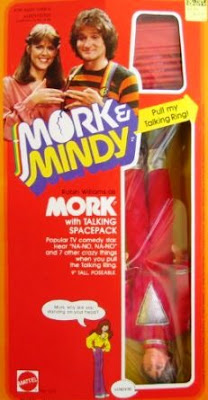 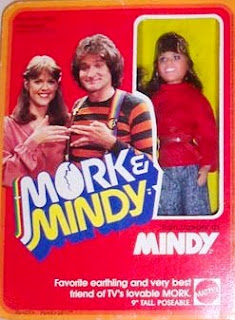 The Mork action figure came with a "talking space pack" which, when a string was pulled from the rainbow colored device, would emit eight "crazy" catchphrases such as the ever-popular "Na nu, na-nu."

A Mindy figure was also produced, described as "favorite earthling and every best friend of TV's lovable MORK."  Mindy (Pam Dawber) came  complete with long hair that could be brushed (as opposed to a plastic mold, like Helena Russell's figure from the 1999 collection.) 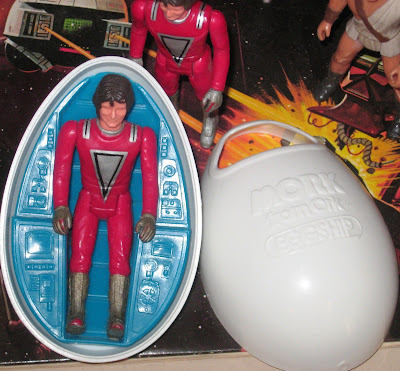 At the same time that these two larger-scale figures were released, Mattel also produced a small 3 and 3/4s inch action-figure of Mork (to fit right alongside your Kenner Star Wars figures)

This figure came housed in his egg spaceship (or eggship), which could hatch right down the middle and release Mork for more antics.