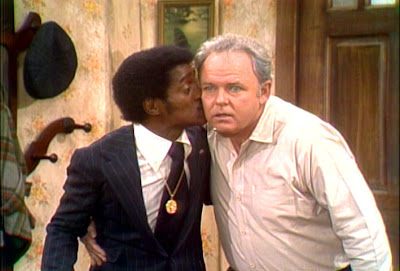 The 1970s was a strange era for television, even for mainstream network television.

Two of the most popular characters of the era were very unconventional or non-traditional ones.

On ABC’s Happy Days (1974 - 1984), there was the Fonz (Henry Winkler): a leather-jacket wearing, motorcycle-riding reformed hoodlum with quasi-magical powers.

And on CBS’s All in the Family (1971 – 1979) and later Archie Bunker’s Place (1979 – 1983), there was Archie Bunker (Carroll O’Connor), an ignorant, working-class bigot from Queens, NY who spewed toxic malapropisms…and yet was widely beloved by audiences.

I’ve written some about the cultural impact of The Fonz, here.

But today, I turn my attention to Mr. Archie Bunker, a character who spawned board games, political buttons (Vote for Bunker!), record albums, and even, on one strange occasion, a toy baby doll (“Archie Bunker’s Grand Son, Joey Stivic.”) 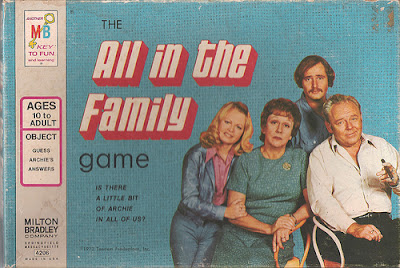 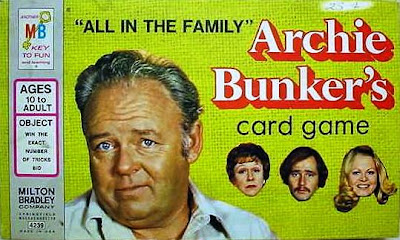 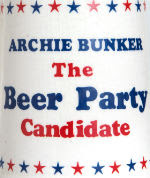 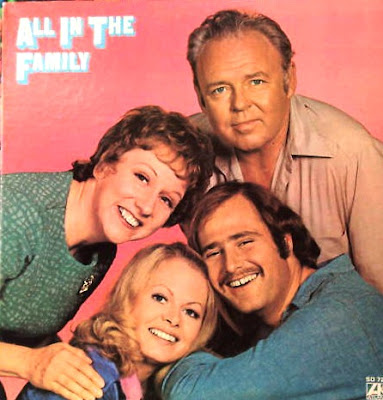 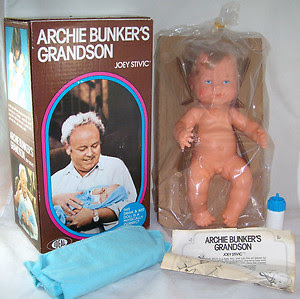 The TV series also initiated many spin-offs, including The Jeffersons, Good Times, Maude and Gloria.

Today, Archie’s beloved living room chair is installed like some king’s throne at the Smithsonian in Washington D.C. 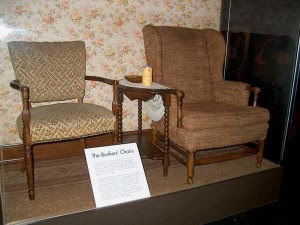 Over the years, All in the Family earned four consecutive Emmy Awards for best comedy series, and across the considerable catalog of episodes, Archie Bunker raged vehemently against liberals, atheists, women, African-Americans, Jews, Puerto-Ricans, Catholics, homosexuals, hippies, democrats, and even blood transfusions.

In doing so, he often looked like an absolute fool, and his rampant ignorance, while funny, knew no bounds.  Among his wit and wisdom: "No bum that can't speak perfect English oughta stay in this country...oughta be de-exported the hell outta here!"  and "I ain't got no respect for no religion where the head guy claims he can't make no mistakes. Like he's...inflammable."

The question becomes then, what makes this TV character, despite his blustery, bigoted, bullying ways, so beloved by a generation?

It’s a complex question, but in the end it comes down to one fact of life.

He may be your father or your grandfather.  Or he may be the uncle you avoid like the plague at Thanksgiving dinner.

But we all know a man who is set in his ways, believes certain things to be true (whether they are actually true or not), and expresses ideas that are, simply, repugnant.

Yet here’s the thing:  This guy you know is probably a relative, either by biology or by marriage, and perhaps he has shown you more than a glimmer of kindness or generosity on an occasion or two.  This fact makes it utterly impossible for you to hate him entirely, no matter how much you hate his viewpoint and his mode of expression.

Or perhaps, unexpectedly, you caught a surprise glimpse of your particular Archie Bunker’s (unhappy) childhood, or otherwise witnessed some vulnerability in him.  So suddenly, you understand what makes him tick.

I know that this has happened in my life at least a few times, and so I credit Norman Lear, Bud Yorkin and the late, great Carroll O’Connor for creating such a true “human” character.   I once knew a man who had snide epithets for everyone he met who was even slightly different from himself, and I watched, as he grew old and frail, how utterly afraid and fearful he was of almost everything in his life.  Once I saw and recognized that vulnerability, my opinion of him changed

In contending with an Archie Bunker, it’s not that you want to cuddle a bigot…it’s that you come to see that there is more to the character (or your relative) than those admittedly unattractive, bigoted qualities.  Underneath, there is something deeply wrong, unfulfilled, wounded, or afraid.

So I submit that the popularity of Archie Bunker is a testament, in fact, to how kind and patient most people really are.

Those he constantly puts down, insults, and demeans are able to do something Archie rarely does...tap into their compassion.

This capacity makes them-- the disenfranchised -- ultimately superior to Archie.

Bunker thinks of himself as the bread-winner and patriarch of his house at 704 Hauser St., but he owes  a lot to the love of his wife, Edith (Jean Stapleton) and to the enduring patience of nearly every person he encounters, from doctors to Catholic priests.

On a related note, perhaps the most frightening people I’ve met in my life are those viewers who watch All in the Family and don’t comprehend that Archie is deliberately an anti-hero.  They actually believe all the things he believes, and are just glad someone told it “like it is” on TV, warts and all.

That is truly scary.  Compassion for another human being is one thing, and I'm all for it.  But climbing on-board the ignorance train is something else entirely.