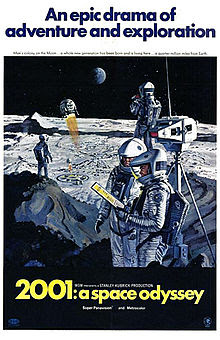 “Your thoughts on Stanley Kubrick and his contributions to the world of film as it relates to horror/sci-fi?

And do you think he did a disservice to his fans by directing so few films over such a long career, or, was his meticulous preparation what made his films so unique? 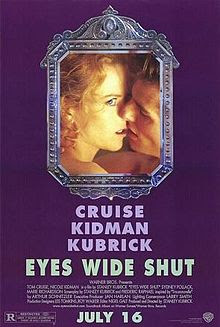 I also count Eyes Wide Shut (1999) as a meaningful horror genre contribution, by the way.  In fact, it’s one of the most unnerving and deeply creepy films of the last fifteen years.  In a very real sense, the film features real-life vampires: a predatory, vulture-like upper-class feeding on the rest of society.  Watch Eyes Wide Shut again today, and you’ll detect immediately how it forecasts the kind of Occupy Wall Street divisions we’ve seen playing out culturally in the last year or so.

What I appreciate most about Kubrick and the films I listed above however, is their overtly cerebral and intellectual nature.  Even outside of the chilly setting of The Shining, the aforementioned films boast a sense of removed, dispassionate, glacial intelligence.  There is nothing warm or “easy” about these films, and yet -- engaging with Kubrick’s films -- I love to align myself with that kind of crisp, unemotional mentality.  For me, Kubrick offers a unique vision, one of almost clinical precision and focus.  His films are beautiful to watch, and challenging – but rewarding -- to interpret.

A great many folks count 2001: A Space Odyssey as the greatest science fiction film ever made, and one of the best films ever produced to boot.  I don’t place 2001 at the number one slot for the genre, but I understand the arguments for such positioning.  I prefer the political/social commentary of Planet of the Apes (1968) to the technological vision of 2001, and yet I take every opportunity to watch 2001 again.  It’s indisputably a great film and a landmark sci-fi film. 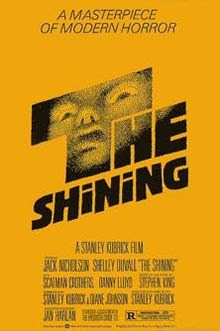 I believe Stephen King convincingly wrote chapter-and-verse on the reason that he didn’t care too much for Kubrick’s interpretation of The Shining.

And yet that horror film has flourished as the definitive adaptation of that literary work, and as one of the most beloved horror films made in the last half-century.  I suspect this is because of Kubrick’s intelligent, obsessive, psychological approach to the material.  From the wintry, foreboding landscapes and the recurring title cards, to the episodic, repeating incidents at Jack’s typewriter, the film perfectly captures the sense of a human mind coming slowly unhinged…a piece at a time.  The film may not work in supernatural terms, but there’s an uncomfortable truth -- brought out ably by both Nicholson and Kubrick -- in Torrance’s psychological disintegration that’s tough to deny.   The film is the ultimate nightmare of a "bad" Father.

I suspect that if Kubrick had made films more quickly, he would have sacrificed his own particular, obsessive genius.

The films I’ve mentioned here are just one facet of his glorious career, but there are other enterprises of fascinating dimension (Barry Lyndon, Full Metal Jacket, Paths of Glory, Spartacus) as well.  Until Ridley Scott’s Black Hawk Down (2001), Full Metal Jacket was my favorite war film, actually.

In all, Stanley Kubrick gave audiences a good dozen films or so, and that’s more than enough quality work by which to assess his genius.

Instead of working faster, I just wished he had lived another decade.  I would have loved to see a Kubrick-directed A.I. (2001), for instance.   But I’m immensely grateful for the films Mr. Kubrick gave the world in his time on this mortal coil.

Ask me a question at Muirbusiness@yahoo.com.