Ask JKM a Question #10: Do I write about women directors? 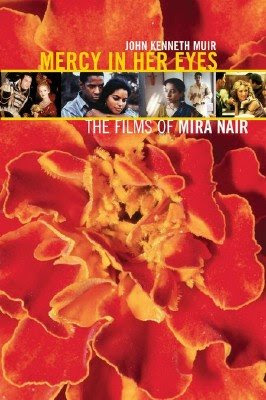 “Do you ever write about women film directors?”

One of my favorite filmmakers working in the industry today is Mira Nair.

In 2006, Applause Theatre and Cinema Books published my director’s study of Nair called Mercy in Her Eyes.  It tracks Nair’s output and artistic development from 1988’s Salaam Bombay to Vanity Fair (2004), with a short chapter on the making of The Namesake (2007).

Nair is a great and dynamic auteur, a director capable of composing ravishing visuals, as we have seen in Kama Sutra (1997) and Monsoon Wedding (2001) among others.  I particular enjoy her continuing ability to find – and extend – highly dramatic moments that capture the nature of her characters and their lives.  She fashions a kind of visual sensuality through slow-motion photography and other techniques, so that audiences can detect the beautiful but ephemeral nature of human existence.

In terms of the horror genre, my book Horror Films of the 1980s includes reviews of Mary Lambert’s Pet Sematary (1989) and Kathryn Bigelow’s Near Dark (1987)…both of which I assign “four stars,” or my top rating.  Horror Films of the 1990s features a review of Bigelow’s Blue Steel (1990), which was interesting, but perhaps not as strong.

To be candid about this matter, the movie business is still very much male-dominated, as I’m sure you realize.  That fact established, I really ought to review some of Bigelow’s cinematic work here on the blog, including the action film Point Break (1991), or the sci-fi epic, Strange Days (1995)…two films I really love and admire.

Thank you for the question.


And readers, don't forget to send me questions, at Muirbusiness@yahoo.com
at July 12, 2012