Four Years on the Blogosphere (So Far...)! 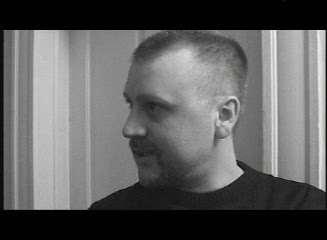 Holy cow! Today marks my fourth anniversary blogging here at reflections on film and television. Time flies when you're having fun, I guess. Hard to believe I began this endeavor back in 2005, on the eve of the release of Revenge of the Sith. In some ways, it seems like a lifetime ago. In other ways, it seems like the party's just begun.

Looking over my stats, I see that this is my 1,340th post on the blog. Broken down, that number includes 70 cult tv flashbacks, 85 retro toy flashbacks, 13 comic book flashbacks, over 200 movie reviews, plus another dozen or so TV movie reviews. Plus lots of essays, commentaries and plenty of theme songs of the week.
Blogging during this last year has proven an especially memorable experience for me. Between The House Between's nomination as a Sy Fy Genre "Best Web Production," my induction into the ranks of the The League of Tana Tea Drinkers, and the deluge of X-Files fans who arrived here to read my review of I Want to Believe and ended up sticking around...things have really been hopping 'round these parts!

But as I often like to say: stick around...the best is yet to come. And more importantly, I humbly and happily thank you, the readers, for making me part of your regular read. And -- in case you're worried -- I still have plenty to say. 1,340 posts isn't even scratching the surface...
at April 23, 2009

Email ThisBlogThis!Share to TwitterShare to FacebookShare to Pinterest
Labels: about John