I have always had a soft spot for Monsters (1988 – 1991), the horror anthology from Laurel that succeeded the company’s successful Tales from the Darkside (1984 – 1988).
Specifically, I watched Monsters while I was away college, late at night on the weekends, and even if my expectations weren’t high, the series usually met them. I’ll forever associate the series with my freshman year dorm room at Robins Hall, on the University of Richmond campus, and late night deliveries of Dominos Pizza.
Monsters emerged from the great syndication boom of the late 1980s, the period that brought us such cult-TV favorites as Star Trek: The Next Generation (1987 – 1994), War of the Worlds (1987 – 1989), Friday the 13th: The Series (1987 – 1990), and more.
Although it was a distinctly low-budget horror series, Monsters always felt like it was made with love and affection for the genre, and it never took itself too seriously.
“It’s sort of like working in the old B-Movie era,” series writers Bob Schneider and Peg Haller told Fangoria, “…one of the things that’s great about Monsters is that it’s good for writers. Because of the limited special effects and limited sets, a lot of it has to be done with dialogue and characters…the situation demands that you come up with a concept that really works.”
More often than not, those concepts did work. The series featured some great, straight-up horror shows (like “The Match Game,” or “The Hole”) but also, in the spirit of Rod Serling’s horror anthologies, occasionally delved into social commentary. 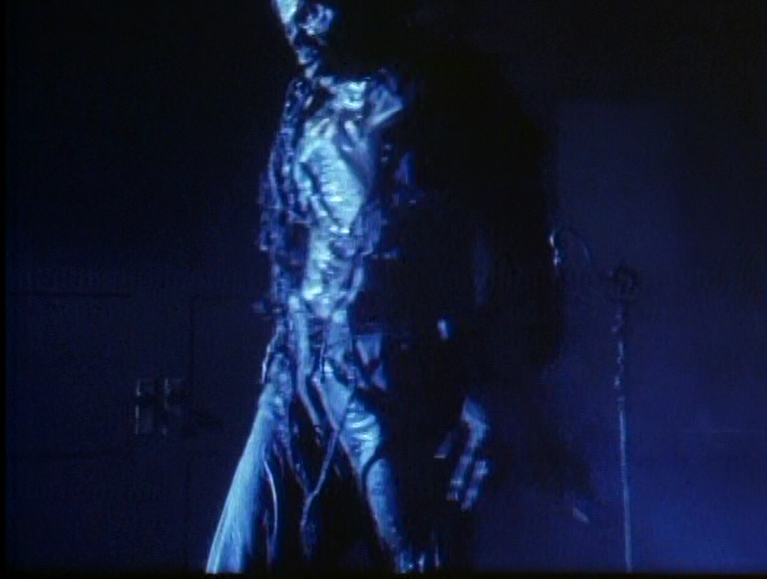 One episode – “One Wolf’s Family” was a riff on Guess Who’s Coming to Dinner (1968) and concerned a werewolf bringing home his were-hyena girlfriend to a bigoted, Archie Bunker-like father, played by Jerry Stiller.
Another story, “My Zombie Lover” was about a girl (Tempestt Bledsoe) who fell in love with a zombie over the objections of her parents. In the age of Howard’s Beach, Tawana Brawley and the disgraceful Willie Horton ad, these and other episodes argued cogently against racism, and did so in funny and entertaining ways. 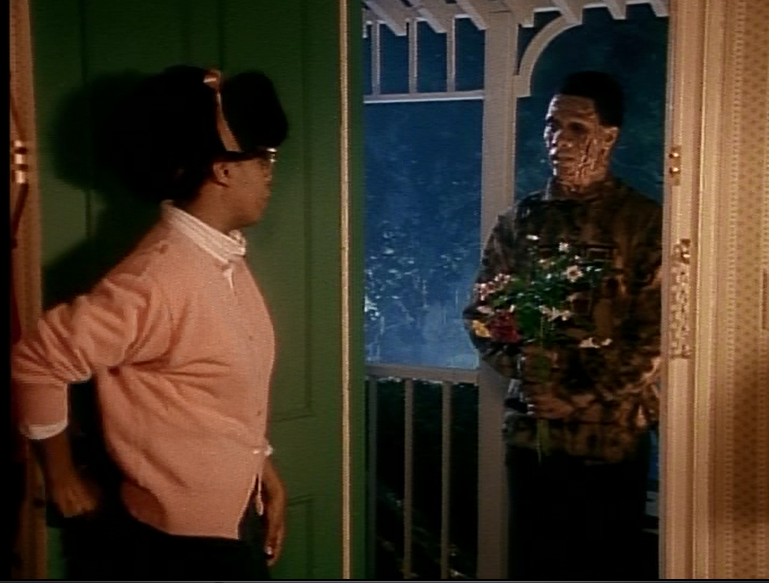 Time Magazine noted in 1989 that the typical episode of Monsters is a “lively half-hour…which each week delivers just what is advertised: a grotesque and usually malevolent creature,” and that the show was “enlivened by grisly good humor.”
In 1997, The Blockbuster Entertainment Guide to Television reported that the series was “irreverent” and “provided a good scare, like those old midnight terror tales on the radio.”
That latter observation represents almost exactly how I view Monsters.
The stories are solid, and occasionally inspired, and the overall tone is nostalgic in some sense.  The series doesn’t attempt to belabor grittiness or any other modern qualities of the genre.  So, clearly, it’s a throwback. Even the introductory montage (which I blogged about last Sunday) seems to obsess on the simpler days of Yesteryear, when the American family would gather round the living room TV to eat dinner and catch a show together.
Back in the late 1988, Monsters went up against a better-known horror commodity, Freddy Krueger (Robert Englund), who was hosting a different anthology, Freddy’s Nightmares: A Nightmare on Elm Street The Series (1988 – 1990), and so proved a ratings underdog despite the advertising lure of a “a new creature featured every week.” Where Tales from the Darkside had signed 125 stations around the U.S., Monsters was able to scare up barely 78 affiliates.
But because of the show’s quality, Monsters showed 55 percent audience growth over the first month it aired while the inferior but better known Freddy’s Nightmares saw its numbers plummet following heavy curiosity viewing. 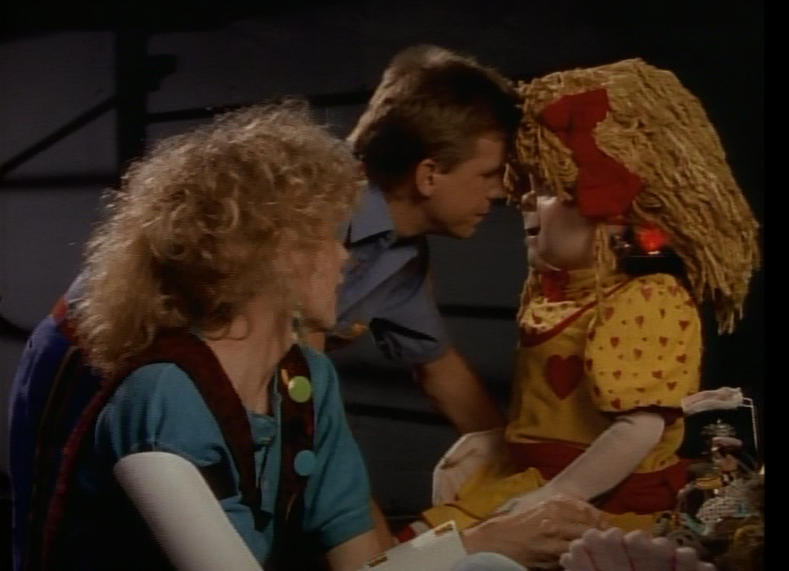 After three seasons and seventy-two episodes, Monsters went to Rerun Heaven, and it was broadcast on the old Sci-Fi Channel frequently in the late 1990s.
I’ll close with another of Monsters’ amusing tag-lines. “Look what they’re hatching now!”
at October 05, 2020