In “The Feverman” -- the very first episode of Monsters -- a desperate family man in Victorian England, Mr. Mason (John C. Vennema), takes his feverish daughter to an alternative healer called “The Feverman” over the objections of his traditional physician, Dr. Burke (Patrick Garner).
At first, Burke’s concerns about the Feverman, Mr. Boyle (David McCallum), seem well-placed, since he is a grumpy, ill-mannered alcoholic.
However, when Mr. Burke interferes in Boyle’s ritual to cure the Mason girl, he is surprised to learn the truth of the matter: The Feverman engages each disease he encounters in mortal, physical combat, and in this case, the girl’s fever presents as a blubbery, tumorous monster.
When Burke’s interference causes Boyle to be mortally-wounded, the Feverman tells the conventional physician that he must take his place, and kill the hulking, fleshy fever with his bare hands. 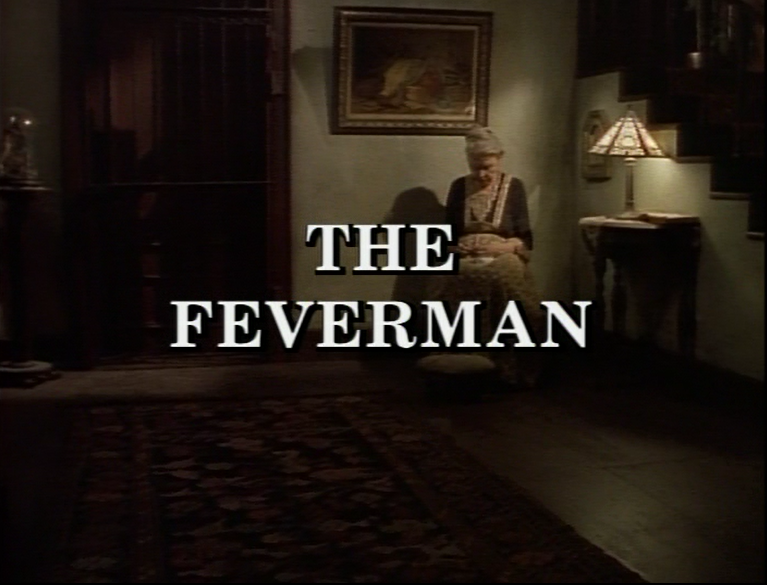 With the great David McCallum (veteran of such anthologies as The Outer Limits [1962 – 1964]) leading the way, “The Feverman” qualifies as an assured debut for Monsters. At its heart, the premiere story concerns the idea, deeply ingrained in our culture, that only Western-style medicine can “heal” the sick and that anything else -- or from any other tradition -- qualifies as quackery.
In “The Feverman,” for example, Dr. Burke is disrespectful and cynical about Boyle’s approach to healing the sick, and he even calls him a “trickster.” He worries that Mason is being conned. He also asks Boyle if he will refund Mason’s money if his patient dies.
Boyle’s response is perfect. He asks if Burke also refunds his fee when his patients die. The implication is that they are both doctors, but that their approaches differ.  In some way, this seems a subtle acknowledgment of the East/West divide in terms of how to approach healing. 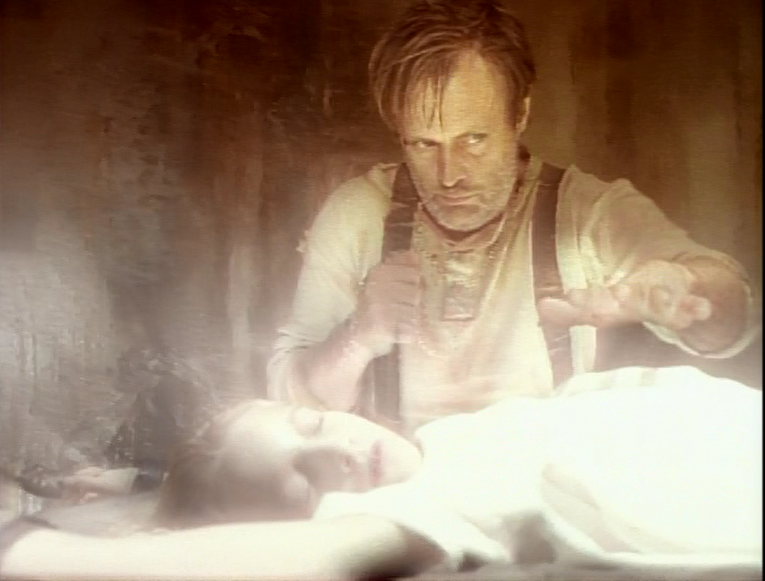 Of course, in real life there are charlatans and fakers the world around, but “The Feverman” suggests that in this case, Boyle is the real deal. The episode reaches its apex when Burke comes to understand that fact, and is faced with a very grotesque and memorable monster, the first in the series’ stable.
In this case, the Mason girl’s fever is depicted as a giant, fleshy obese thing, one that is “big and strong” in Boyle’s words, and which knows how to “attack, but not defend.”  The key to destroying it is to attack it full-on, and that’s, finally, exactly what Boyle does. He literally wrestles the hulking, tumor-covered infection to the ground, and then snaps its neck. 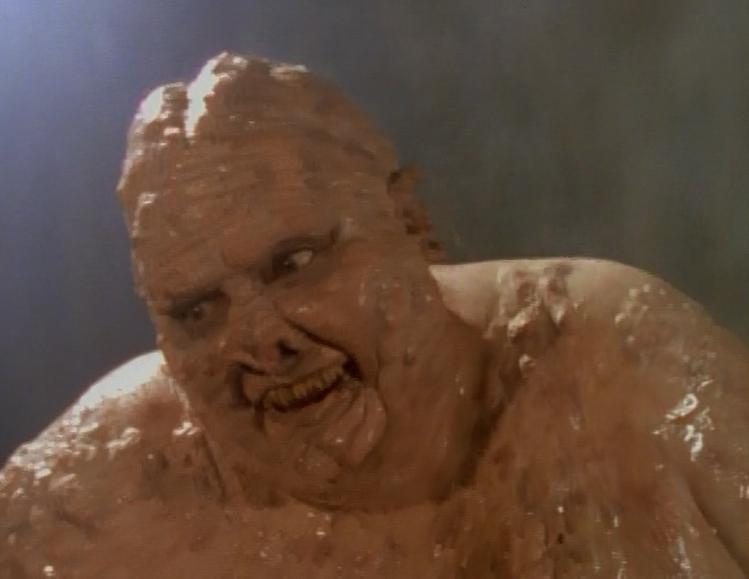 In a very real sense, doctors do battle with the diseases of their patients every day, but it is fun how this Monsters episode visualizes that conflict as a real-life, physical wrestling match, one where the doctor has as much skin in the game as does his patient.
Indeed, from a certain perspective, “The Feverman” is really all about Burke, and how he travels from being set in his ways, attached to convention and protocol, but finally breaks out of that thinking to save a life. 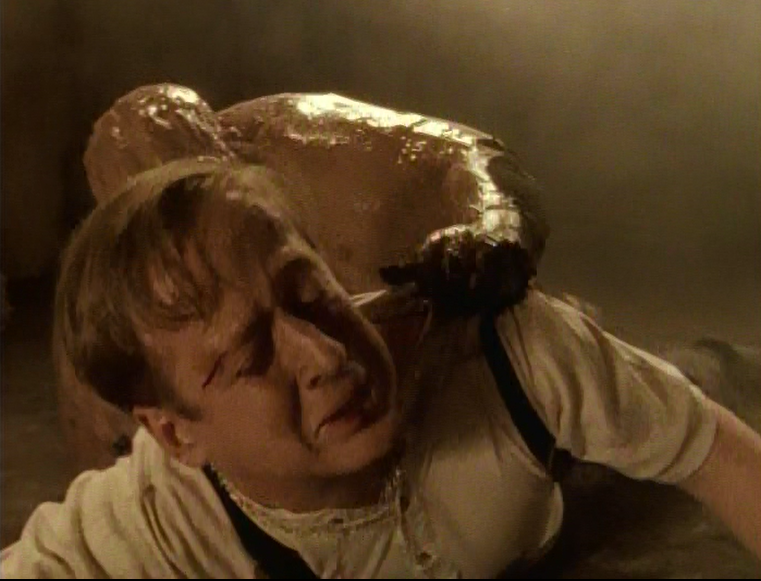 It’s probably a romantic notion, but I like to believe that good doctors sometimes operate in this fashion, trying everything they *know* to do first, and then, failing the conventional, launch into the unconventional or untried methods.  In the final analysis, “The Feverman” is about a set-in-his-ways physician opening his mind to new possibilities, new avenues of healing, and a new way of viewing the world.
at October 06, 2020