Captain Torque, notorious and tyrannical space pirate wants to recruit the two stupidest volunteers in the galaxy to serve on his crew, and settles on the space nuts: Barney (Chuck McCann), Junior (Bob Denver) and Honk (Patty Maloney).

Once on the pirate’s spaceship crew, the space nuts must “walk the space beam” (a plank made of light) and endure other indignities, until contacted by space authorities for a secret mission.

Now they must double cross the captain, and procure an important treasure protected by “zapatron” rays, so it doesn’t fall into Torque’s hands. 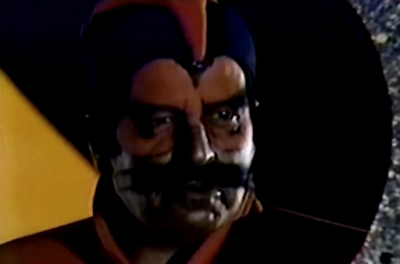 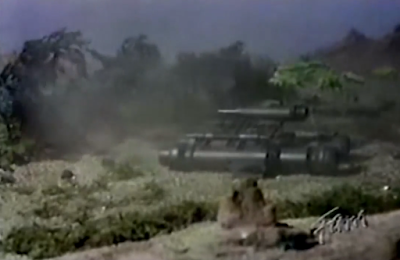 The set-up for this week’s episode of Far Out Space Nuts (1975) is familiar indeed: a villain seeks nincompoops for henchmen and settles on the series protagonists.

The problem, which villains rarely see, is that not only are the starring characters stupid, but they are cowards as well. 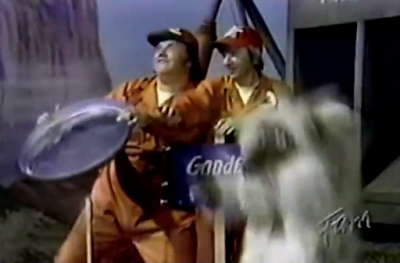 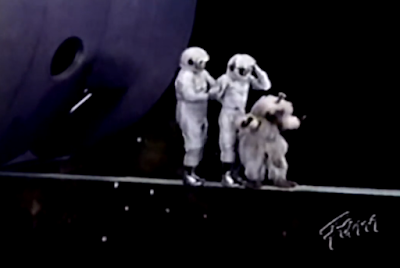 Here, the old cult-TV “space pirate” trope gets trotted out for a heist episode in which a “cosmic treasure” aboard an intergalactic museum ship is the quarry.  That treasure, the “Quasar” is captured by our heroes, but they almost contend with another sci-fi trope: space foam!

Here, a device called “the vaculator” can douse people in slimy, sticky foam. Such foam has appeared as a menace to space adventurers on Doctor Who (“Seeds of Death”), Space: 1999 (“Space Brain”), and Blake’s 7 (“Space Fall”) to name just a few classic series, but it isn’t much of a menace here. It looks like shaving cream is sprayed in characters’ faces, straight from the (off-camera) can.