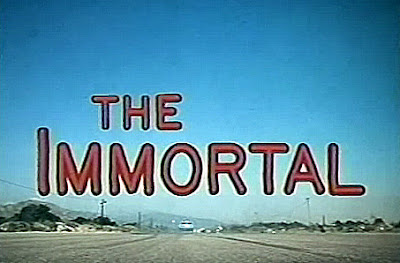 In “White Elephants Don’t Grow on Trees,” the third episode of the short-lived series The Immortal (1970-1971), Ben Richards (Christopher George) is on the run.

During his travels, Ben encounters a man named Eddie (Ross Martin), who is struggling to keep custody of his son, Judd (Mitch Vogel), in part because he doesn’t hold down a stable job.

Instead, Eddie travels the southwest and participates in blind auctions, hoping for a “white elephant,” a windfall that will set him up for life.

As Ben first meets Eddie, the fly-by-night gent is transporting in his rickety truck a shipment of leaky World War I explosives. Ben helps save Eddie and Judd’s lives with his driving skills on the mountain roads, thereby preventing the unstable canisters from igniting. A few canisters are ditched off a mountain ledge, just before they explode.

A nearby plant -- owned by Maitland, and visited by Fletcher (Don Knight) -- offers Eddie nearly six thousand dollars if he gives up Richards, plus another four thousand for the remaining canisters. 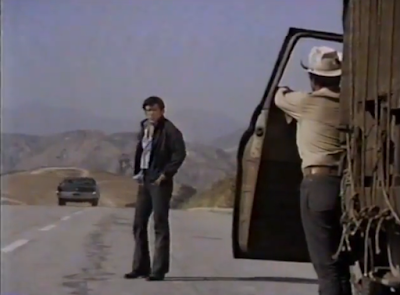 “White Elephants Don’t Grow on Trees” takes The Immortal into full-on The Fugitive (1963-1967) territory, with the (alpha) man-on-the-run protagonist, in this case Richards, helping out strangers in need; strangers with no connection to his particular plight or overall narrative.

The hapless pursuer -- Fletcher -- is nearby, of course, and the story is a standalone, meaning that it ends with Richards bound for his next (unrelated) destination. In other words, this story doesn't really contribute anything in terms of a story arc.

Because there is no story arc.

Although the man-on-the-run formula is strongly intact, and familiar, I should be clear: this is nonetheless an extremely entertaining episode of the series, and one brought to life by a great, heartfelt performance from Ross Martin. 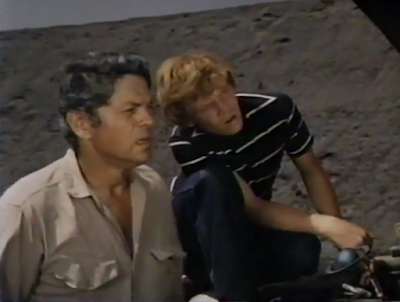 His Eddie is a dreamer with a choice to make. Should he go on dreaming, or take a real job and thus be able to support Judd?

Which is more important to him, pursuing those white elephants, or providing stability for his son?

Even today, this subplot carries an emotional resonance. The story, although obviously a one-off (and a formulaic one) is involving, and not irrelevant. Many men and women who become parents have to ask themselves a similar question at some juncture. When do they stop pursuing their own dreams and begin laying down the groundwork for their children’s dreams, instead? As a writer, I am not at all immune to this conflict.

What makes Eddie's situation worse is that there is a "responsible" adult (the boy's aunt) nearby, looking at him and his career choices with constant disapproval. She thinks she would do a better job raising Judd than Eddie can do. At one point, Eddie decides she's right, and gives up custody of Judd. Ben sees the whole pitiful hand-over, and finds it as troubling as we -- the viewers -- do. Ben's compassion for the situation makes him seem a more likable lead. We can see that he cares about Eddie and Judd.

The story, of a truck transporting explosives over dangerous terrain, is a well-tread movie and TV trope. Film fans will recognize it from The Wages of Fear (1953,  and its William Friedkin remake, Sorcerer (1977).  Long-time TV fans will recognize “White Elephants Don’t Grow on Trees” as forecasting a similar story on Gemini Man (1976); one that finds hero Ben Casey transporting the volatile substance “tripolodine” over difficult roads, all while under pursuit by bad guys. 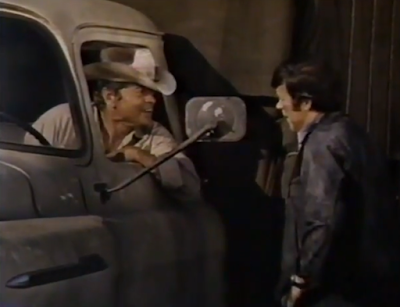 What may be most fascinating about “White Elephants Don’t Grow on Trees” is the opening act. After a brief burst of dialogue, the episode goes nearly seven minutes without any speaking at all. Instead, it features an incredible, knock-down, drag-out chase between Ben Richards and pursuing cars.

He’s on foot, attempting to evade his pursuers, and the cars are on Ben's heels the whole time. The action is sustained, and incredibly impressive.

If one looks at The Immortal as an action series, it doesn’t disappoint at all. Indeed,  the program often features great stunt work and strong fight choreography.

From a science fiction standpoint, however, the series largely disappoints. The concepts underlying Richards’ condition are rarely explored in anything approaching an intriguing fashion.  The series is so well-made, from performances to musical score, but The Immortal can't marshal all its elements to jump over the restrictions of its rigid, old-fashioned format.