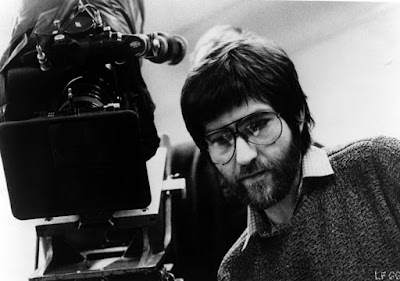 I am deeply saddened this morning to report the death of horror film director, and icon, Tobe Hooper (1943 - 2017).

For me, Hooper is indisputably one of the five most significant auteurs of modern horror cinema (1970's to present)  alongside the likes of Wes Craven, John Carpenter, George Romero, and David Cronenberg.

Now, Craven, Romero, and Hooper have all left this mortal coil.

But Tobe Hooper, in particular, has always broken my heart, because -- even up until weeks before his death -- the director was never given the credit he deserved by either the industry or some film writers, and fans.

Some of the evidence to support the assertion that Hooper didn't direct Poltergeist are the result of misinterpretation of photos, or the mistaken belief that Hooper never directed a movie as strong as the 1982 horror film, so he couldn't have been responsible for it. 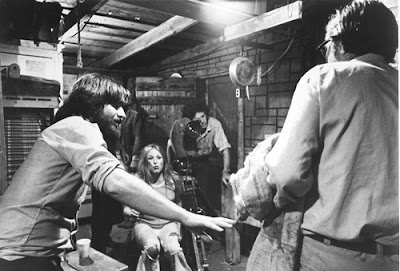 A tribute to a deceased artist is likely not the best or most appropriate place to re-litigate an old, ugly matter, however.

Rather, it is a place to appreciate the artistry of a maestro. And that is exactly what I feel Hooper was: a master.

His horror films always felt dangerous; always felt edgy, and Hooper's understanding of film grammar was second to none. Unappreciated by the industry, and by film writers in his life, I hope these people will seriously, upon his passing, make an effort to re-evaluate his work, and consider Hooper's place in film and horror history.

I will end this tribute with a few short words that capture perfectly the nature of Hooper's underappreciated cinematic genius.

"Hooper was a new deal - simply this; no deal. Hooper was a scare-director who was methodically unsafe, who the audience (You) finally just couldn't trust...He'd go too far, then go farther...and go farther again, and kick it again...then get in an extra kick, then it's over...then one more kick...No deal, friend."

Or as I like to say, just watch the final act of Poltergeist. No deal, friend.

So here's to the great Tobe Hooper, the "no deal" horror director whose films terrified and inspired a generation of movie-goers.
at August 27, 2017