“Carousel” is another better-than-average episode of Logan’s Run (1977). I suspect this is so because the writers/producers must have realized that viewers who like the 1976 film are especially intrigued by the City of Domes, and its hedonistic lifestyle. The world of the Sandmen, Runners, and Carousel itself is re-visited here, taking audiences in effect, right back to the beginning of the whole franchise.

Certainly, I speak for myself in this regard. The most intriguing aspect, of Logan’s Run, I find, is city life of the 23rd century. It is decadent, strictly policed, highly-sexualized, “futuristic,” and nicely dystopian.  People live in bliss, but it is an unknowing bliss. They are lambs led to the slaughter.  But before the slaughter, they live out their dreams.

So it is a relief to see an episode that takes Logan (Gregory Harrison) and Jessica (Heather Menzies) back to the place that they ran away from in the first place.  The use of another mall location is actually quite smart, and it blends in seamlessly with the oft-seen stock footage from the movie.

The set-up for the episode is a bit weird, to be certain, but it is just the trick to get our characters back to the domain of Francis, Carousel, and the Council of Elders. 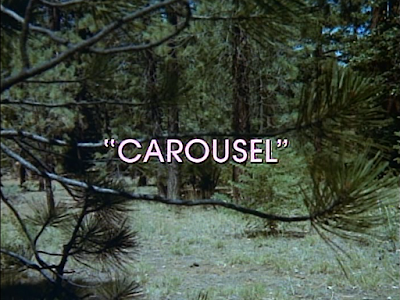 In a freak mishap, Logan gets shot with "memory warp" dart and forgets the entire last year of his life.  This is a weapon used by an advanced race of human beings, who seek to prevent contact with outsiders. Victims forget they ever encountered this civilization, or individuals from it.

Realizing that his old buddy is now an amnesiac and doesn't recall his act of treason back at the Domed City, Sandman Francis (Randy Powell) brings Logan back to the City to renounce runners and Sanctuary. Meanwhile, Jessica and REM (Donald Moffat) must negotiate their freedom from the weird locals who shot Logan with the memory warp dart in the first place, return to the City of Domes, and rescue their confused ally before he dies in an attempt to “renew.”

In the City of Domes, our amnesiac Logan undergoes a "truth" scan and immediately picks up his old life as a swinging single. In particular, there's a young denizen named "Sheila" (played by Melody Anderson, Flash Gordon's Dale Arden) who would like to pick up precisely where they left off a year ago.

Realizing (with REM's help) that the way to get to Logan -- and spur his memory -- is to seduce him, Jessica slicks back her hair, dresses up as a temptress, "Jerri 4" and pays a slinky visit to Logan's bachelor pad. But before anything too much fun can happen, Jessica wimps out and reveals to Logan who she really is.

Logan, who was already figuring out, has his memory restored. He and his friends escape the city, and continue their search for Sanctuary… 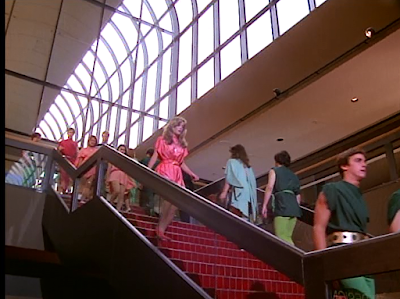 The mechanism by which Logan loses his memory in “Carousel,” is really awkward.  We are asked to believe that survivors of the holocaust have mastered the equivalent of matter transporters, able to move people back and forth through different dimensions, apparently. Again, this idea fits in a Trek-like universe, where the technology is widespread (think: The Alpha Quadrant).

But matter/energy conversion/transportation does not seem at all like a logical or realistic development in a world recovering from a nuclear holocaust.  Once more, the careful viewer must wonder how and where the technology for this -- or memory warp darts, for that matter -- came about. What powers the transporters? 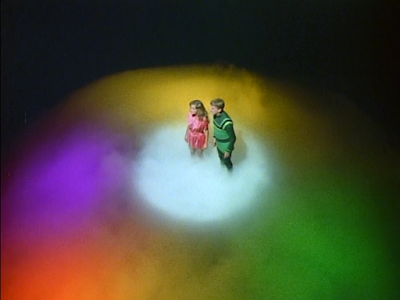 And, examining the memory warp darts even more closely, wouldn't affected enemies find it strange when they can’t remember the last year of their lives, especially since the effect is temporary (as we see with Logan)? Eventually, he recalls everything of his previous year’s adventures with Jessica and REM.

So wouldn’t an enemy get over the effect of the drug (even after a year), and get angry…seeking out those who robbed him or her of his memory? 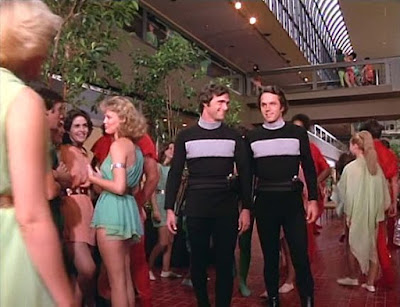 Watching this episode, I also felt sorry once more for Francis (actor Randy Powell), our hapless pursuer. He could have killed Logan in this episode and been done with the whole mission, but he doesn't do that. You get the sense that he just wants Logan to come back to the City and be his best friend again. And that's really sort of sad/pathetic.  Francis can't seem to get over the past, and joining up with Logan isn't, apparently, an option he considers.  Still, Francis's "humanity" if you can call that, makes him an interesting character, if not a strong villain.

I remember I interviewed Dorothy Fontana once, and she said that had Logan Run continued as a TV series, Logan and Jessica would have converted Francis to their side, and all three of them would have returned to the City of Domes to wage a war of insurrection against the Council of Elders.

Too bad that never happened.

A plot like that would have better served Francis, a character who is constantly made to look either foolish or just plain incompetent. It also sounds like a cool way to continue the show, especially since the "civilization of the week" thing wasn't exactly going so well.

Going back to my original thesis in this review, I believe Logan’s Run was popular initially, in particular, because of the City of Domes, and the exploration of life there.  I don’t believe that a quest to find “Sanctuary” was ever quite as compelling as City of Domes technology (like the flame guns), rituals (such as Carousel) or social developments (constant casual sex as a pastime.)

Speaking of casual sex, it's a shame that this episode doesn't really allow Logan or Jessica to express their sexual sides. Jessica is just tricking Logan, all along. And Logan doesn't seem terribly interested.  There should be some sparks flying here, in "Carousel," but there aren't. 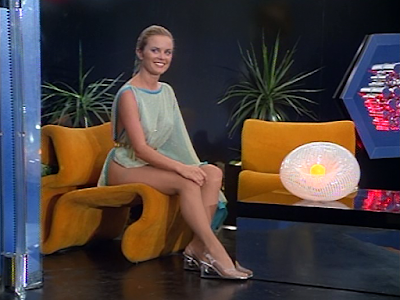 Interestingly, at one point during "Carousel" Logan declares that Sanctuary (his longtime goal...) is just a place "invented by runners to encourage other runners."

After seeing this many episodes of Logan's Run and watching the characters visit dream clinics ("Futurepast"), psych wards ("Fear Factor"), alien spaceships ("The Collectors") and the private estate of a hunter ("The Capture"), you know, I think he's actually telling the truth. Sanctuary isn’t a place, it’s an idea. 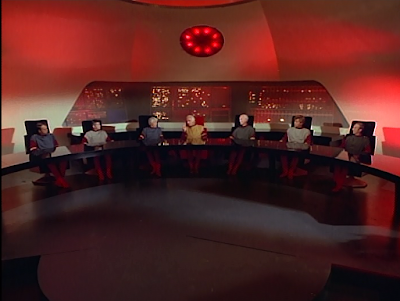 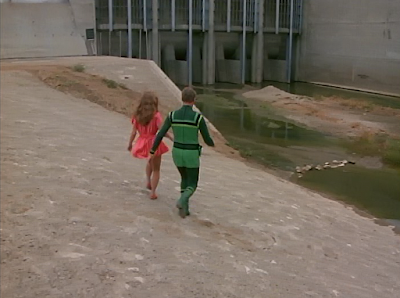 Does Logan know or realize that he's telling the truth in this moment? Is Logan aware he's on a wild goose chase?

That's one of those questions that never gets answered on this series.  I would love it, at some point, if Logan and Jessica could stop running, and realize, the City of Domes could be sanctuary, if only they make the change they wish to see there.

Next week, we’re into the series' final slide into incredibly weak episodes, beginning with (the dreadful) “Night Visitors.”
at March 23, 2017