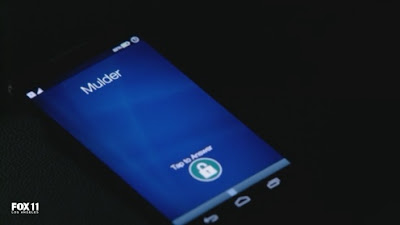 Circa 2017, Americans can’t live without their smart phones.

Or, at the very least, they don’t want to do so.

Smart phones of the 21st century typically possess computing abilities and storage that exceeds the technology of NASA’s space shuttle.

Smart phones are cellular phones that perform many of the functions of a computer, a camera, and a telephone.

They are closer, actually, in function to Star Trek’s (1966 – 1969) tricorders than they are the cell-phone like communicators of the original series.

Given the versatility and mobility of these light-weight devices, it is no surprise that modern cult-TV series have integrated the smart phone and its capabilities into their narratives. 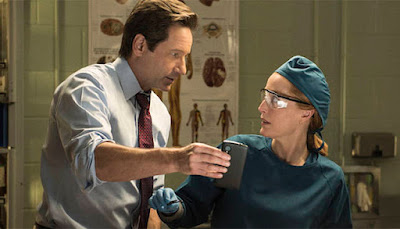 On the re-boot of The X-Files (2016) for example, Dana Scully (Gillian Anderson) uses Mulder’s (David Duchovny) cell-phone to track his position in the limited-event series finale, “My Struggle 2.”

Similarly, we see Dana receive a call on her smart phone from William in “Home Again,” but it is not her son; rather her brother who is calling.  The smart phone screen is seen clearly, and the appearance of the name “William” both raises hopes and perpetuates the mystery of William’s fate. 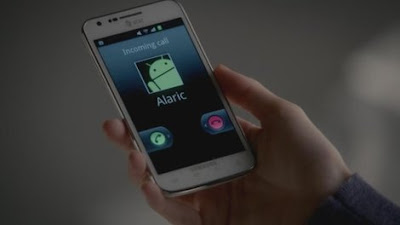 Other modern series use the smart phone, simply, as a method of communication, or as an example that communication is not occurring.  When characters leave messages for one another on The Vampire Diaries (2009 – 2017), for example, we see the phone light up, and the notation of a missed call.

Sometimes, this is a major plot point. 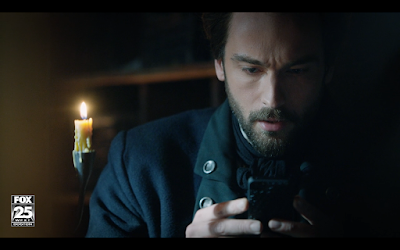 It will be fascinating to look back at this era of video programming after the smart phone has gone out of vogue, and we have the next technological advance at our fingertips, perhaps a smart implant, or smart eyelids.

Then, when we watch these old shows, it will be like watching Star Trek or Space: 1999 with the recognition that they didn’t anticipate the advent of the Internet.
at January 02, 2017