Beach Week/At Flashbak: Just When You Thought it was Safe (The 5 Best Jaws Knock-offs)

My latest article at Flashbak ties in with the Beach Week theme on the blog this week..  In particular, I look at the five best knock-offs of Spielberg's Jaws. 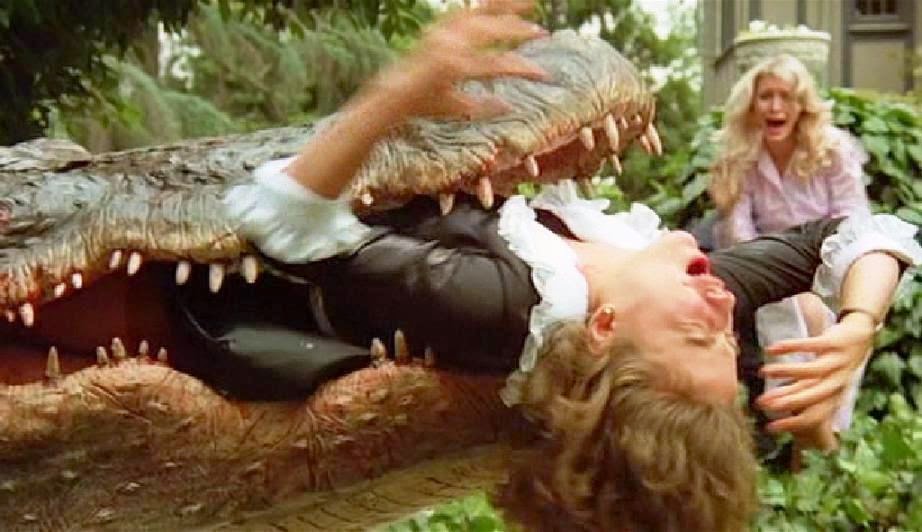 "In other posts here, I’ve recall the five best knock-offs of The Exorcist (1973), Star Wars (1977), and Alien (1979), but another key genre blockbuster from the 1970s also inspired a rash of imitators: Steven Spielberg’s Jaws, based on the best-selling novel by Peter Benchley.

From 1975 to 1979, basically, it “wasn’t safe to go back” to the theater, because every low-budget filmmaker with any degree of ambition was recreating the watery attacks of Jaws, only with different aquatic animals, from killer whales to piranha, substituting for the great white shark.

Sometimes, really inventive Jaws knock-offs repeated the precise plot-line of the Spielberg film, but changed settings too. William Girdler’s Grizzly (1976), for instance, was set at a state park, not at the beach, and deployed a giant grizzly bear rather than a great white shark as the film’s menace.