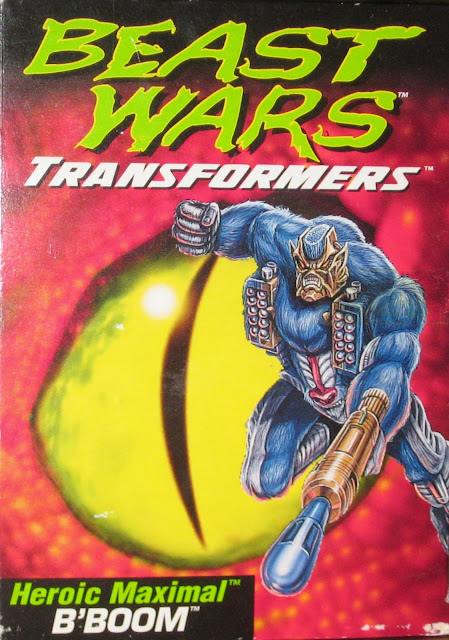 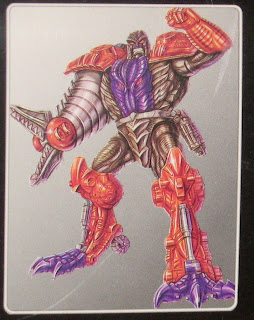 If you're the parent of a young child in 2011, an absolute constant in your life is likely the Transformers, those famous "robots in disguise" who have remained ensconced in the pop-culture firmament since the mid-1980s.

Not unexpectedly, my five year-old son, Joel, is a Transformers fanatic, but he has developed a special affinity for one particular branch of the Transformers universe: Beast Wars.
Joel's obsession began when we innocently picked up Season One of the animated Beast Wars TV series (1996 - 1999) at Target about two months ago and got hooked.

We've watched the other, more-widely seen Transformers cartoon series together, but -- at the risk of offending the purists -- the original show often bores me to tears.  There are so damned many Autobots and Decepticons to keep track of, and, well, I just can't seem to do it.  There seem to be hundreds of them, and their personalities (save for a few, like Starscream) seem kind of interchangeable to someone who is watching with one eye while fixing his son breakfast or lunch, or getting things together on a school morning.
But Beast Wars is a different animal, if you'll pardon the pun. 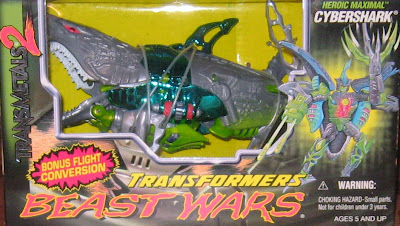 The series is set in the future of the Transformers universe, and involves only a handful of characters (at first), all stranded on a "mysterious" planet.

On one side of the battle is the crew of the Axalon, the "Maximals:" Optimus Primal, Rhinox, Rattrap and Cheetor.

On the other side are the Predacons: Megatron, Waspinator, Terrasaur, Tarantulis, Inferno and a few others.
And bridging the gap between "good" and "evil" are great characters such as Black Arachnia and my favorite of all the Transformers (in any incarnation of the franchise): Dinobot.  I can't say enough good things about the writing and development of the Dinobot character, or the use to which the writers ultimately put him.  The episode in which Dinobot "dies" saving the human race is absolutely stunning...and deeply affecting.  It traumatized both me and Joel, but boy was it well-done.  I plan to do a full-fledged "cult tv flashback" on Beast Wars at some point (as soon as Joel and I digest it all). 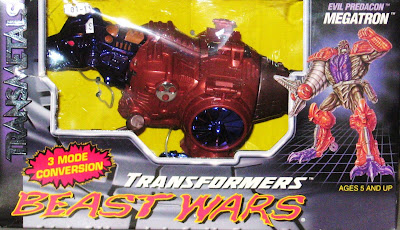 Anyway, over the course of the three seasons, the Maximals and Predacons battle each other, and vie to control "protoforms," new would-be troops who land on the energon-laden planet in stasis pods.
In the second year, some of the series characters get an upgrade to "transmetal" category thanks to a "quantum surge," and the same event also precipitates the arrival of protoforms called "Fuzors," which are hybrids of two distinct life-forms, and which do not, apparently, contain "sparks" like the Maximals and Predacons. 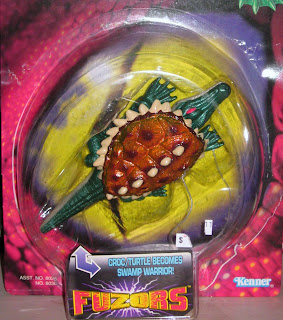 More characters are added to the series over the years (including the noble Silverbolt, Tigatron, Air Razor, Quick Strike and Depth Charge)....and as you might guess, ALL the characters have corresponding toys.  In fact, some characters have multiple toys once you factor in the Transmetal upgrade.  For instance, there's Optimus Primal, Transmetal Optimus and then, finally Optimal Optimus.  Whew.
So it has become my son's obsessive mission in life to collect Beast Wars transformers, all of whom feature a "beast" mode and a robot mode.  When the Predacons go to robot mode they say "terrorize," (as opposed to say, "convert," in the Gobot lingo...) and when the Maximals transform into robots, they declare "Maximize."
Joel is currently maximizing his Beast Wars collection, acquiring Fuzors, Transmetals and others by the boatload.   There are some wacky ones too, like a Flying Squirrel ("Nightglide") and even a Skunk (called "Stinkbomb.")
Like the Transformers, these Beast War toys are usually of pretty high quality, and come with assortments of accouterments, including missile launchers and whirring saw blades.   Some of the toys are more show accurate than others, but all of them function as creative puzzles for Joel as he assiduously shifts them from form to form.

My feeling about Beast Wars: The toys are great, but -- incredibly -- the TV series is even better. 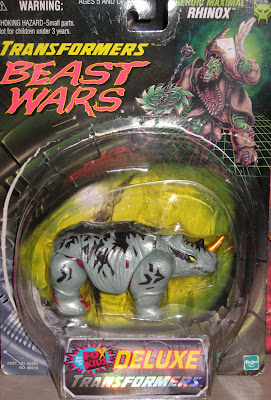 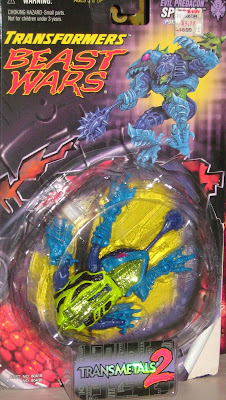 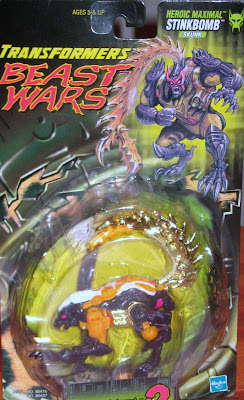 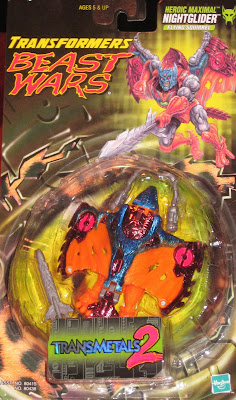