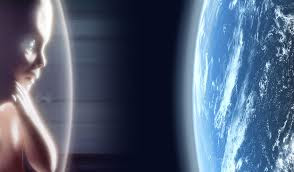 Regular reader Ampersand contributes the following list for this round of the Reader Top Ten.

"What a great challenge, John! On first glance I was a little disappointed -- how could a list of "greatest endings" differ significantly from a list of "greatest films"? But the more I thought about it (and read the other submissions) the more I came to realize that there is a distinction. Some merely "good" films have great endings, and some great films don't necessarily have the most awesome endings. Besides, this way I get to name-check a few more of my favourite films that I couldn't shoehorn into the last two lists!

Like with my list of great sci-fi characters, I've tried to put the emphasis on movies with great science fiction endings. After all, King Kong has a powerful finale, but with a little adjustment (sub in outlaw or gangster for big ape) and the basic outline would work just as well in western or noir.

1. 2001 (1968) What can I say? Beautiful, awe-inspiring, and still capable of provoking arguments. Also, Exhibit A in my rants about why the movie was better than the novel and why the dreadful sequel was unnecessary.

2. Planet of the Apes (also 1968. Hmmm ....) Full disclosure: I'm not really a big fan of the Apes movies. I don't hate them, but I also don't have much interest in re-visting them. That said, well, the Statue of Liberty gag ... great twist ending, or The Greatest Twist Ending? Both unexpected and perfectly logical, it resolves much of the seeming nonsense in the film before it and ties in thematically with Taylor's character. M. Night Shyamalan, take notes.

The remaining 8 are presented in chronological order:

- The Fly (1958) Yes, Cronenberg's remake was a better movie all around (and had a damn fine ending, too), but who can forget "Help me! Help meeeeeeee!"

- Star Trek II: The Wrath of Khan (1982) Spock's heroic sacrifice. Kirk facing the fact that you can't always "re-program the simulation". Hope in the face of death. In an era where series finales weren't fashionable, this was the series finale TOS deserved. (Not that I really minded the subsequent movies, but part of me would have been quite happy if the adventures of Kirk and crew had ended here.)

- Videodrome  (1983) I've seen this movie maybe half a dozen times over the last 30 years, and each time I've interpreted the final scenes differently. And each time I've been blown away ...

- Dark City (1998) The movie that out-Matrixes The Matrix. (And I kinda liked The Matrix.)

- Vanilla Sky (2001) Overall, I preferred the original Abre los ojos, but Cameron Crowe gets points for the sheer audacity of the Aames-jumps-off-the-skyscraper montage.

- District 9 (2009) Considering how oblivious (at best) and dickish (at worst) Wikus is through the first part of the movie, I was amazed at how much we come to sympathize with him. And the final shot of him making the metal flower ... heartbreaking.

- Source Code (2011) Yeah, don't think about it too hard, that way lies madness. But when you're in the moment, everything just slots into place beautifully: the reveal of Stevens' actual condition, Goodwin's heroic act of rebellion, even the pizza box on Rutledge's desk. And as a bonus, an appearance by one of my favourite ever works of public art, the "Bean"!"

Ampersand, I love your list.  2001: A Space Odyssey was high on my list too.  It's an ending that suggests enormous hope for the human race, and is legitimately "transcendent."
But beyond that -- wow! -- I can't believe I didn't think to include the ending of the original The Fly (1958). Those final images are nightmare-inducing, and absolutely brilliant, especially when coupled with the adenoidal voice of the fly crying for help, as you perfectly describe it.  It's funny how reading all these lists calls to mind great endings I otherwise forgot to include.  I really wish I had included The Fly (1958) and Invasion of the Body Snatchers (1978)!
at July 19, 2013