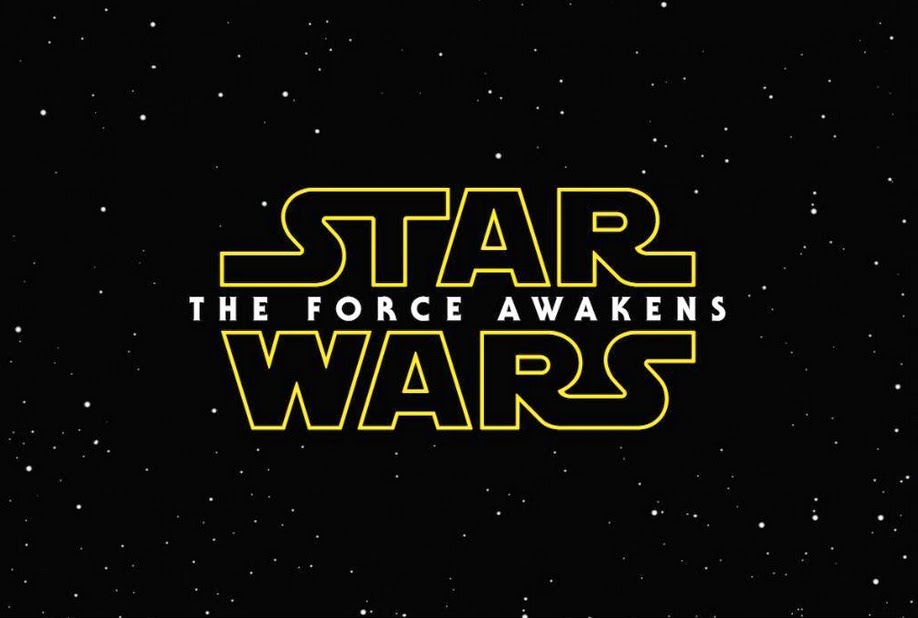 Everyone on the Internet has their own opinion, of course (and is writing about that opinion, to boot...), but the title for the next Star Wars installment has officially been announced: The Force Awakens (2015).

Here's my two-cents (*approximate value*): the title feels a little...soft.

There is no "revenge," no "attack" and no "striking back" going on here.

A key aspect of the Star Wars saga has always been the steadfast focus on intense, dynaic action (think the speeder chase in ROTJ or the AT-AT strike on Hoth in The Empire Strikes Back).

There's also no indication of the franchise's pulp inspiration here. A lot of folks didn't like the title The Phantom Menace, but love it or hate it, that title sounded legitimately like a 1930s chapter-play, and just the kind of production George Lucas based Star Wars on to create his pastiche in the first place. It felt right, especially given the 1930s, Art Deco appearance of Coruscant and the Old Republic.

And as of yet, there's also no real artistic symmetry with The Force Awakens, either. By that I mean that the first trilogy ended in Return of the Jedi, and the prequel trilogy ended with Revenge of the Sith.

There's a reflection, or balance there, for certain.  One side, light or dark, is making a triumphant move (either vengeance or restoration) in each final chapter.

There is no symmetry here with The Phantom Menace, either.

A caveat: There *may* be some sense of symmetry with the title A New Hope, which could translate, I suppose, to Hope Awakens. But you have to really intellectualize The Force Awakens to come up with that connection.

And besides, A New Hope was added as a sub-title well after a hard-action-sounding movie called Star Wars was a blockbuster success. It's a good thing too, because "A New Hope" isn't particularly exciting as a chapter header.

What does The Force Awakens state as a title?
Alas, I suspect it is a coded message to old-school fans that the movie is pretty much going to be a rehash of the OT, based on J.J. Abrams' feelings of nostalgia and sentimentality for it. It's also a not exactly subtle swipe at the prequel trilogy. That feels a little craven, a little commercial, a little desperate to me.  Like those films or not, the prequels are part of the Star Wars experience at this point.

The new title sort of says, "The Force was sleeping but now...

Lastly, on a nuts-and-bolts level, The Force Awakens doesn't make a tremendous amount of sense. Is The Force a sentient thing that slumbers?

If the title were The Dark Side Awakes, that might be different, and somewhat more specific. The Force Awakens is so generic (and again, soft...) as to mean nothing.

But at this point, I feel the title of Episode VII is a bit vanilla.

As always, I'm open to contrary arguments and opinions.
at November 06, 2014