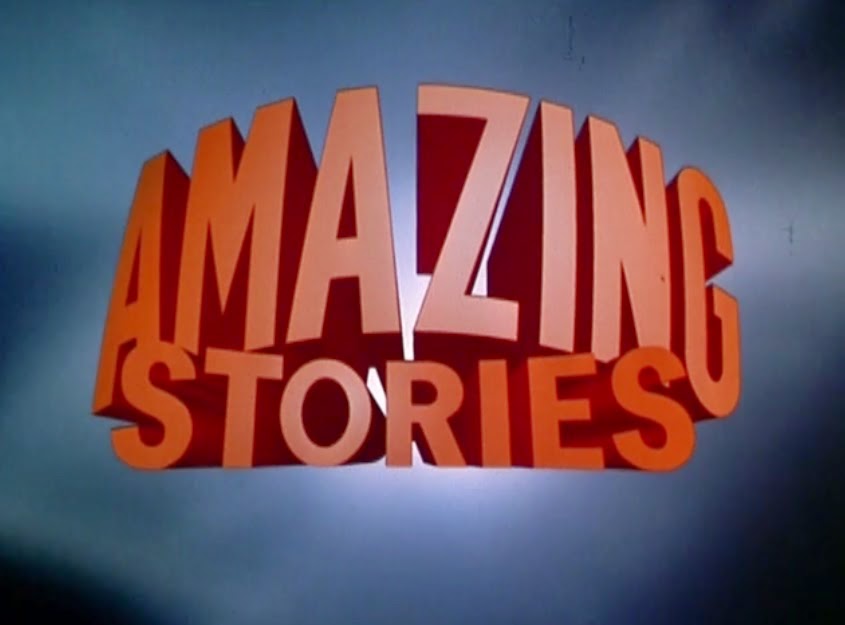 In the second season Amazing Stories (1985 – 1987) episode “Lane Change” by Ali Marie Matheson, a business-woman, Charlene (Kathy Baker) is driving on a rain-swept highway alone at night. She picks up an older stranger (Priscilla Pointer), who needs a lift to the next gas station.

On the road together, Charlene and the older woman strike up a conversation, and talk about the fact that Charlene is leaving her husband George because he didn’t fight for her when she announced she wanted to leave him.

As they drive and talk, Charlene sees several strange sights on the road, including her father’s Studebaker, and the car she and George shared on their honeymoon… 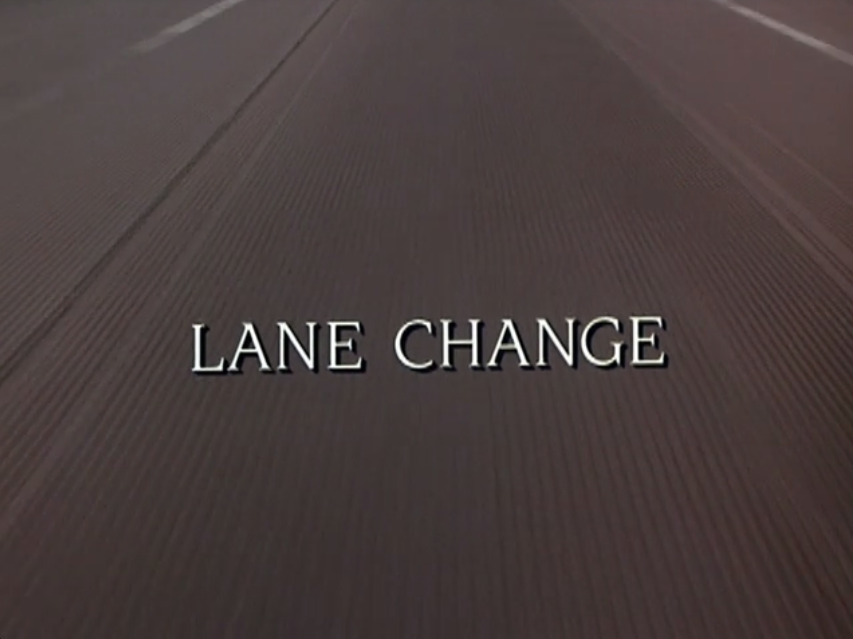 I won't pull my punches: Amazing Stories is one of the most crushingly disappointing TV series in history.

Perhaps expectations were too high, given Spielberg’s film pedigree and blockbuster track-record.

Or perhaps the series simply lacked a cohesive hook, an umbrella of unity like “the Twilight Zone” or “the Darkside,” which was immediately accessible and understandable to audiences.

For whatever reason, some Amazing Stories episodes are just the pits. “Fine Tuning,” “Hell Toupee,” “Miscalculation,” and “Secret Cinema” are absolutely groan-worthy entries.

Other tales feature a brilliant build-up, like “The Mission,” but end in ignominy with magical happenings and sharp left turns into fantasy that negate the sense of reality so arduously-created previously.

Many of the stories seem designed simply to show off a large budget, but have nothing to say about human nature.  The stories aren't amazing so much as thin and two-dimensional.

As a kid in the eighties I watched every episode, at least in the first season, because I kept hoping the series would get something right.

It did, occasionally, like "The Amazing Farnsworth," for certain.  But on a weekly basis, Amazing Stories got its clock cleaned by the new Twilight Zone, Tales from the Darkside or even The Hitchhiker.

One episode that bucks this trend is “Lane Change,” which originally aired on January 12, 1987. The entire episode takes place in a car, as two women talk to one another, and discuss life, relationships, missed opportunities, and the future.

The episode has no special effects to speak of, no tone-shattering lunges towards dumb comedy, and no schmaltzy reaches for unearned sentimentality.

Instead, "Lane Change" is an economical story about the way that we sometimes let ourselves become passengers in our own lives, and let someone else do the driving. 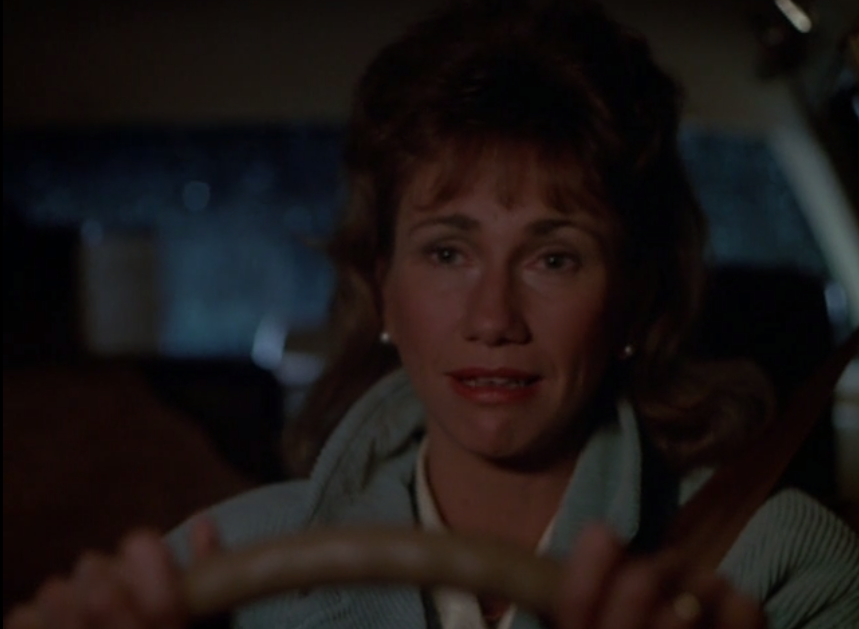 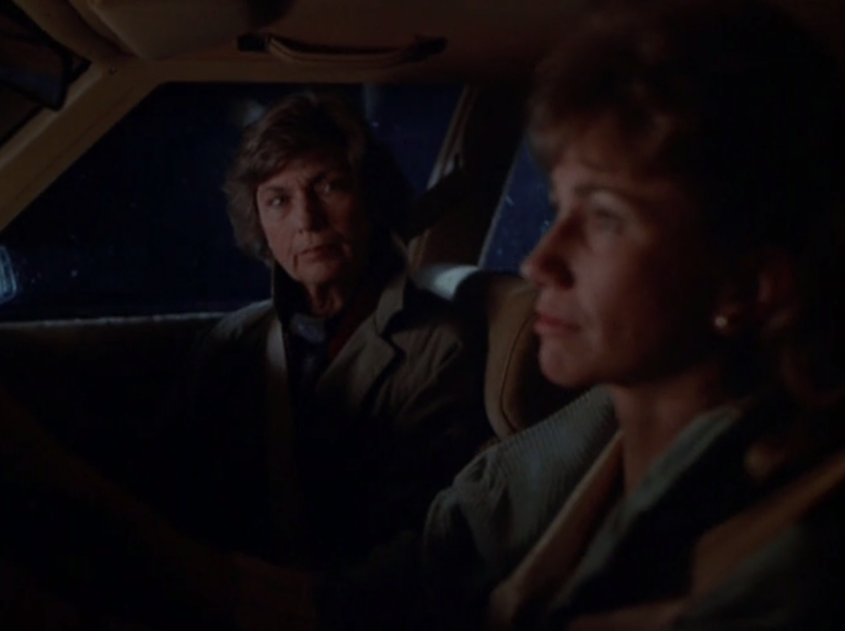 Specifically, Charlene remembers the behavior of her father.

When her mother died when Charlie was young, the little girl cried on the way home from the funeral. Her father punished her for showing such weakness, and made her sit in the back of the aforementioned Studebaker because “babies” sit in the back.

Unwittingly, and perhaps even sub-consciously, Charlene has grown-up to live her father’s life, Now she is sacrificing her marriage because she can’t respect a man like George...because he cries.

Subconsciously she has assumed her father's draconian, unemotional world view.

That’s just a piece of the episode’s puzzle. As the title indicates, it is possible, while driving, to change lanes, to pick a new direction.  We may end up at bad places sometimes, but we can always get back out on the highway, take another turn, and make a better choice.

“Lane Change,” at its most basic level concerns a woman who averts a bad decision. Charlene changes lanes and arrives at a better destination for herself; a destination promised by the presence of Priscilla Pointers’ character. 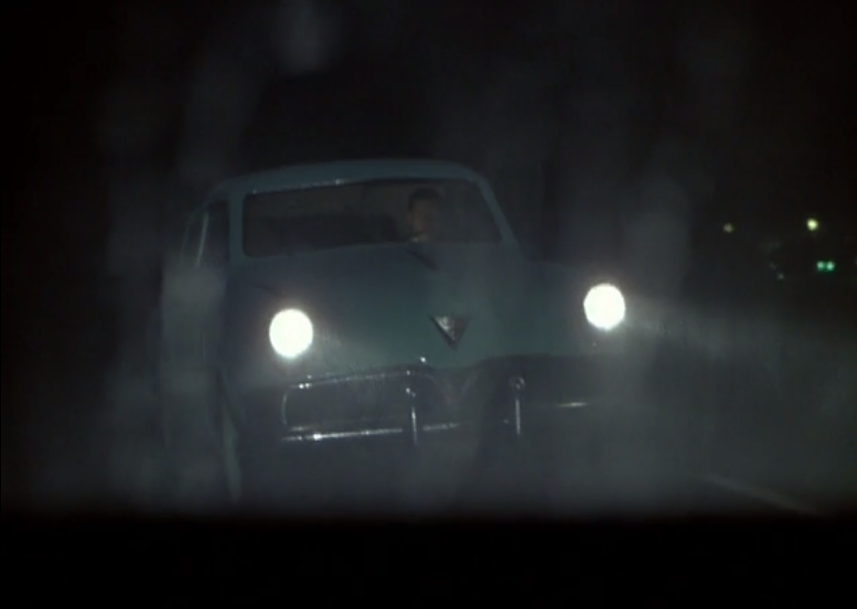 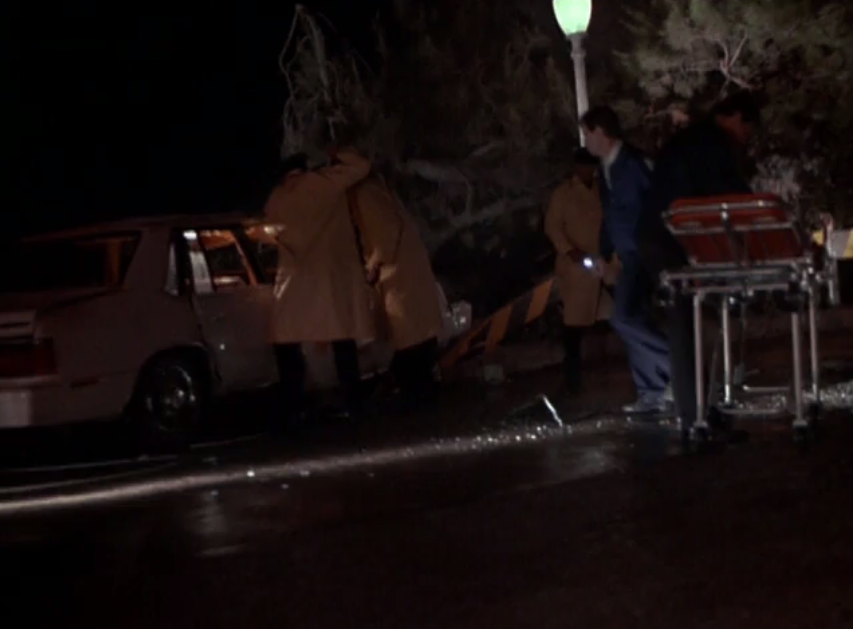 This episode of Amazing Stories feels a lot like an entry in Rod Serling’s Twilight Zone (1959 – 1964) and that’s because “Lane Change” remembers that human beings, not visual effects or gimmicks, make for the best storytelling.

“Lane Change” is uniformly well-acted, and rather emotional too. If you’ve ever let someone else “drive” your decisions -- even unconsciously -- you’ll understand where Charlene is coming from in this episode.  So many Amazing Stories episodes are stylish with no substance...shallow, facile tales that don't amaze in the slightest.

"Lane Change" is an intimate step in the right direction.
at November 30, 2014