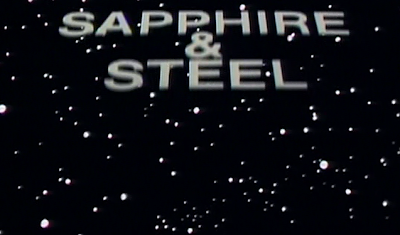 For my money, Sapphire and Steel (1979 - 1981) remains one of the greatest and most underrated cult-tv series in history.

The weird, enigmatic program involves two "elements -- Sapphire (Joanna Lumley) and Steel (David McCallum) -- contending with "irregularities" in space-time, and, through investigations of the problem, repairing them.

The main characters on Sapphire and Steel are non-human and highly enigmatic, the stories are ambiguous, and the meticulous, precise camera work -- in conjunction with the glacier-like pace -- forges an atmosphere of incredible mystery and terror.

Imagine Doctor Who without the colorful alien races, the human companions, and without the Time Lord having any particular affection or affinity for the human race.  Imagine, instead, that an outside force visits Earth occasionally, but only to (sometimes ruthlessly) maintain a sense of galactic order in a structural sense, making certain that the time continuum isn't corrupted, and that paradoxes are not allowed to take root and grow.

Low budget in nature, the series is a perfect example of an art work that does a lot with very little resources.  Many episodes have no visual effects at all, but nonetheless create an atmosphere of creeping, suffocating horror.

In keeping with the general aura of the entire program, the opening or introductory montage for Sapphire and Steel is one of the weirdest -- and non-human -- you could imagine.

The montage commences with a view of outer space -- the cosmos -- and on the soundtrack, we hear a kind of frenetic or urgent "twinkling," as if an alarm of some type has activated.

Then, we go "behind reality," as we know it, viewing the universe as a kind of space message or control panel.  We see a long road, perhaps the time continuum, stretching out before us (as it is monitored), and then we see the universe as a grid.

Net, we hear the official-sounding voice of some authoritarian figure -- God, perhaps -- explaining the concept of the series.

"All irregularities," this voice tells us, "will be handled by the forces controlling each dimension."

From this announcement, we understand that the universe, and reality itself, consists of multiple realms or alternate universes.

So, in a way, this 1970s series is discussing the multi-verse, and the "police force" that protects each universe, presumably from the aforementioned structural perspective. 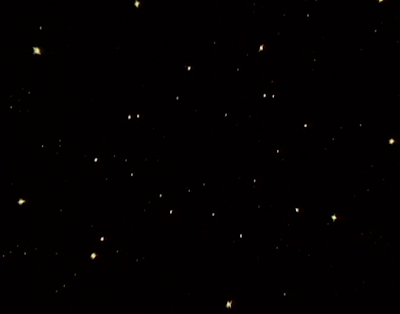 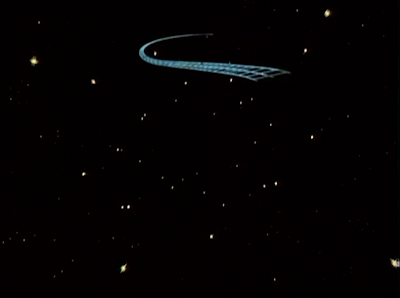 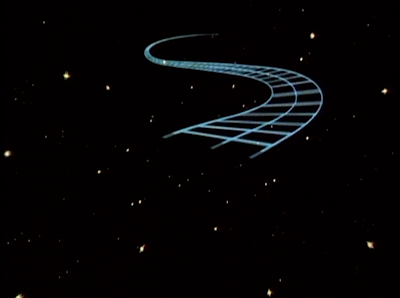 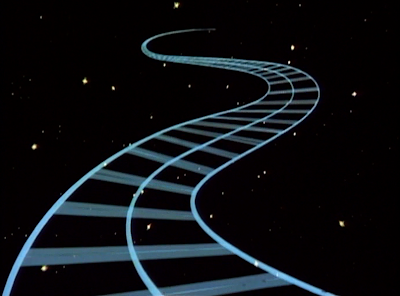 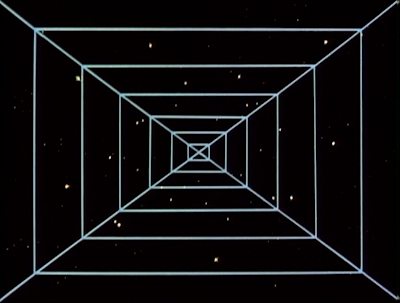 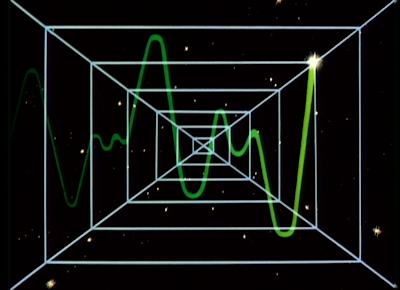 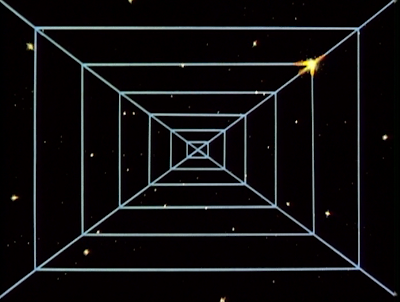 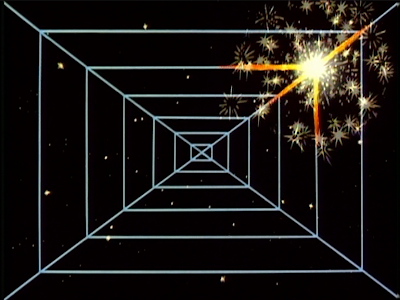 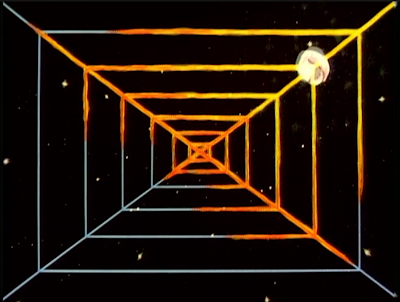 We similarly learn in the montage that "Transuranic, heavy elements may not be used where life exists," meaning that some of reality's "elemental" police may not function in certain realms; their actions restricted to certain levels of reality. In other words, the presence of some "police" in our universe would likely, by their very nature, annihilate us. 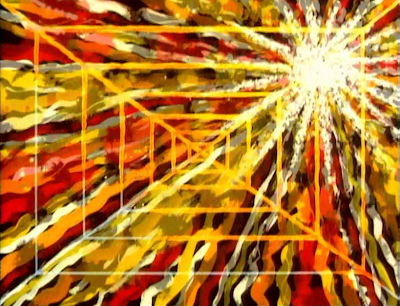 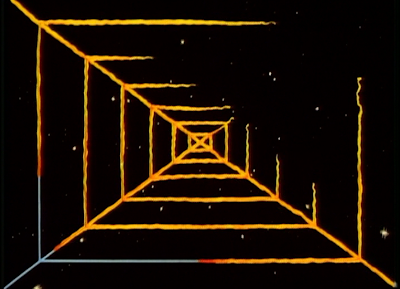 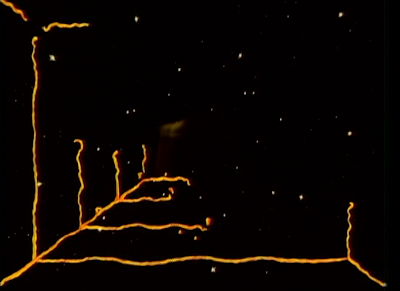 Instead, the Voice of God reports, some medium elements/police are available in our universe, including gold, led, copper, radium, sapphire, and steel, to name a few.

In the next several images, these elements -- in their natural state? -- are introduced, presumably flying off to handle crises in the multi-verse. 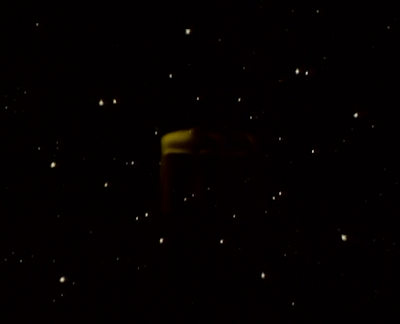 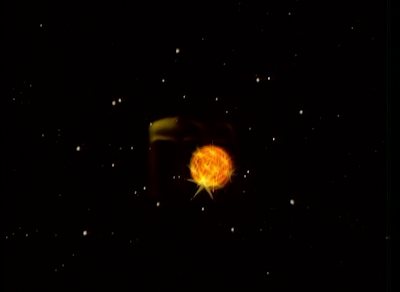 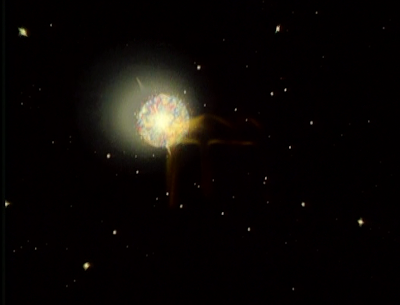 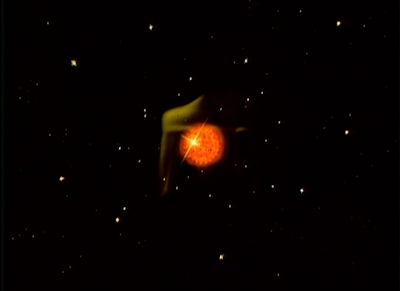 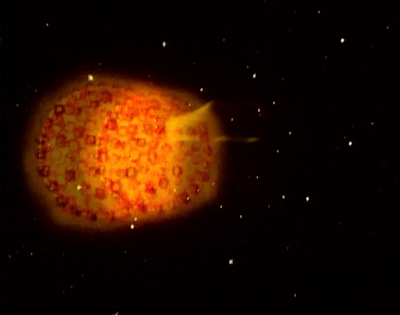 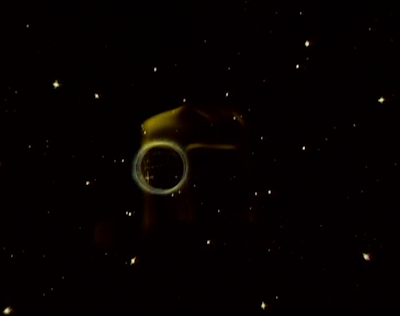 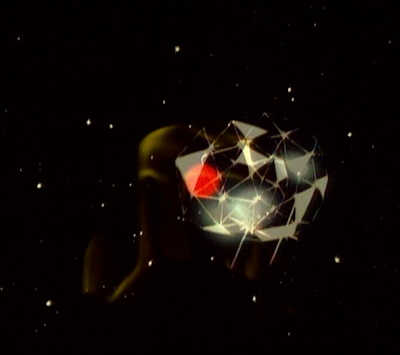 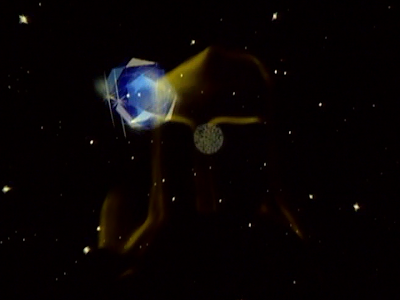 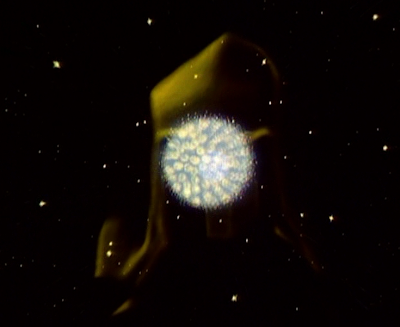 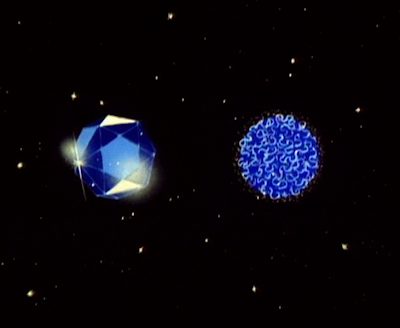 Finally, our two protagonists are seen by side -- as complementary partners -- accompanied by the pronouncement that "Sapphire and Steel have been assigned..." 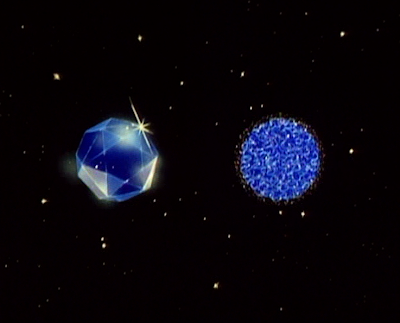 Here is the strange, but imaginative intro in all its glory: