In “To Walk a Mile,” BraveStarr remembers a lesson from the Shaman. When he was a young man, he put on Shaman’s moccasins so he would know how it feels to walk in “another man’s shoes.”

This lesson proves important in a current investigation. Out at a desert waterhole, bandits have been attacking and robbing prospectors.  Although BraveStarr catches Two-Face in the act of robbing a man and his son, the man refuses to press charges against the outlaw.

That man, it turns out, is the former marshal of Rigel 7, Lucas Conway, who turned in his badge after he was responsible for the accidental death of his deputy.

But when Two-Face captures Conway’s son, Mark, and threatens him with death by boiling lava, Conway knows it is time to rejoin the fight… 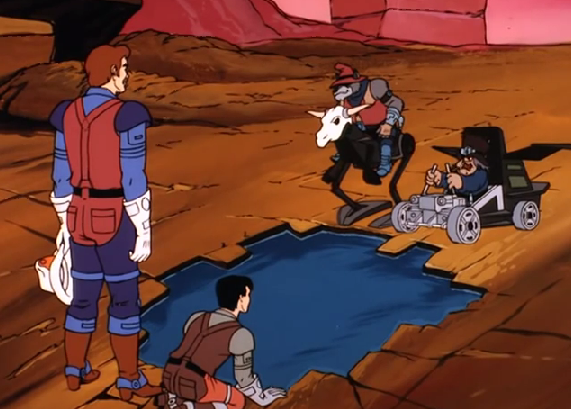 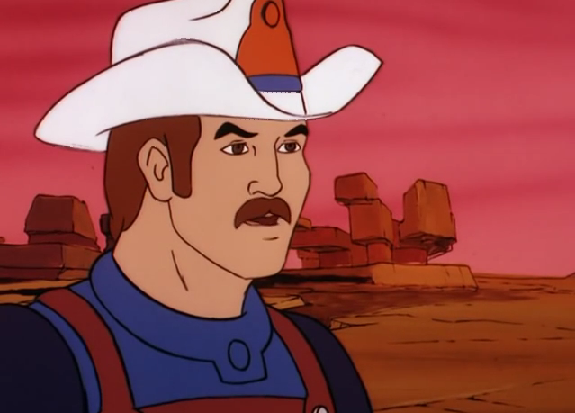 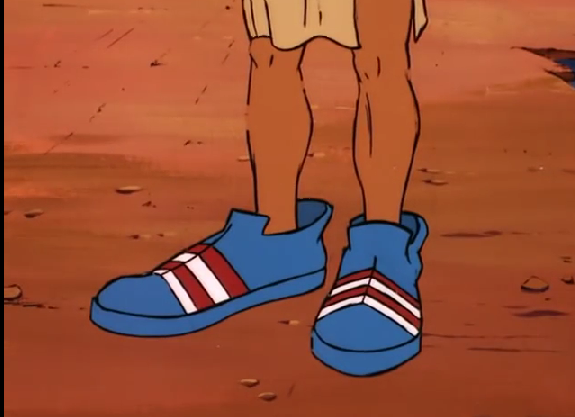 “To Walk a Mile” is almost a note-for-note remake of an earlier BraveStarr episode, “No Drums, No Trumpets.”

In that episode, as you may recall, a former marshal and his young daughter land on New Texas to settle, and run afoul of a bandit named Sandstorm. The family wishes to settle on unclaimed farm land in Peaceful Valley, but Sandstorm wants the property himself.

Complicating the matter, the former lawman -- who once served New Arizona Space Command -- refuses to carry a gun or fight his enemies, because he once killed a criminal in the line of duty. Now his daughter considers him a coward for his reluctance to confront his enemies.

When the lawman’s daughter is kidnapped, however, the former marshal takes up arms, and he joins BraveStarr in an attempt to defeat Sandstorm and claim Peaceful Valley.

So, both “To Walk a Mile” and “No Drums, No Trumpet” involve a lawman who has hung up his badge and six-shooters, a kidnapped child (though the sex of the child changes), and a threat from a bandit, either Sandstorm or Two-Face.  In both cases, the lawman is reluctant to fight because of a tragedy in his past involving an accidental death.

“No Drums, No Trumpets” was the seventh episode of BraveStarr, and “To Walk a Mile” is the seventeenth, according to the order presented on the official DVD.  So there’s just a ten episode gap between two very similar stories. 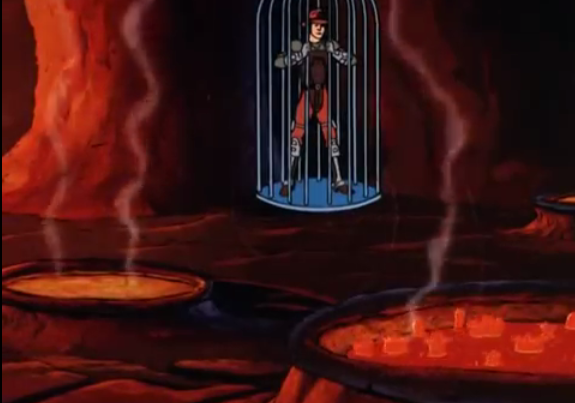 Although “To Walk a Mile” isn’t bad by any means, “No Drums, No Trumpets” felt like a more interesting and valuable episode, in part because it focused on the (ex) marshal’s decision not to carry a gun anymore, a decision which put a fine point on the matter of violence, and how violence is used by legal authorities.  That violence comes at a cost to the psyche, even when it may be considered justified by society at large. And when accidental death occurs because of that violence, the feelings of guilt and shame can be extreme, and difficult to overcome.  “No Drums, No Trumpets” captures this anti-violence idea well, and a bit more directly.

One thing that really works about "To Walk a Mile," is the design of Robo-Shooter, Two-Faces evil minion. That's one cool robot. 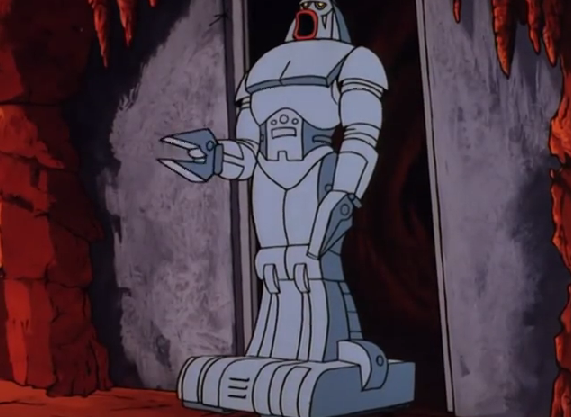