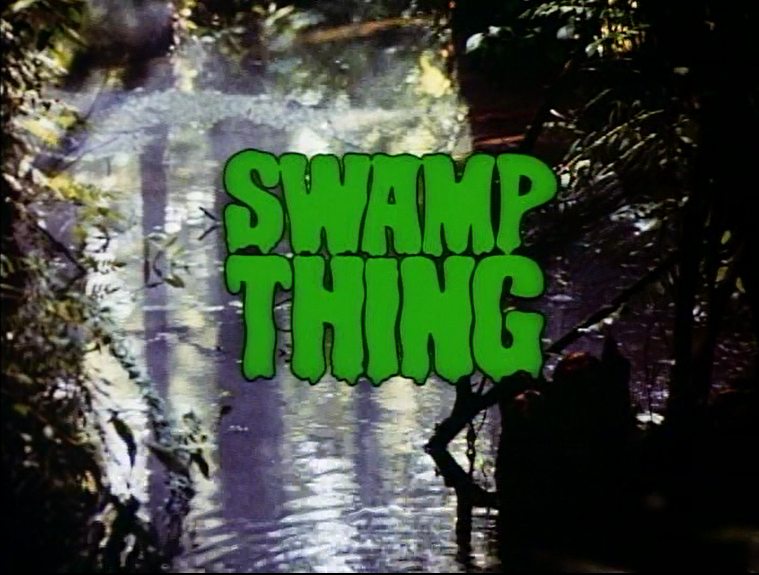 Although it was a low-budget affair airing on the basic-cable USA channel, Swamp Thing (1990 - 1993) actually features a very strong, very lovely introductory montage, one that captures well the essence of the "dark" superhero series.

The opening montage commences with misty, dark views of what could be another planet all together: the swamp.

In virtually all the shots featuring views of the swamp (save for the moment that the title comes up...), the camera is in motion, suggesting that we are prowling or moving about in this world.

We are in motion, traveling, seeing the sights of this strange terrain... 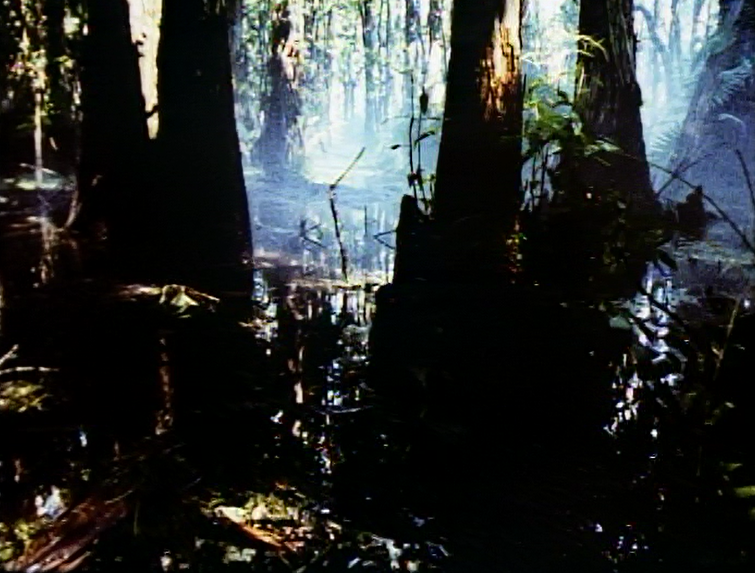 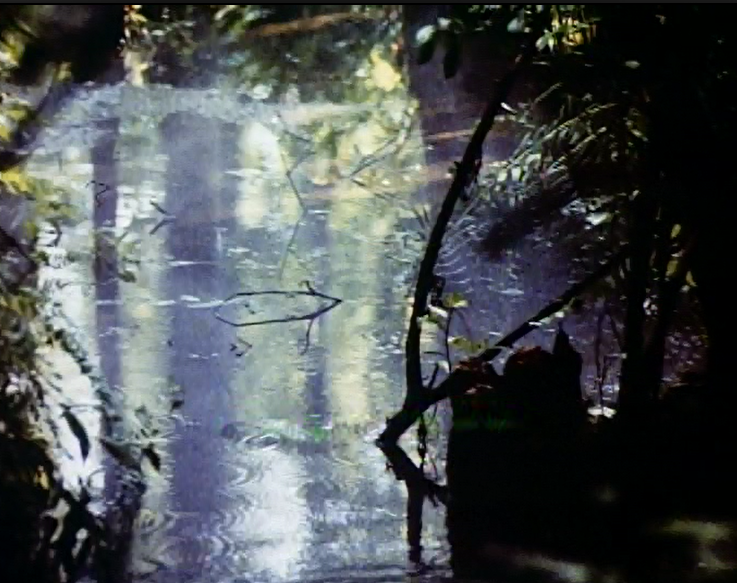 The title lettering, below, is replaced by a view of Swamp Thing's face. We get a look at his focused, monstrous eyes and face.

The implication is that we may not see him at first, in the swamp, but he is ever-present, watching our every move. 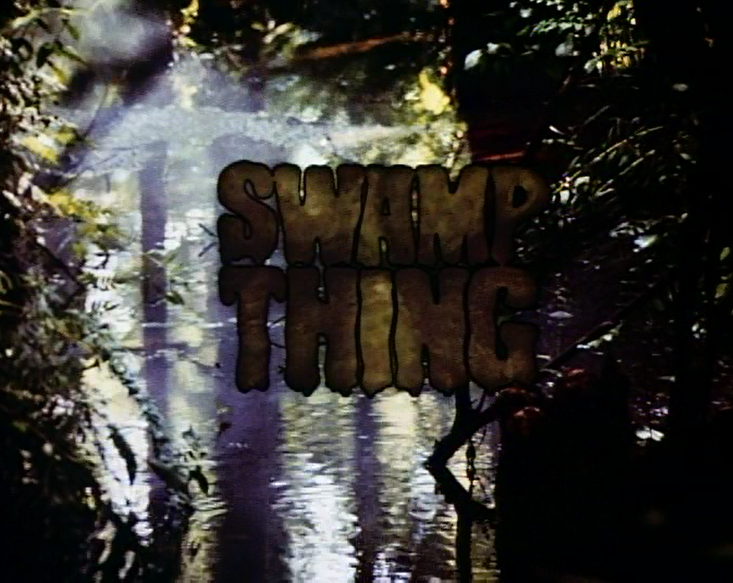 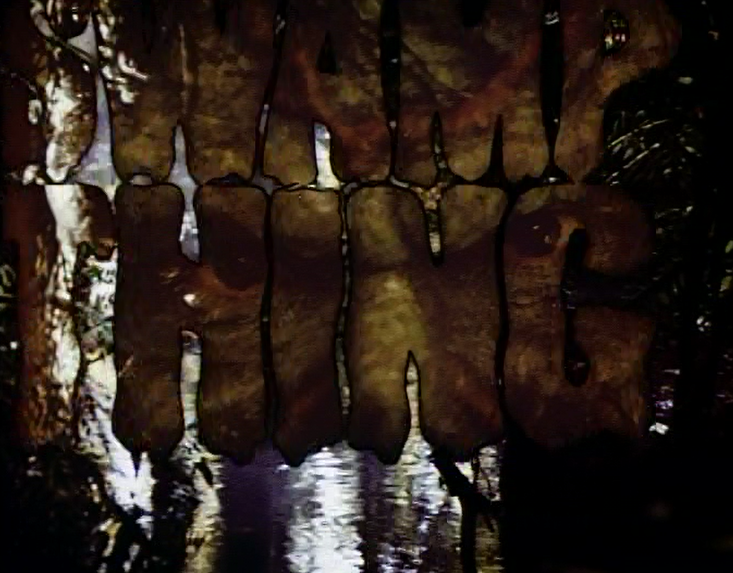 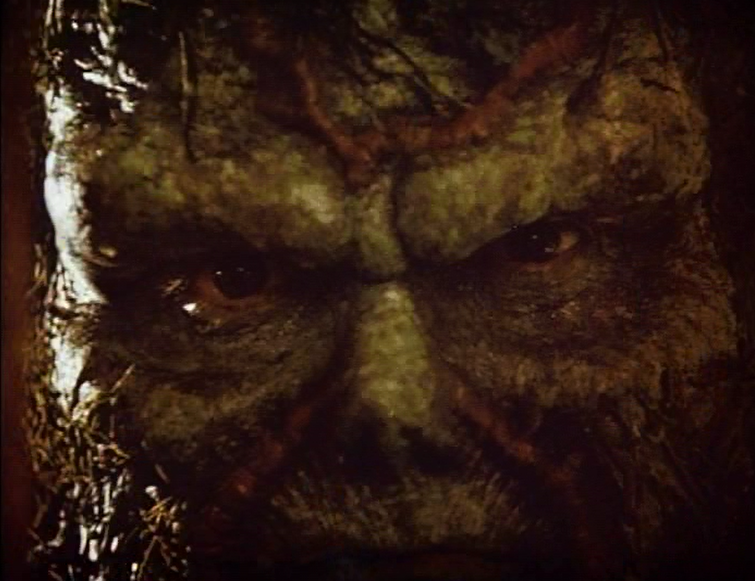 In the following shots, we see many more views of the swamp and wild-life there. Again, the impression is of a terrain of mystery and wonder, beauty and danger. These views of nature (with the camera in motion, again), are inter-cut with title cards introducing us to the series' cast and crew members. 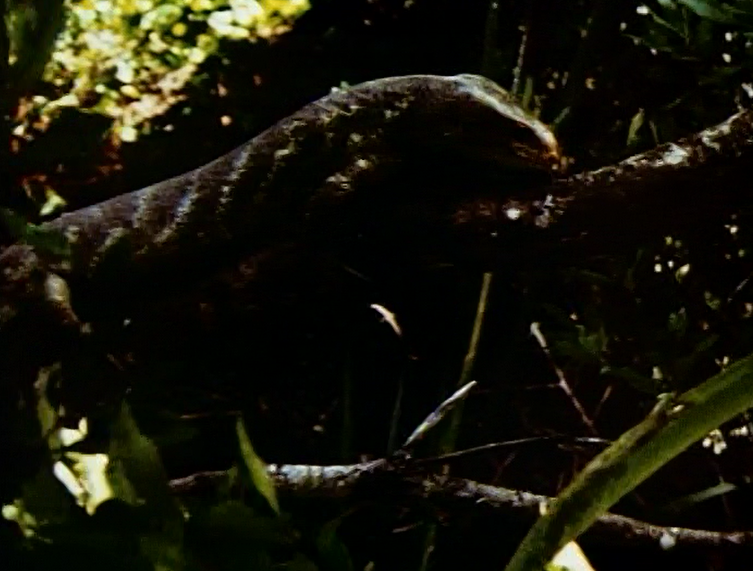 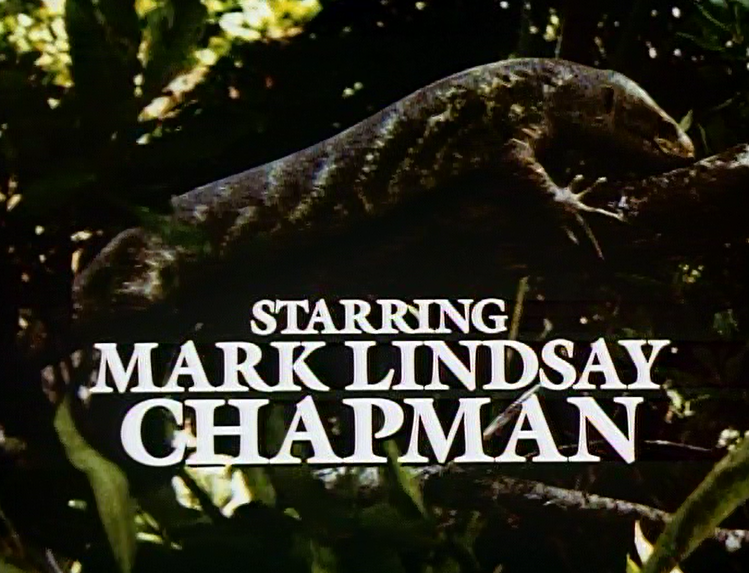 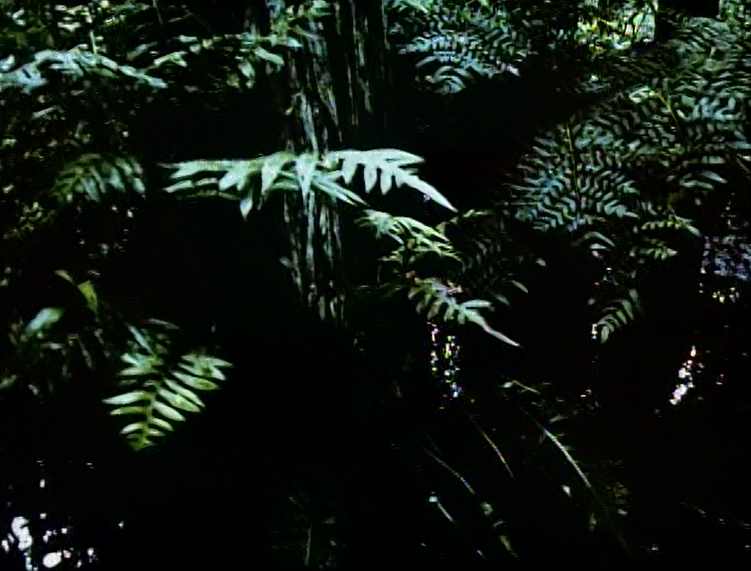 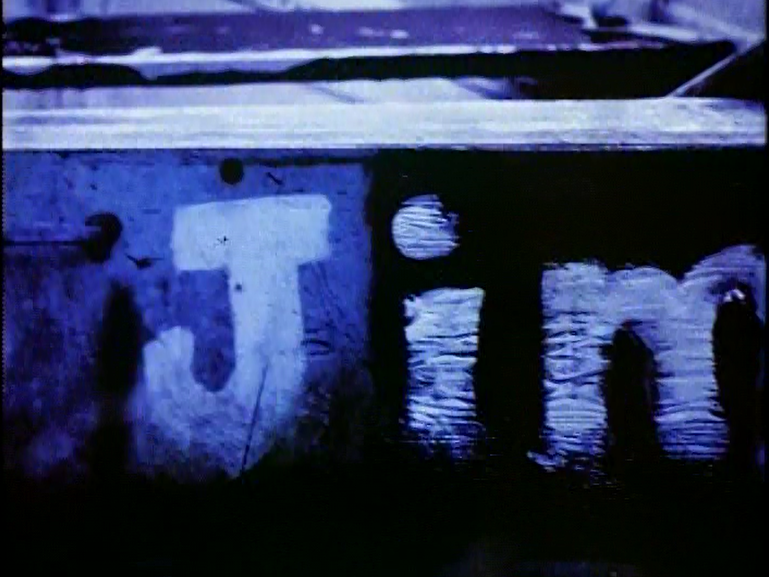 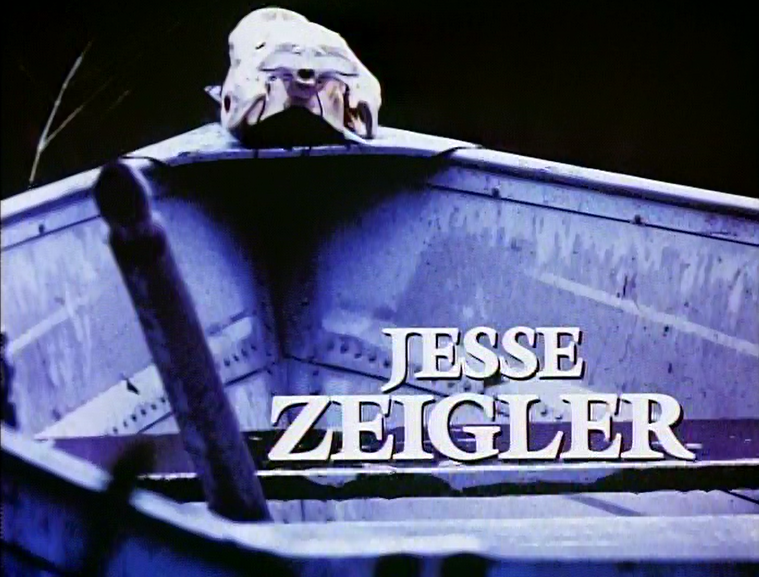 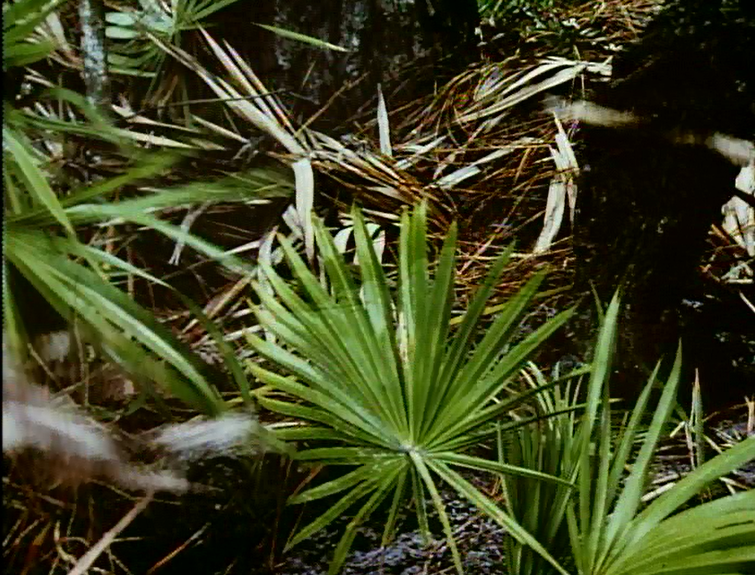 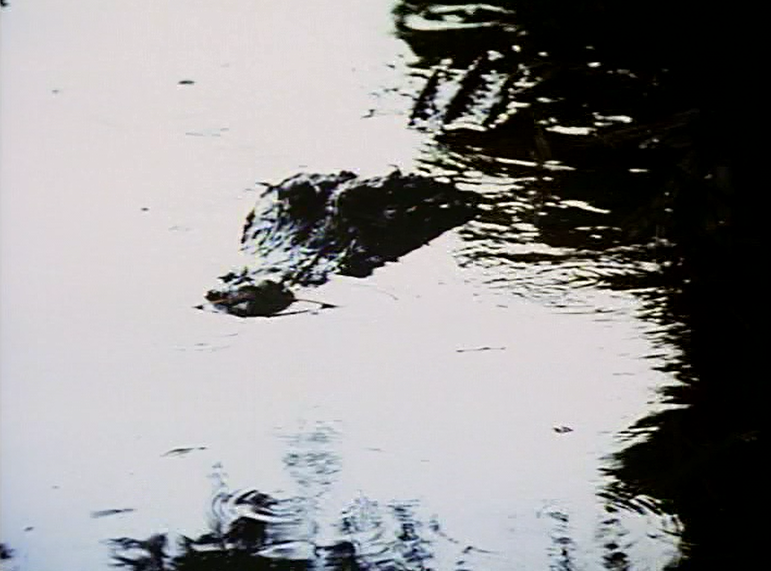 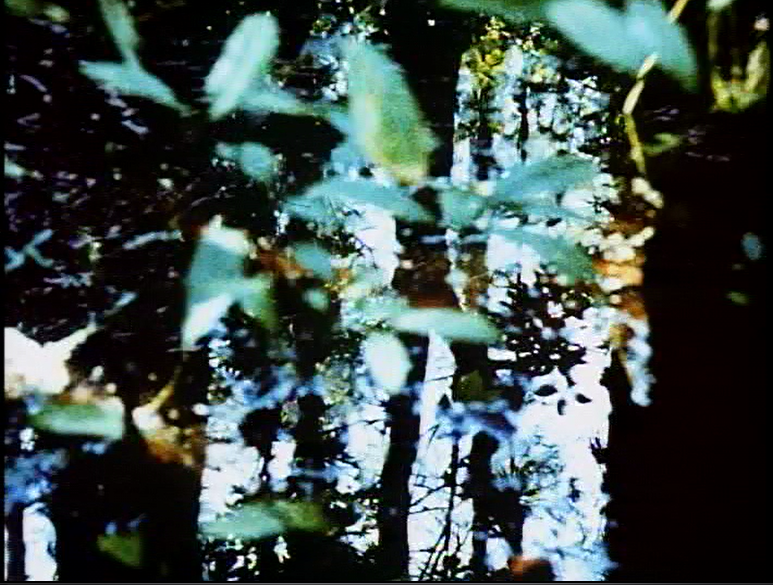 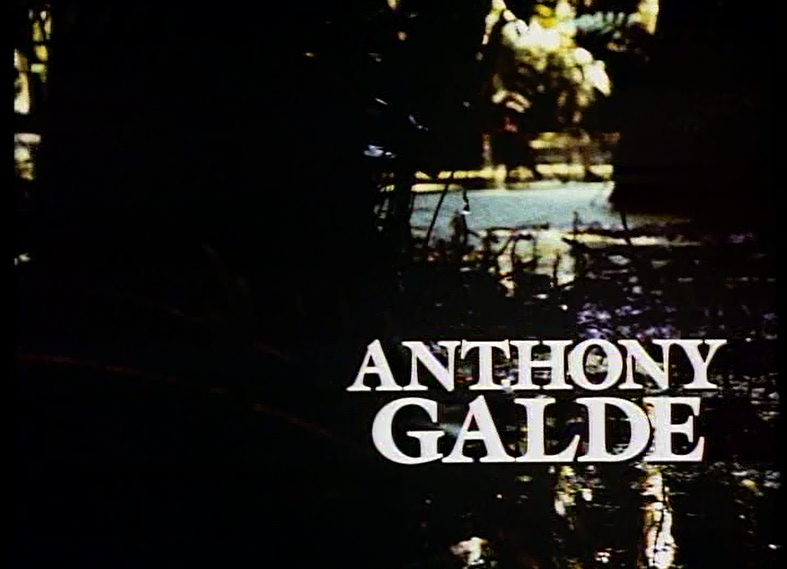 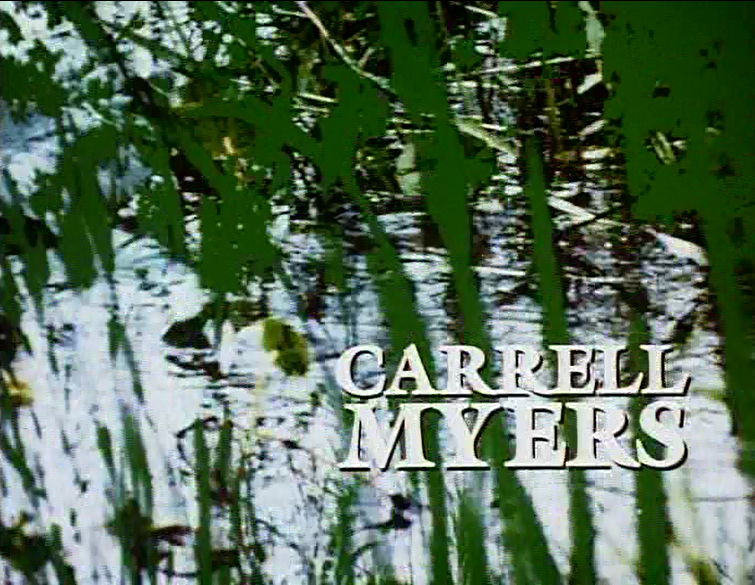 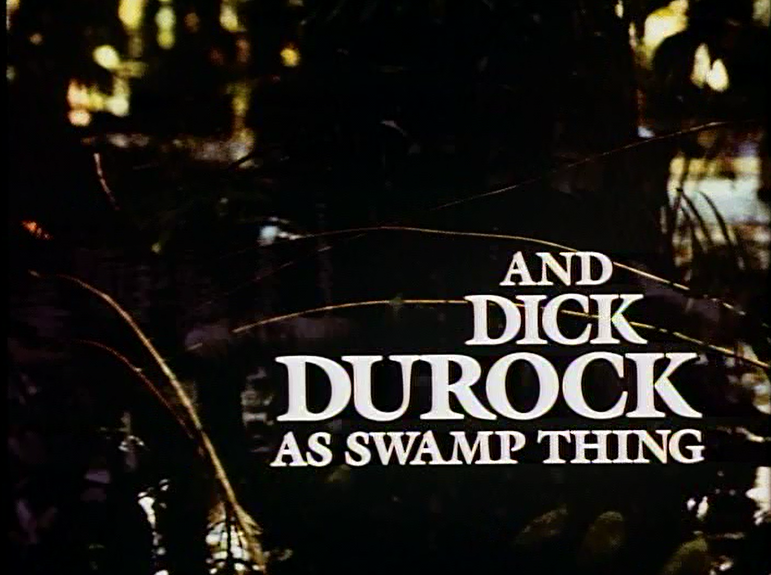 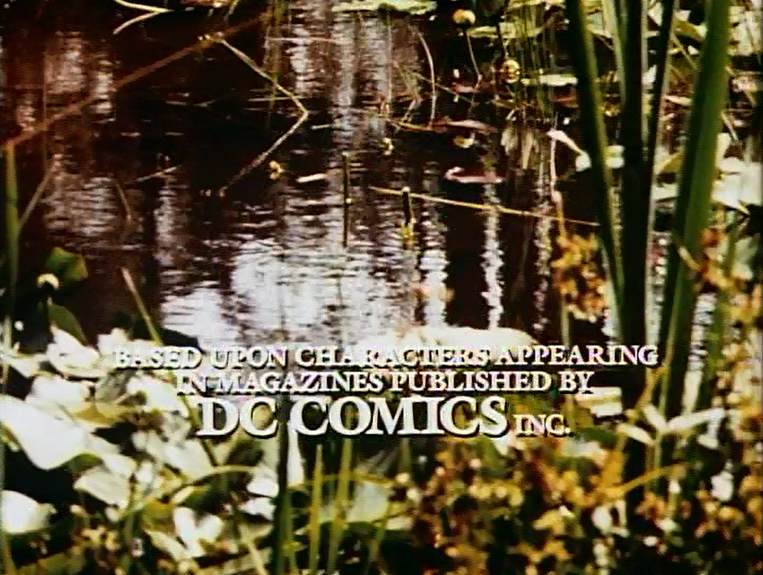 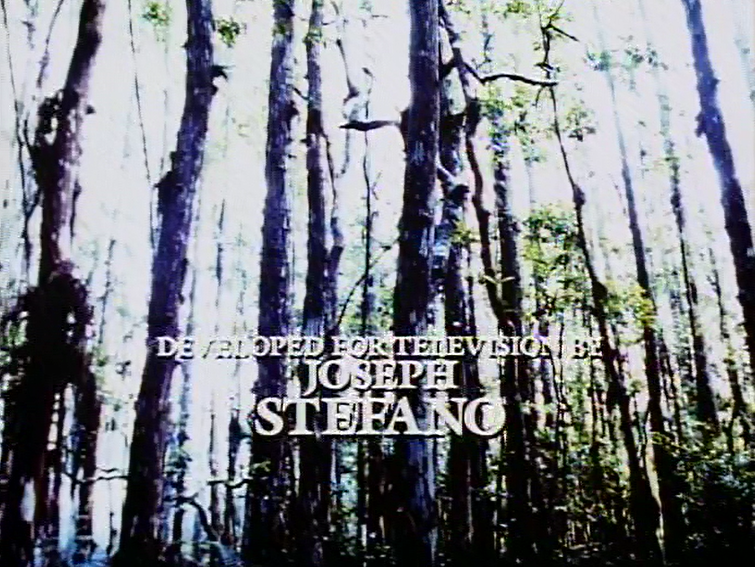 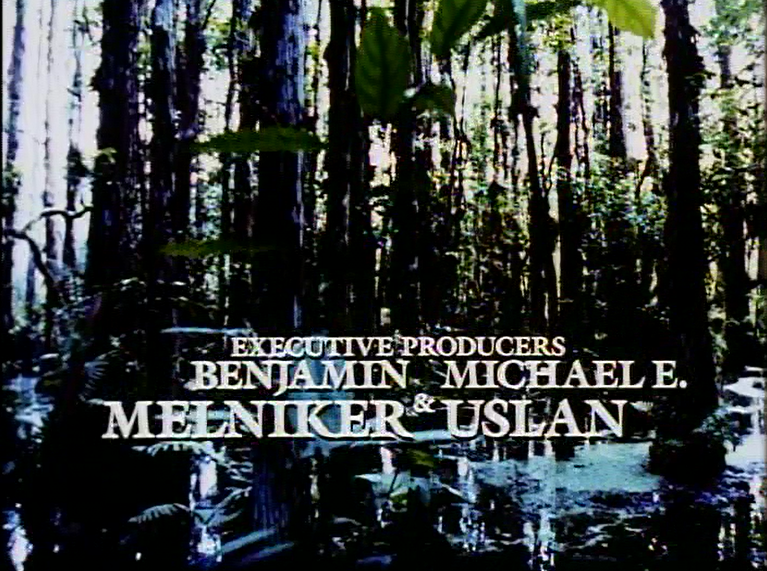 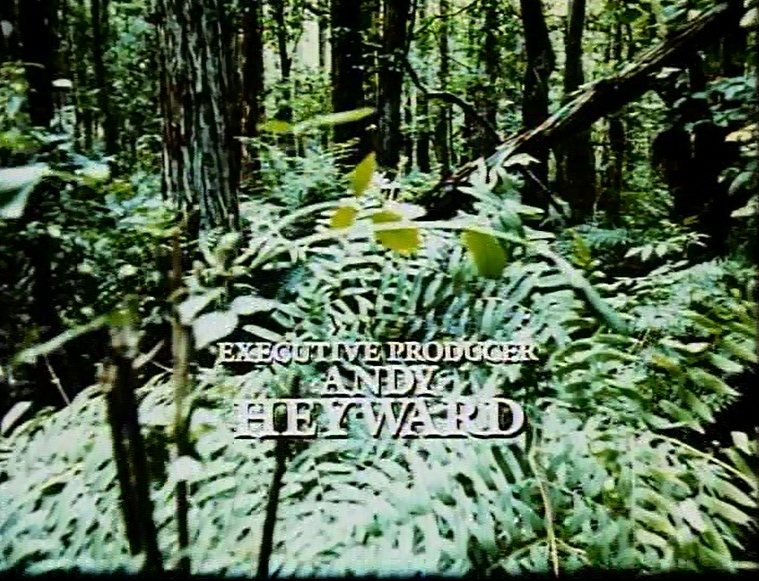 The montage's final visuals take us off guard.

We are still moving through the swamp but, finally, we see Swamp Thing.

He is there, in plain view, but camouflaged by the plant-life of the swamp.

His voice-over warns us not to bring our "human" "evil" to this world, lest we face his wrath.

The opening montage not only shows us his world, and marks him as its protector, but makes us very aware that we do not belong in his world.

We zoom in closer and closer on Swamp Thing's inhuman face, and contemplate his warning.

Despoil nature, and we will face his vengeance... 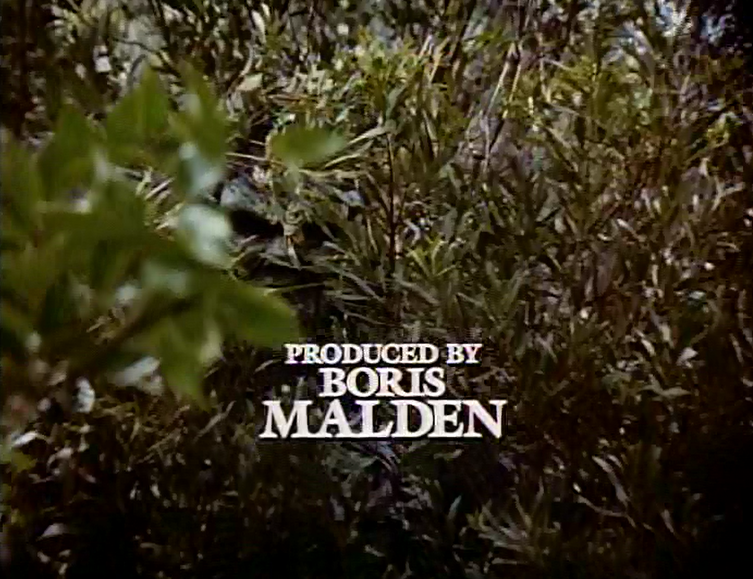 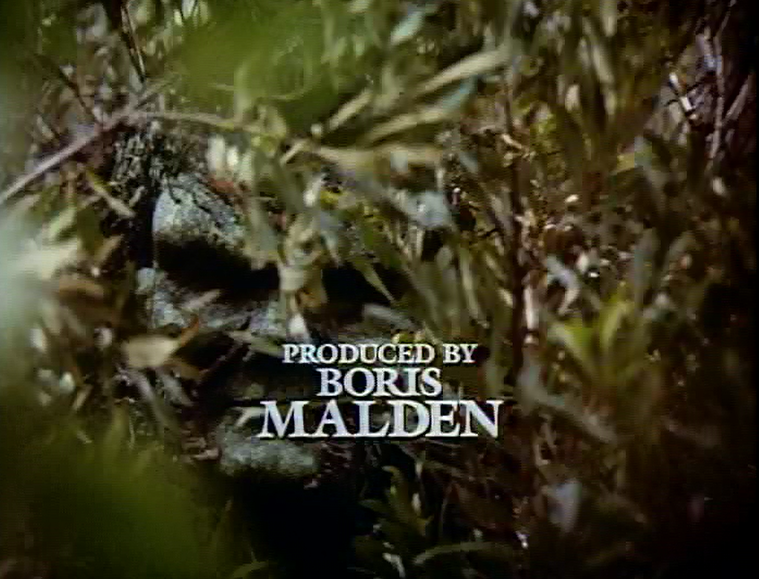 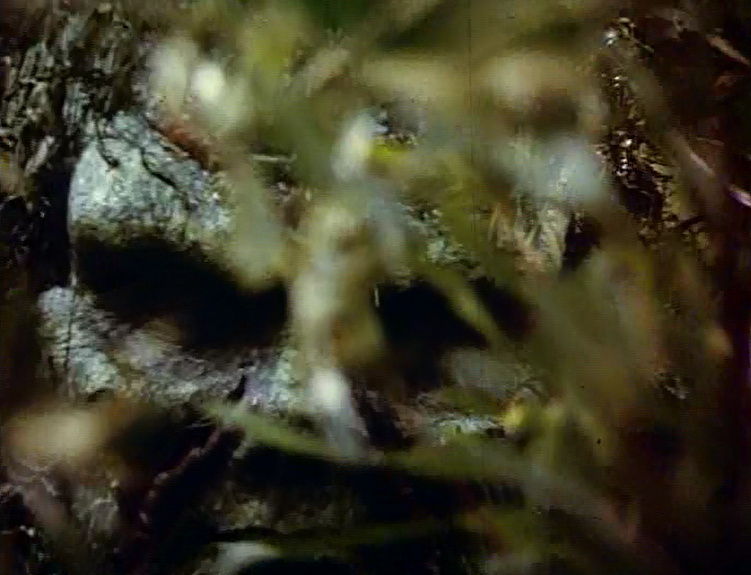 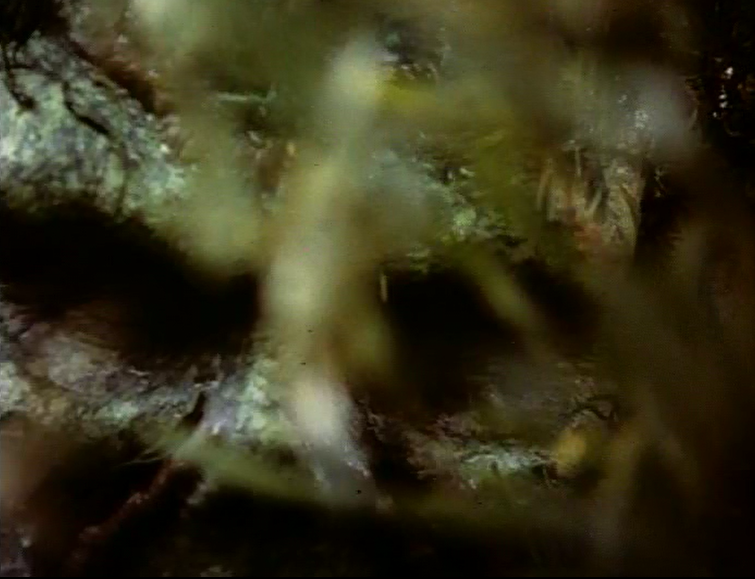 Below, the live-action version of the Swamp Thing opening montage, from later in the series' run.