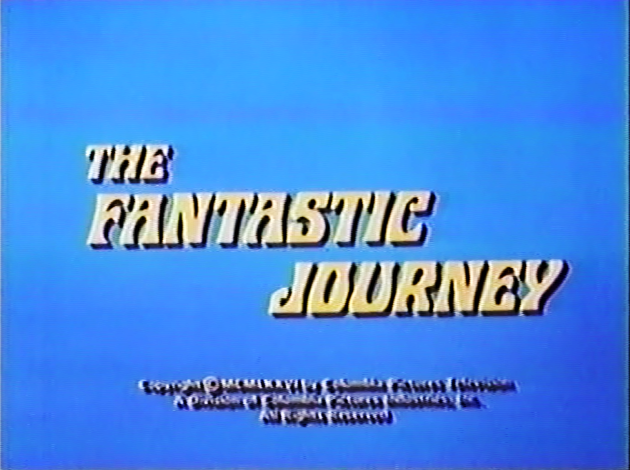 The short-lived science fiction series The Fantastic Journey (1977) involves a diverse group of travelers stranded on an island in The Bermuda Triangle.

The island, however -- because of its unusual location -- encompasses many time periods of the past, present and future.

The series was originally titled "The Incredible Island" and the land itself was called "Evoland."

Although it lasted only ten episodes, The Fantastic Journey underwent many cast and character upheavals during its short life span.  Despite this fact, some of the episodes were  actually quite strong, and the characters are very likable and memorable, particularly Varian, Liana and Willaway.  The series was finding its way when canceled, and if NBC had demonstrated a little patience, the series could have run three or four years, easy.

The introductory montage to The Fantastic Journey establishes the series premise -- a strange green cloud pulls a 20th century sea-vessel into the Bermuda Triangle and the island -- but more than that, finds a visual way of expressing the time-centric nature of the odyssey.

Specifically, many frames of this montage feature three-images each, and with a little imagination, it is not difficult to view this three-way split as being a kind of visual short-hand or corollary for the nature of the island, with three images equaling the three points of the terrestrial triangle: past, present and future.

We begin with the ship, and the ominous approach of the green cloud while it is at sea. 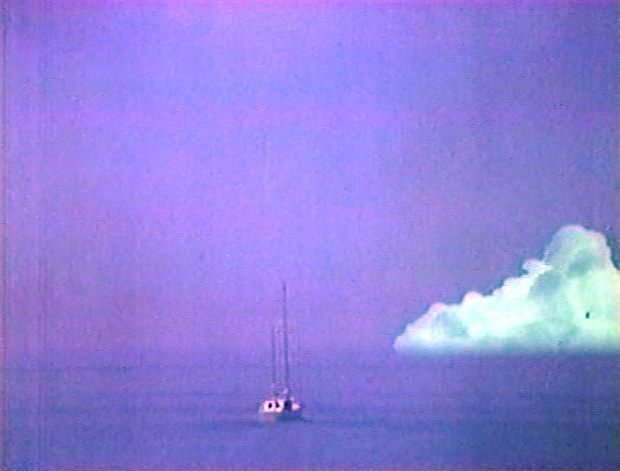 Next, we get the breakdown I mentioned, the same scene fro three separate angles, but in one split-screen.  It's as if we are learning where the ship is headed, after a fashion: to a place where past/present/future merge into one. 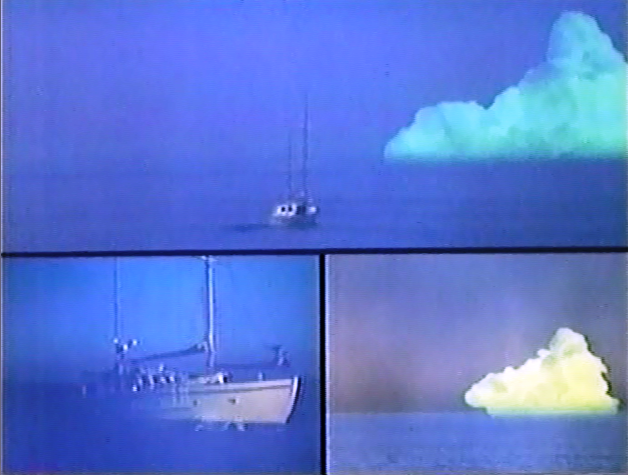 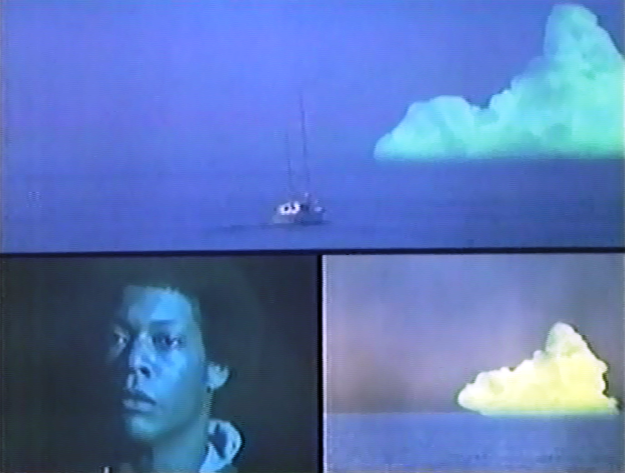 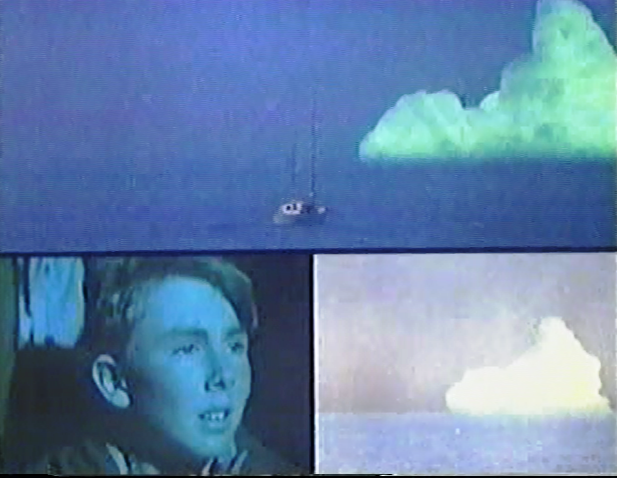 Next, the ship is absorbed by the green cloud, and we get our title card. 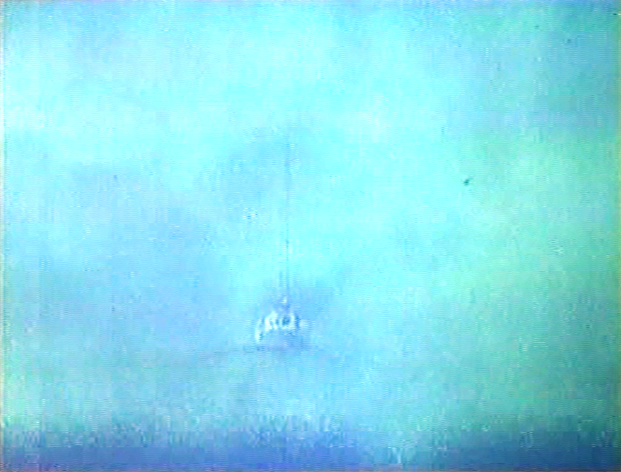 Next in sequence, we begin meeting our cast of characters.

Below, we see Varian (Jared Martin), the man from the 23rd century.

The images introduce his tuning fork instrument as well, a tool on the series that operates much like the Doctor's sonic-screwdriver on Doctor Who (1963 -1989).

This is the only frame in the introduction, incidentally, that features four split screens. The montage would have been more consistent if we got only three, representing past-present-future as I have noted above.

One other point: Varian's imagery is all connected to the futuristic aspects of the island.  There's the advanced tool, but also control panels, an alien brain, and such. 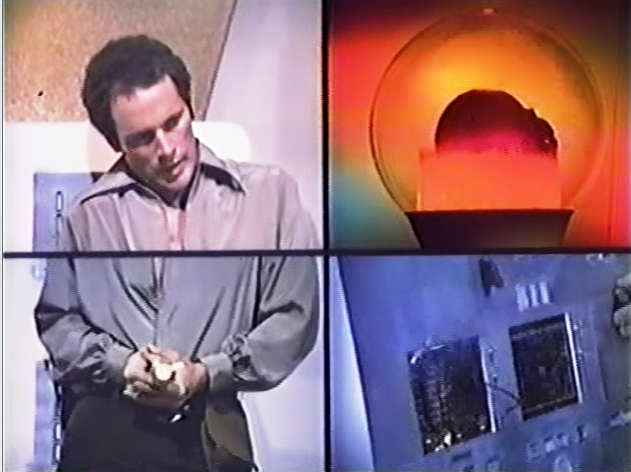 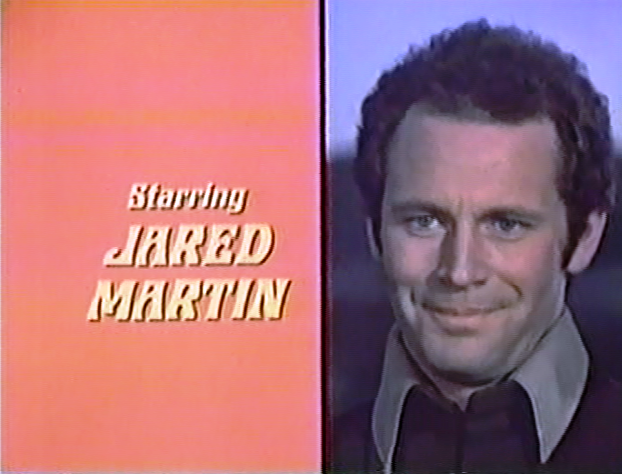 Next, we're back to the three-image dynamic and meet Dr. Fred Walter (Carl Franklin).

His imagery is more natural and organic than that of Varian, revealing details of the physical landscape of the island.  Walter is a man from our present, extremely fit in mind and body -- a true Renaissance Man -- and the imagery suggests these qualities. 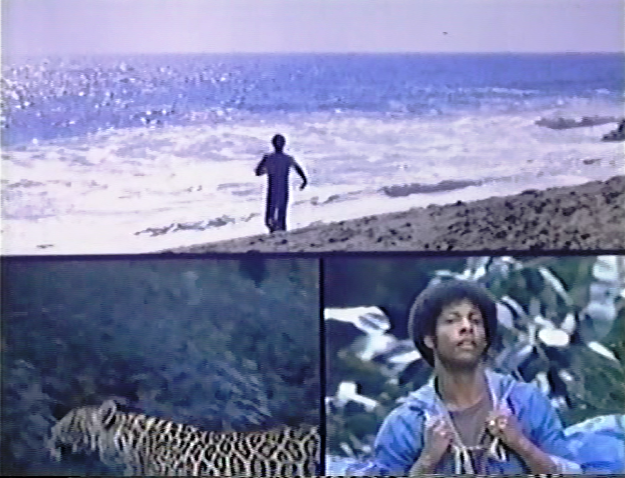 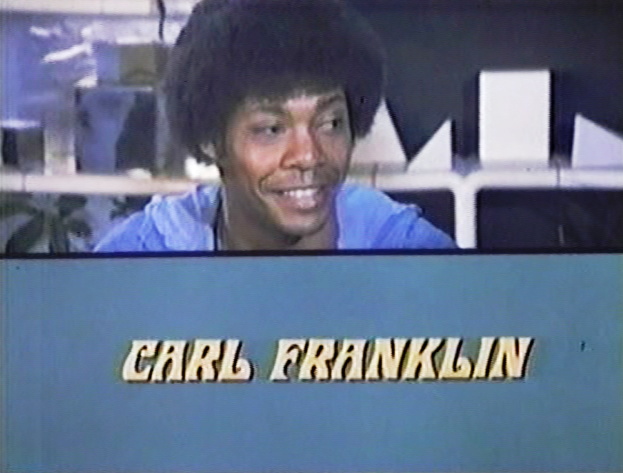 Next, we meet another character from the 20th century, young Scott (Ike Eisenmann). 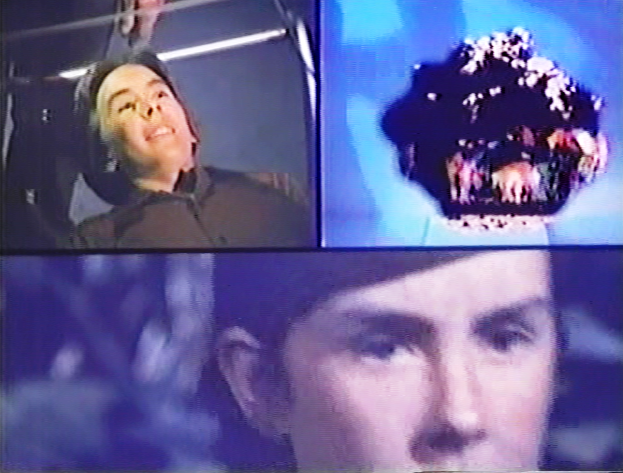 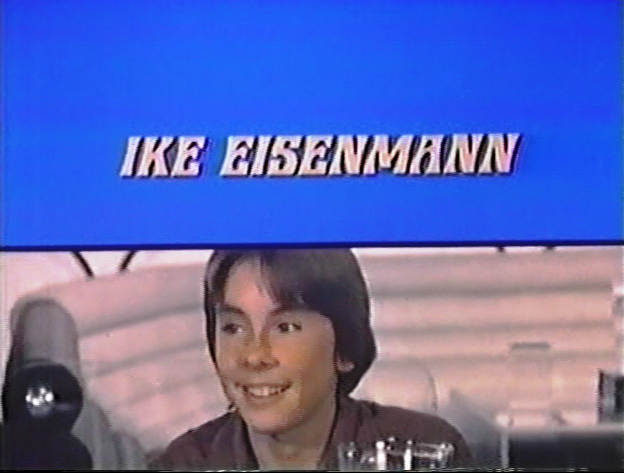 In the frames below, meet Liana (Katie Saylor), an Atlantian of mysterious nature, who communicates with her cat, Sil-El. The images here appear to accent Liana's nature as both an alien and as someone who can communicate with other types of beings (hence the cat...). 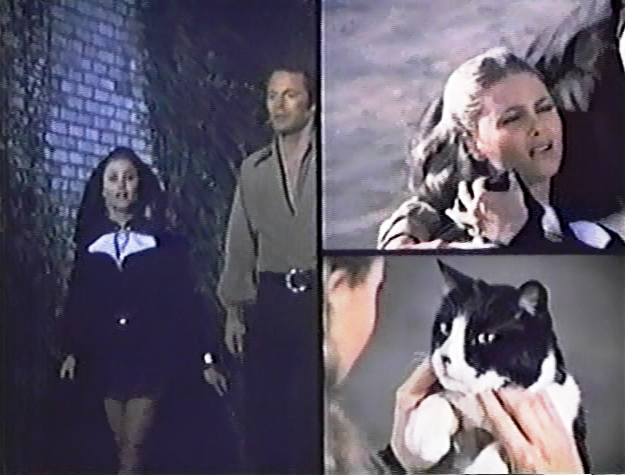 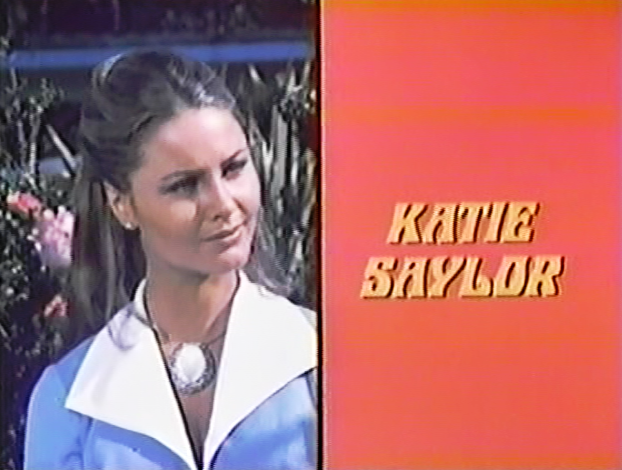 Our final character is Willaway (Roddy McDowall), a man from the 1960s, who often discusses philosophical concepts.

At least one image in the tri-part frame below stresses his connection to philosophy by surrounding him with Greek pillars. 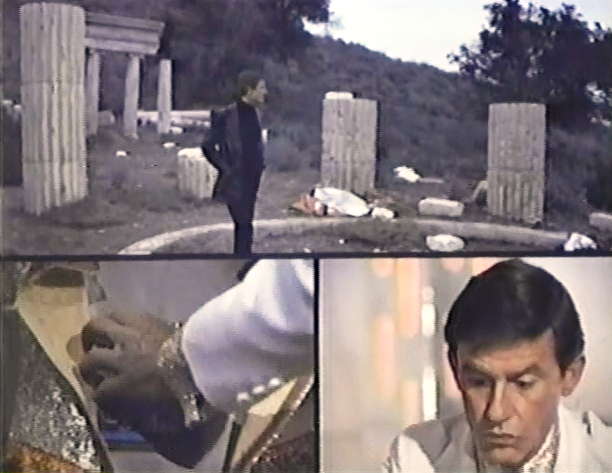 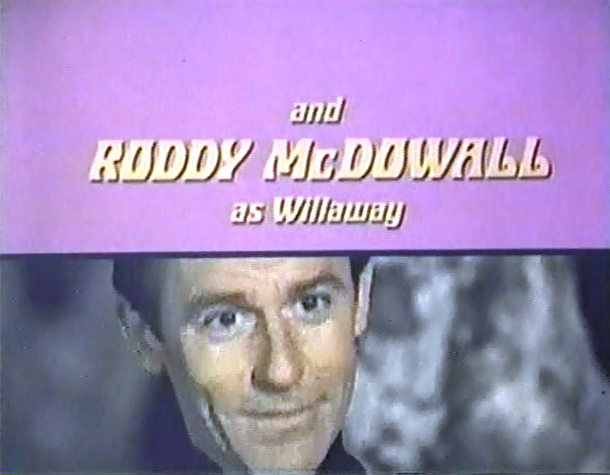 The final imagery of the montage puts everything together.

For the first time, we see the entire group as one -- as an ad-hoc family -- and see imagery of both the future (the gate which transports the characters between time zones on the island), and the past (the ruins of a Greek amphi-theater.).

We have seen how our travelers came to their situation, we have seen their individual characteristics, and now we see them traveling together through the time zones of Evoland. 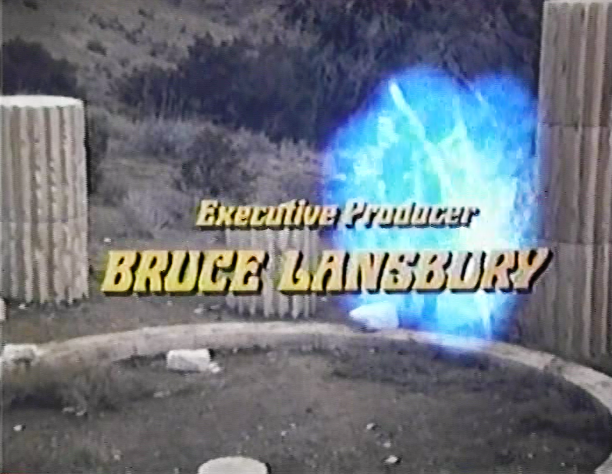 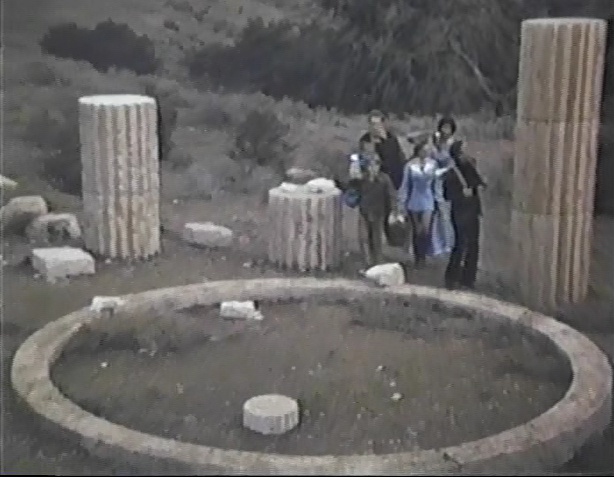 You can see The Fantastic Journey's intro in live-action, below: