Captain Power and the Soldiers of the Future: "War Dogs"

The second episode of Captain Power and the Soldiers of the Future (1987-1988), “War Dogs” is a bit of a disappointment, owing in large part to the fact that the characters are handled with very little depth or humanity, and the story feels familiar and trite. Also, stock footage is repeated quite a bit in the episode.  There’s a claustrophobic aspect to the episode too, and a sense that it was assembled in a tearing hurry. 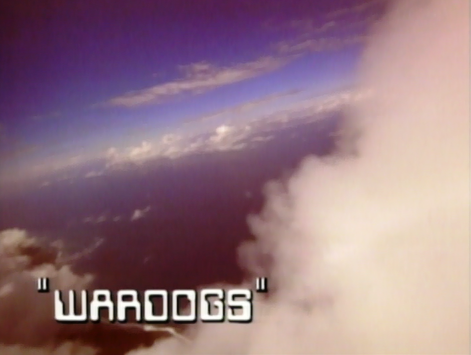 In “War Dogs,” Hawk (Peter MacNeill) patrols over Sector 24, attempting to pin down reports of an unofficial resistance group fighting there. In short order, he encounters the rebels -- who have attacked a Bio Dread convoy -- and helps out.  Unfortunately, the rebels take Hawk for a “Dread Head” and shoot him down.

When Hawk awakens, he learns that he is the guest of the “War Dogs,” a resistance group led by a romantic interest from his past, Vi (Kate Trotter). Her second officers include Keiko (Jane Luk) and Cherokee, who is played by Dances with Wolves (1990) star Graham Greene. 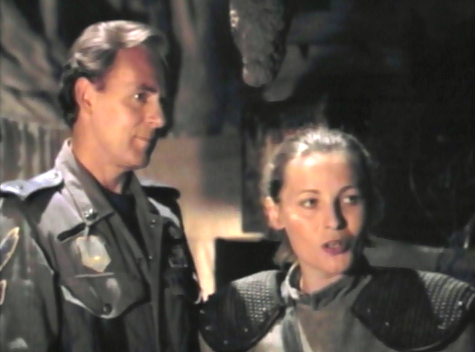 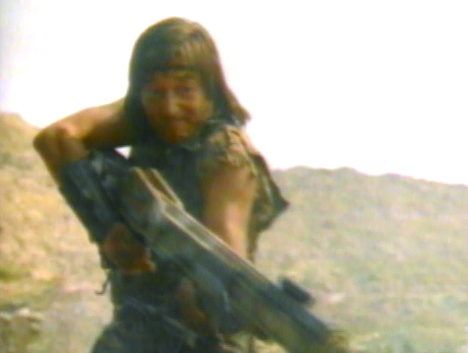 Hawk and Captain Power (Tim Dunigan) petition for the War Dogs’ help in taking down a nearby Dread Installation, but the group is more interested in finding the mythical Eden 2, a city that may have survived the Metal Wars.  In fact, Vi is ready to retire, noting that the “war is over” and that she just wants to “live in peace.”

When Captain Power and his squad stumble into a trap, however, Vi and the War Dogs come to the rescue.  They understand that the conflict continues, and that they must play a part. 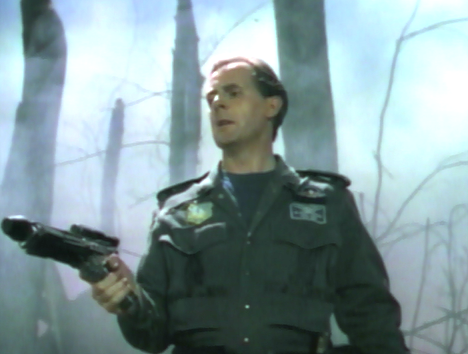 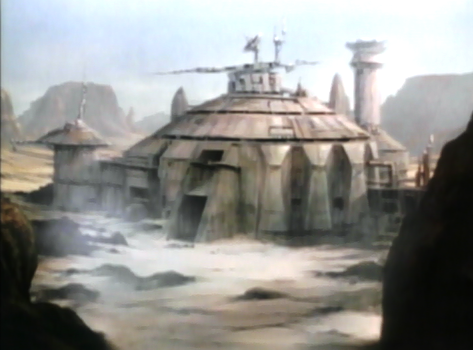 “War Dogs” opens with another sustained action sequence (like the attack on a Bio Dread installation we saw in “Shattered.”) In this case, the War Dogs combat a heavily-armed convoy, and the battle, while well-orchestrated, just goes on and on. In an episode that is only twenty-two minutes, to lose so much time in an action sequence -- when we don’t even know all the players yet -- seems like a questionable creative choice.

Then, also like “Shattered,” a female resistance fighter from the past (not Athena, but Vi) shows up to vex one of the team, but this time Hawk is featured, rather than Power. Vi has a different or competing agenda, and this agenda creates some tension for the heroes.  In other words, “War Dogs” is pretty much the same narrative as “Shattered.”

Stock footage of Hawk’s battle with the sky-flying Sauron from the previous episode is also rerun here, and the good Major is actually shot-down twice in the course of the half-hour. He survives both times unscathed, which makes one question the very premise: that this is a deadly war, fought with deadly weapons. 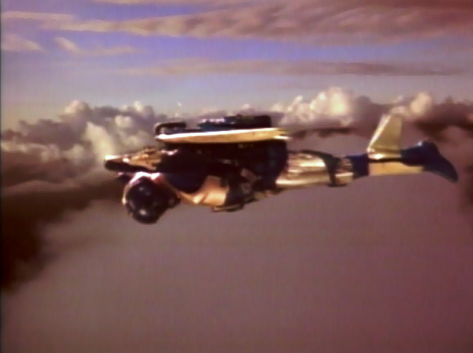 The Bio Dread Installation that Captain Power targets, meanwhile, boasts the same entrance (and guard formations) as the Sub-Station seen in “Shattered.” And, again, many of the same action beats are repeated in the attack on the base.

Specifically, Scout uses his camouflage techniques to save the day, this time mimicking Lord Dread himself, and flummoxing the bad guys.

The most intriguing elements of “War Dogs” involve two things hinted at, but not seen. The first is the aforementioned Eden 2, another sanctuary, perhaps, for humans following the metal wars. The second is Project New Order,” a secret initiative launched by Lord Dread, and one that no doubt bodes ill for the soldiers of the future.

On a personal note, I liked the slang term “Dread Heads,” which I believe was introduced in this episode. It adds a reality to the scenario, because enemies in war are always given derogatory names by soldiers. It is logical that the same idea would apply in this context.

Otherwise, War Dogs genuinely seems to be marking time a bit.  And the fact that the bad guys are mostly interchangeable machines without individual personalities or competing agendas -- like the Visitors on V, for example -- means that the episode transmits as a slapdash cartoon or shoot ‘em up for much of the time. Since the series is so connected with its toy-line, this is a shame. “War Dogs” plays a lot like kid’s stuff that the series writers needed to avoid.

Although “War Dogs” feels like Captain Power treading water or marching in place, the truth is that second episodes are often notoriously difficult ones to vet, as writers and directors move beyond an introductory phase and attempt to determine what kind of stories they can tell successfully. “War Dogs” fills a half-hour, but does so without any real depth or human interest.

Hopefully, the series will hit its stride and find its mark soon. The next episode "The Abyss," is a good one.
at September 23, 2014

Email ThisBlogThis!Share to TwitterShare to FacebookShare to Pinterest
Labels: Captain Power, Captain Power and the Soldiers of the Future