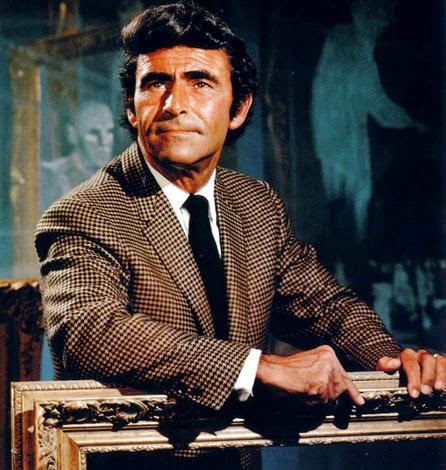 I have been saving this particular “Ask JKM a Question” for the Halloween season for a while, since early summer, if memory serves.  A reader named Jacob writes:

“I read and liked your book Terror Television and I want to ask a question. Who do you think are the three most important creative voices in horror television history and why?  I suspect I know at least one answer, but I would like to read your thoughts about why." 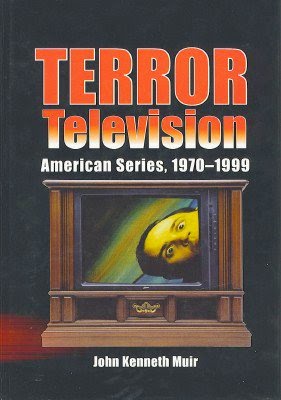 Jacob, first of all, thank you for supporting my work in print. That means a lot to me. And I’m glad you enjoyed Terror Television. I had a great time writing it (all the way back in 1998-1999…).

And secondly, that’s a terrific question.  In terms of quantity and quality, I keep coming up with three names that seem the most significant.

They are (in chronological order): 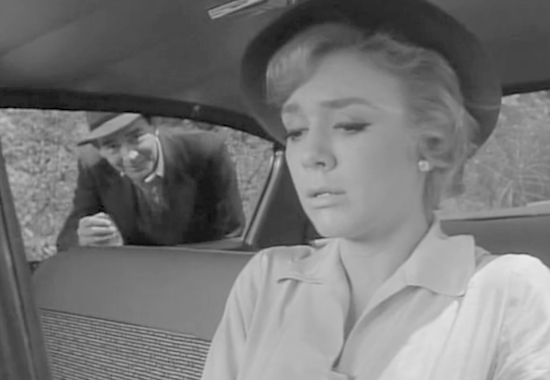 Although The Twilight Zone (1959 – 1964) is not strictly a horror series, a significant number of its stories qualify as such, both in terms of subject matter and in presentation. In its stark, crisp black-and-white, The Twilight Zone absolutely set the standard for horror storytelling in a TV format, featuring well-written stories and ones of authentic terror.

Serling himself wrote (or adapted to television), many of the most horrific tales, from “The Hitch-Hiker” to “The After Hours” (the one about living mannequins in a department store), to “Eye of the Beholder.”  Outside of his own contributions, the series gave the medium pop culture touchstones like Richard Donner’s “Nightmare at 20,000 Feet,” “Living Doll,” the episode about Talky Tiny, and “Come Wander with Me,” about a sinister folk song.

After The Twilight Zone, Serling’s Night Gallery (1969 – 1973) was a straight-up horror series, the first of its kind in color. Although Serling frequently complained about the Jack Laird-produced series, it still holds up well today, and a number of Serling’s stories were produced, including two directed by a young Steven Spielberg, “Eyes” and “Make Me Laugh.”

Between The Twilight Zone and Night Gallery, we have eight years and over a hundred anthology stories, many in the horror genre, that bear Serling’s distinctive stamp. Serling proved, I believe, that horror on television can be both scary and socially conscious (“Eye of the Beholder,” and “The Monsters are Due on Maple Street,” to name just two), and his work, through first run and syndication, impacted -- and continues to impact -- a world-wide audience. 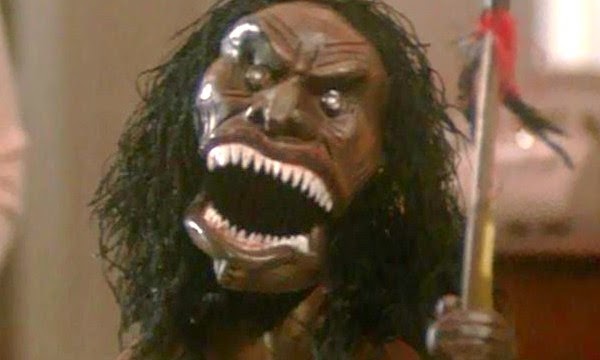 This talent was a writer, producer and director. And at a crucial time in horror television history -- the 1970s -- he proved both prolific and canny in his work.

Curtis created the ABC series Dark Shadows (1966 – 1971) which aired every weekday afternoon on network television, and coupled monsters such as the vampire or werewolf with the elements of the afternoon soap-opera. The series’ ostensible villain, Barnabas Collins (Jonathan Frid), was both a vampire and an outsider, and became a kind of hero of the counter-culture times (much in the same way that Mr. Spock did.)  If you look at the tortured or angsty vampires of later years (Nick Knight, Angel, the Salvatore Bros.), they all have a clear antecedent in Barnabas.

Beyond Dark Shadows, Curtis produced and directed some of the decade’s greatest and most well-loved TV movies, often teaming with screenwriter and legend Richard Matheson in the process. He served as producer on the original Kolchak TV-movie (a ratings blockbuster), The Night Stalker (1972), and directed its follow-up The Night Strangler (1973).

It’s amazing to think about, but at the same time the horror genre was experiencing a renaissance in theaters in the 1970s (thanks to Spielberg, Carpenter, Hooper, Friedkin and Craven), Curtis was almost single-handedly accomplishing the same feat with his made-for-television work. 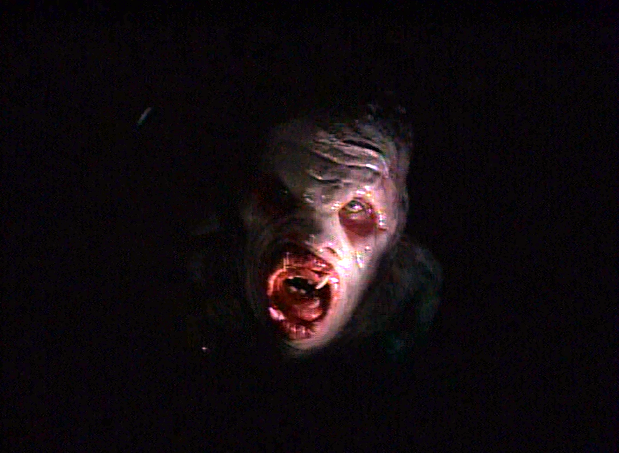 Like Rod Serling and Dan Curtis, this writer/director/producer created a vast body of genre work that practically defines a decade, in this case, the nineties. Chris Carter wrote more than sixty episodes of his series, The X-Files, including some of the all-time scariest, including “The Host” (with the Fluke Man), and "The List."

And much like Serling, Carter then created a second TV series of high-quality, and rival popularity, Millennium (1996 – 1999), and again, its bread-and-butter was horror.  The X-Files and Millennium have been copied approximately a dozen times at this juncture, with J.J. Abrams’ derivative Fringe even using the tag “fight for the future” (a riff on X-File’s “fight the future”), as the latest example.  Now Carter is poised to bring us a new horror series for our time, The After (2014).

Carter not only excelled at creating horror “monster of the week” stories, but introduced serialized horror stories to television as well, and that format has succeeded to this day with the likes of The Walking Dead.  Put very simply, we would probably not have, today, Fringe, Nowhere Man, Dark Skies, American Gothic, Strange World, Buffy the Vampire Slayer, Angel, Brimstone, Freaky-Links, The Others, Prey, and Sleepwalkers -- to name just a few -- if Chris Carter’s The X-Files had not proven that horror can succeed on network television.

Also, Chris Carter's re-invented classic monsters with new twists, in a time in which horror movies were unpopular, and searching for relevance (the early nineties). Basically, every famous monster you can imagine was re-invented on one of his series. You've got vampires ("Bad Blood,") the invisible man ("Unrequited"), the evil doll ("Chinga"), the werewolf ("Shapes"), the Golem ("Kaddish"), the succubus ("Avatar") and so on. While horror had a recession at the box office, Carter's creations made the genre boom at home. 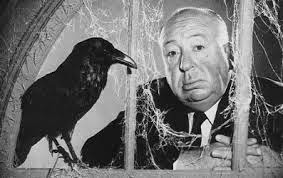 This list would probably not be complete without a mention of Alfred Hitchcock, who presided over Alfred Hitchcock Presents (1955 - 1966) and The Alfred Hitchcock Hour (1962 - 1965). Both of those series, however, tend to focus on drama that we more closely associate with thrillers than with "pure" horror.  But episodes in both catalogs feature moments of high suspense and tension, for certain. Additionally, Hitchcock's work on those TV series gave rise to one of the most important horror films of all time, 1960's Psycho.

Other important voices in horror television include Richard Matheson, whose work was adapted, as noted, to a number of series, including The Twilight Zone and Ghost Story/Circle of Fear. Similarly, Glen Morgan and James Wong have been important voices for twenty years, writing for The X-Files, Millennium, and The Others.Separately, they have worked on American Horror Story and Intruders.

Don't forget to send me your questions at Muirbusiness@yahoo.com