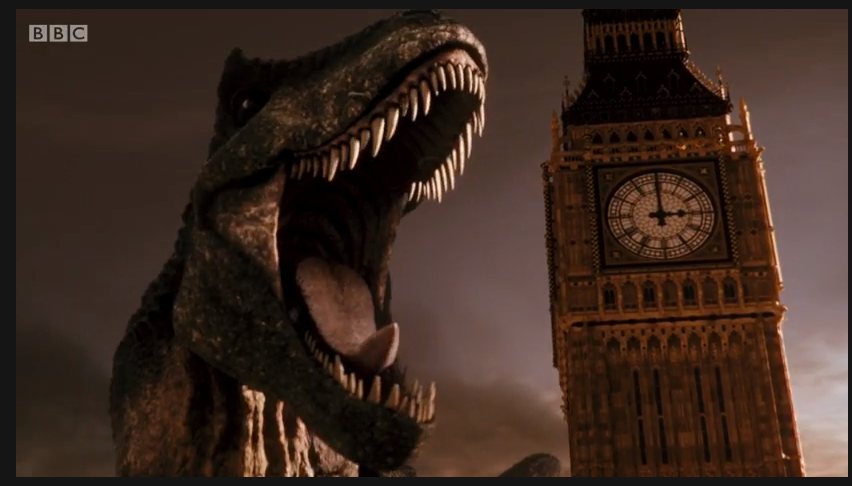 The clock tower called Big Ben, or known sometimes as Elizabeth’s Tower, was built in 1858 and has become a veritable symbol of London and the United Kingdom.

As such, the tower and its clock-face have been imperiled many times throughout cult-television history. Poor Big Ben has been battered, destroyed, and even shrouded by alien spacecraft from time-to-time. 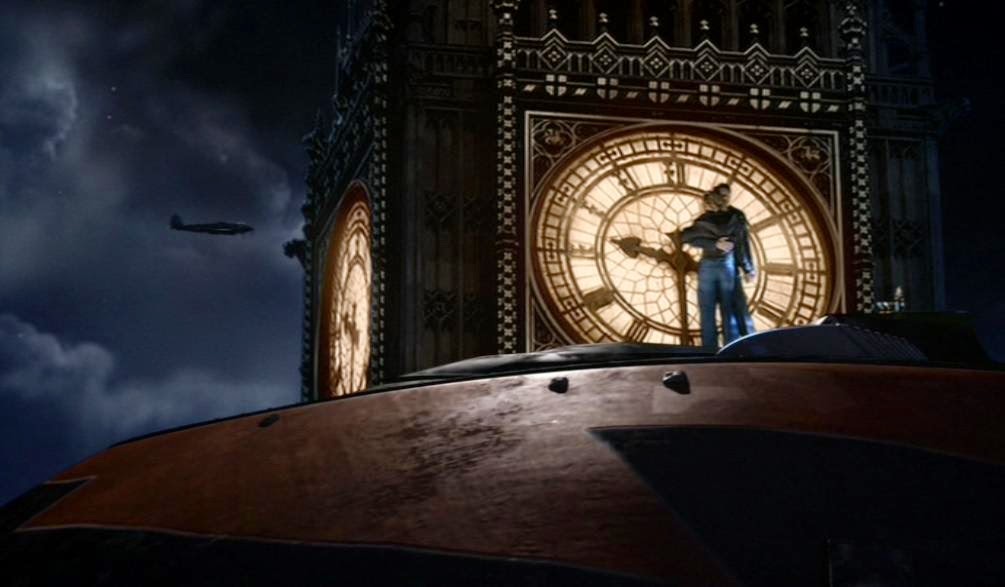 A British science fiction series, Doctor Who (1963 -1989; 2005 – present) has “clocked” in the most appearances of Big Ben, naturally.  The clock tower has appeared in several episodes of series including “Aliens in London,” when a Slitheen ship strikes it on descent, in “The Empty Child” and even the recent Peter Capaldi premiere, “Deep Breath” to name just three cameos. 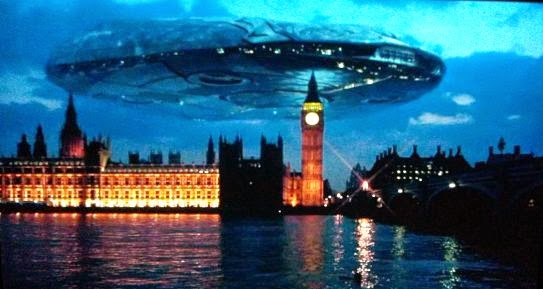 Both iterations of V -- in 1983 and 2009 -- have also featured imagery of giant alien saucers or spaceships hovering nearby or over Big Ben, thereby casting a shadow on humanity itself.

The ruins of Big Ben were also featured in an episode of Thundarr: The Barbarian (1980 – 1982), “Island of the Body Snatchers.”