Terrible news today.  In fact, I have resisted printing it in the hopes that the story would be retracted by the press and identified as a hoax.

Mr. Yelchin was so young, but yet also incredibly accomplished. In fact, in a few short years he racked up a number of unforgettable genre credits. 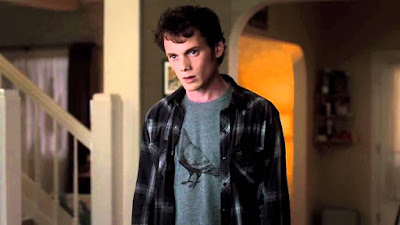 Usually, when I write tributes such as this one, I console myself with the knowledge that we have lost someone who lived well into old age.  I would miss them, of course, yet I know they lived long, and well.

Today, it is absolutely devastating to lose this talented young actor; this man who projected kindness and gentleness, and good humor in every role he made his own.

I offer my sincerest condolences to his family and friends at this time of great sadness.

Email ThisBlogThis!Share to TwitterShare to FacebookShare to Pinterest
Labels: 2016, tribute