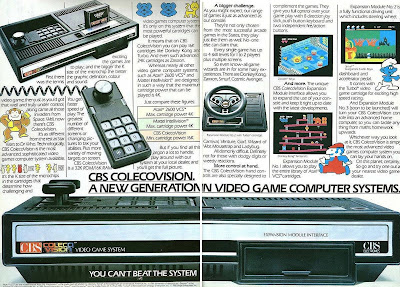 My second Flashbak this week remembers another great video games system of the Golden Age: The Colecovision. 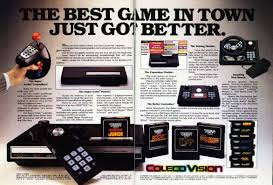 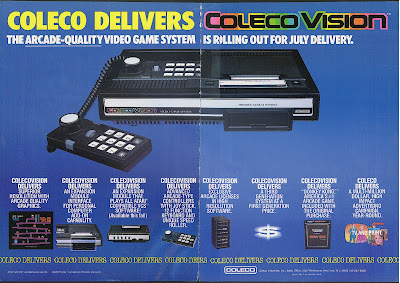 "I’ve devoted a lot of space here at Flashbak recently to the Vectrex, Atari 2600 and Intellivision, just a few of the most cherished video game consoles of the late 1970s early 1980s

When I think of the original, golden age of video games 1978 - 1983, however, I always think in terms of those systems.

But there is another.

I had a dear friend in middle school and high school who lived on the other side of town and got a Colecovision for Christmas in 1982.

Colecovision came bundled with Nintendo’s Donkey Kong (where Atari came with…Combat), and that wasn’t the only great game in the system’s stable.  Colecovision’s Zaxxon was -- up to that point, anyway -- the most advanced-looking home video game I had ever seen in terms of graphics and play.  It absolutely lived up to the system’s advertising promise of “arcade quality” games.

Even the ‘super’ controllers for the system seemed a quantum leap forward, with deluxe models that had a roller, a 12-button keyboard, and a trigger grip.

Coleco Industries sold over one million Colecovision unites in one year’s time (1982-1983) and quickly became the most beloved game unit on the market..."

Continue reading at Flashbak.
at November 29, 2015