Ask JKM a Question: Do I Always Expect Readers to Agree with Me? 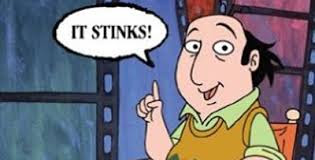 "When you write movie reviews do you secretly or not-so-secretly hope that people will agree with your conclusions?" 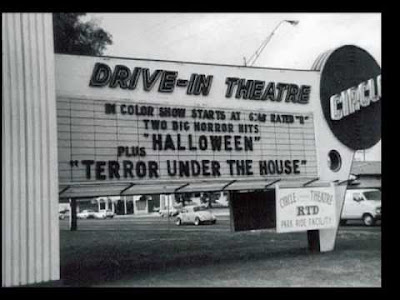 Jessica, the simple answer is that I try really hard not to have expectations on that front.

What I hope for is that people will watch a movie after reading a review here, and feel armed with one way to approach the film in question.

Readers may agree, disagree or dismiss my analysis. It's really up to them.

My job, as I see it, isn't to convince anybody of anything, only to present a well-reasoned interpretation that adds to the conversation.

I will often talk about film grammar, visual imagery and theme in my reviews -- so I have concrete things to point to -- to buttress my case. That's important, so readers can also look at those factors, and then decide on their own if I read them rightly/wrongly.

Regular readers here, over the last -- almost eleven(!) -- years, have often devised alternate readings for films, felt my analyses went too far, or that they didn't go far enough.

Some readers may be diametrically opposed to me in terms of politics, but agree 100% with what I write in terms of themes (for instance, those involving parenting).

I remember having dinner with a prominent movie critic friend probably a decade ago, and feeling bad that we had such different assessments of certain films we talked about.  She put me at ease and said, "We don't have to agree about everything."  She was right, and her comment was so smart and on point.

I feel the same way about my reviews and this blog: We don't have to agree on everything. I know many, many readers disagree with my feelings on the Nolan Batman films, or the Marvel films, for example. Hopefully those readers come back, even though we disagree on the value of these productions.

In broad terms, my task is to approach a film, interpret it the best I can, and then inform the reader what I saw and felt while watching. If I start worrying about whether or not people will agree with me, I might shy away from certain readings, or avoid certain ideas. I'll start to censor my reviews ahead of time.

So -- I hope, anyway -- there is no obligation for me to sway minds, or for readers' minds to be swayed.

The only obligation we all have here is to be respectful to each other during the on-going discussion of film.